A Look Back At ECNL National Training Camp 2019, Best XI of Olders & Youngers

RICHMOND, VA (August 8, 2018) – Under beautiful Oregon skies, ECNL National Training Camp 2019 kicked off in stellar fashion at the University of Portland. Split into two groupings of player selections, the “olders” group had their segment of National Training Camp first and was held from the July 22nd through July 27th. The “youngers” were slated to begin their portion of the camp from July 26th until July 30th.

As a whole, both segments of ECNL National Training Camp brought together 140 of the nation’s most talented athletes so that they could train and compete under the guidance of some of the best coaches in youth soccer. To see that much talent on the field at one time is a sure-fire spectacle for all involved, coaches and staff alike.

Ending their segment of camp in memorable fashion, the olders were granted the chance to play their final exhibition game at Nike World Headquarters. This was also the first day that the youngers had their chance to take the pitch, so before the game took place the youngers carried out the first training session of their camp segment. Not only was this beneficial for them to get acclimated to their respective coaching staffs, but it also granted them the opportunity to practice on Nike soil. Once youngers training ended, the six groups sat at on the sidelines and watched the future stars of tomorrow take to the pitch at Nike for a thrilling game.

While the older’s game ended in a 1-0 victory in favor of the Red team, in all the entire experience was a rewarding and wholesome opportunity for every athlete involved. It was truly a culmination of all the hard work and dedication that these athletes put in throughout the duration of their training camp, which was concluded by a post-game meal in the Tiger Woods Center. At the post-game dinner and closing ceremony, the Commissioner of the ECNL was joined by the Conference Selection Program Director to announce the Best XI for the olders camps.

Here are the Best XI of the olders camp for ECNL National Training Camp: 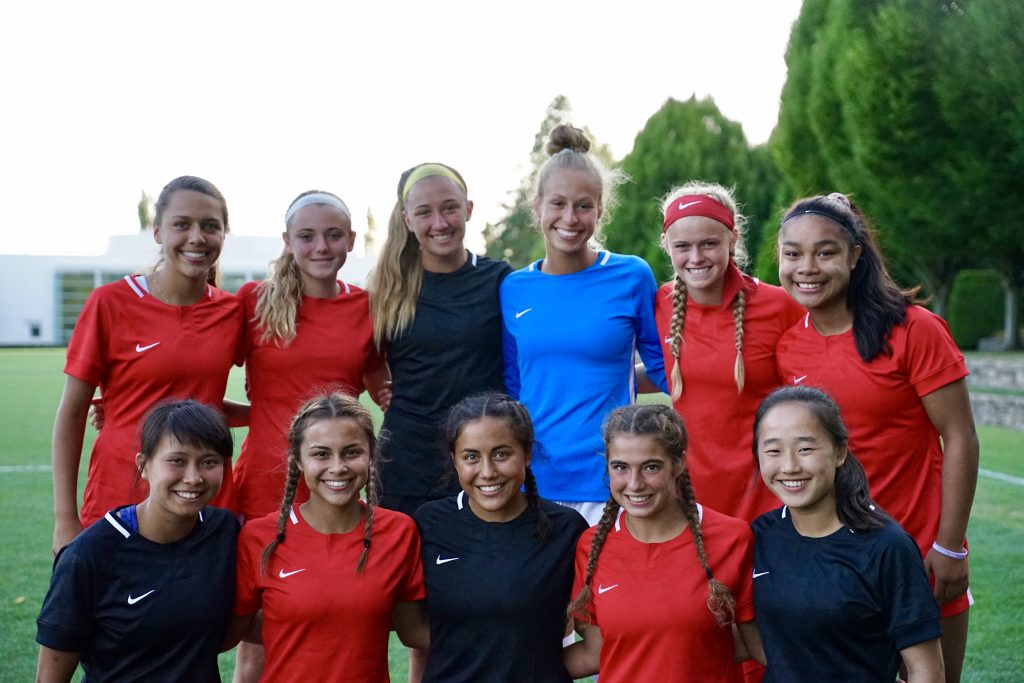 Due to the larger number of invitees for the youngers camp, the youngers were divided into six teams and would go on to play three sets of exhibition matches. The intensity was consistently high and athletes were ready when their numbers were called, especially when braggings rights were on the line. After being spectators during the olders game at Nike World Headquarters, the youngers knew what to expect in terms of what was asked of them. National Training Camp was certainly a proving ground.

The quality in the competition did not disappoint from any of the teams, and each group performed to the best of their capabilities acting as one cohesive unit. Again, to see such talent on display is pure entertainment. It was incredibly easy to feel the energy during each game and to see which teams developed chemistry faster. Once the final whistle sounded on the last slate of games, the Commissioner and Conference Selection Program Director took center stage to close out National Training Camp on Merlo Field at the University of Portland. The Best XI of youngers camp was comprised of some of the nation’s best athletes, whose hard work and progress really stood out amongst the rest.

Here are the Best XI of the youngers camp for ECNL National Training Camp. 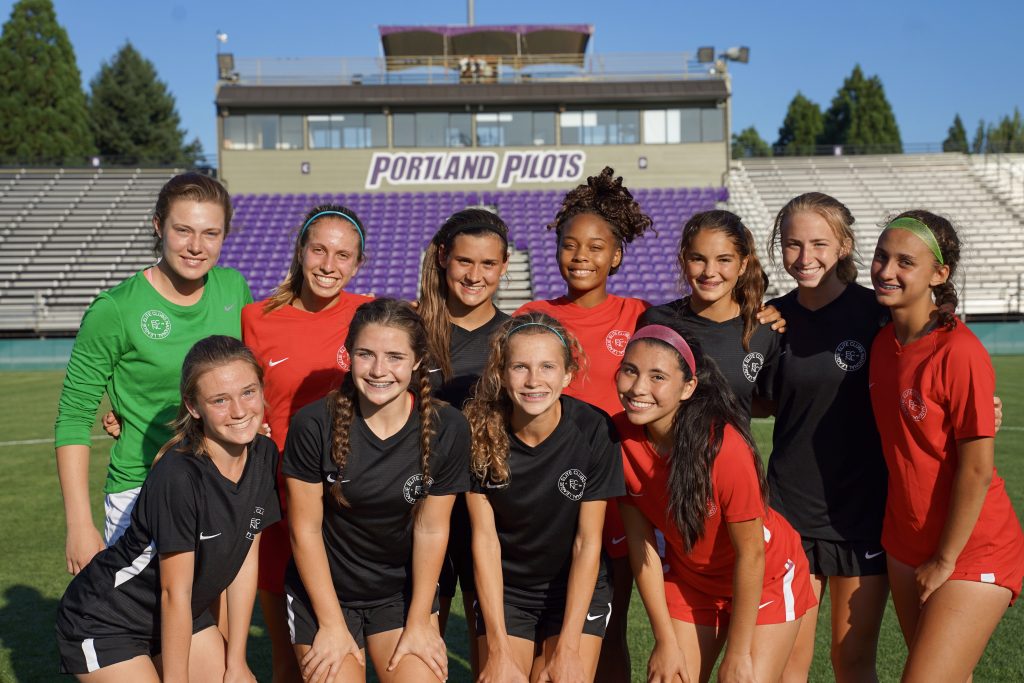 About Girls Elite Clubs National League: The Girls Elite Clubs National League (Girls ECNL) was founded in 2009 to enhance the developmental experience of female youth soccer players in the United States through: (i) improving the competitive environment through the creation of a true national competitive league; (ii) improving the process for identifying elite female soccer players through a systematic scouting and identification program based on national competitions; and (iii) improving the daily training environment at top female youth soccer clubs through developing best practices and training and organizational guidelines for its member clubs. The ECNL is sanctioned by US Club Soccer and is sponsored by Nike Soccer.