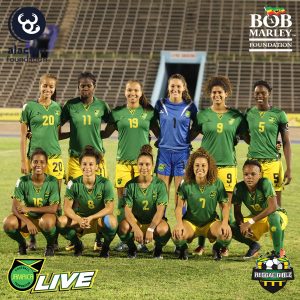 RICHMOND, VA (October 23, 2018) – The Jamaica Women’s National Team is heading to the 2019 FIFA Women’s World Cup for the first time in history, with an ECNL coach at the helm and multiple ECNL Alums on the field.  Head Coach Hue Menzies is a Jamaican native and the Executive Director of ECNL ‘All-in’ Member Club Florida Kraze Krush, and his team includes eight players who currently play or who played in the Girls ECNL:

The ‘Reggae Girlz’ of Jamaica became the first Caribbean nation to ever qualify for the Women’s World Cup when they defeated Panama on penalties in the CONCACAF third-place game. Menzies has overseen the program since his appointment as Technical Director for the Jamaica WNT in 2014. 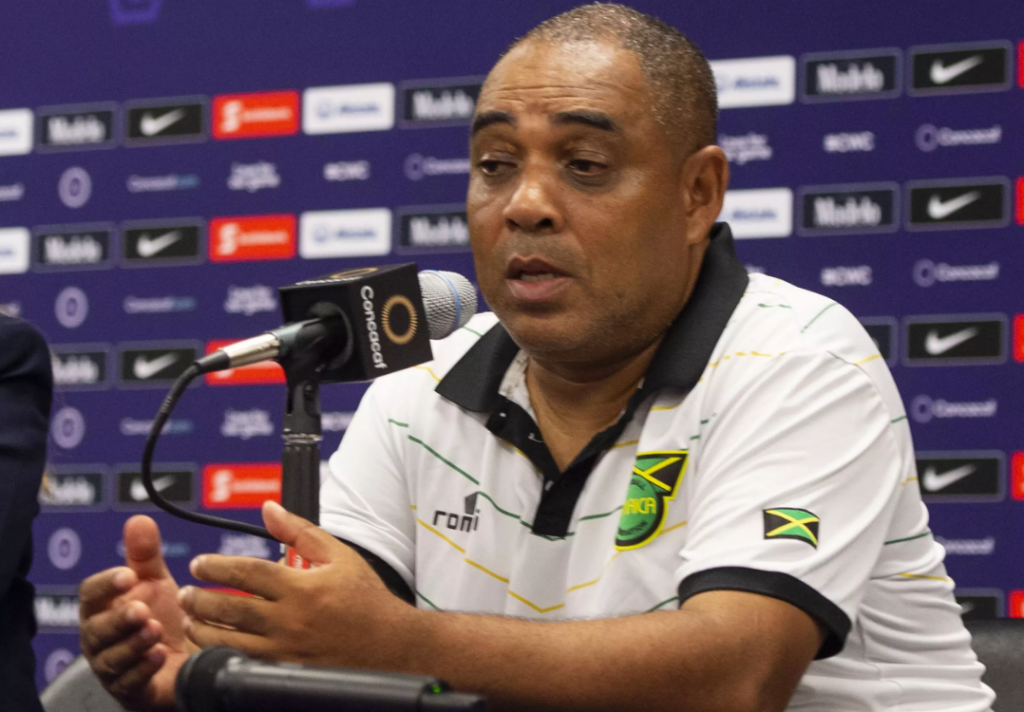 We caught up with Menzies following CONCACAF qualifying to discuss his coaching career, the qualifying process and his goals for the 2019 FIFA Women’s World Cup.

How long have you been coaching? What drives you to continue to coach?

I was a sophomore in college (1983) when I decided to coach a team for the first time.  I wanted to share my knowledge as a player and make a little extra money, so I coached while playing for the American Soccer League for two years. After graduating with my bachelor’s degree, I decided to take some time off from soccer and pursue a graduate education. I worked at Merrill Lynch for six years before deciding to walk away from the corporate world. In 1993, I jumped into coaching full-time, and I know it is where I am supposed to be. I am driven to help kids through soccer, and strive to leave a positive imprint on each of them.

How long have you been involved in the Jamaican WNT program?

After the 2014 CONCACAF qualifying campaign, I was asked by Ambassador Cedella Marley (first born of Bob Marley) to be the Technical Director of the Jamaican Women’s program. It was an honor for me to be able to give back to football and my country.

What obstacles have you and your team faced in Jamaica?

We have faced numerous obstacles…

How have you overcome those obstacles, and what work has yet to be done?

I was determined to help change the culture of how the federation perceived women’s football. First I went out and got a team of coaches I could trust: Lorne Donaldson (Real Colorado ECNL Director and former Jamaica National Team legend), Hubert Busby (Florida Elite SA ECNL Director and former Jamaican National Team Goalkeeper), Will Hitzelberger (Fitness Coach) and Xavior Gilbert a local based coach.

Our current squad consists of four players from the original squad, with some tough decisions made on players that had been with the program for 10 to 15 years. We turned to the younger players, assisting with paths to both schools and foreign leagues to develop as players and raise our standards.

There is a lot of work that needs to be done going forward such as:

What are your goals for the program as you lead up to the Women’s World Cup?

We need to create a calendar of camps that include international friendlies leading up to the World Cup. We want to increase our player pool because we are still missing pieces for us to compete on the bigger stage. We saw this when we played Canada and USA in the qualifiers.

In order for this to happen, we have to raise funds to support the World Cup preparation calendar.  We have to provide a stipend to the players that are sacrificing financially to be a part of this history-making team.

What makes this team unique?

The dynamics of the team. We have players from extremely adverse upbringings to players that come from great family environments. You really can’t tell the difference because they don’t class themselves. It is not about 11 players, it is about the entire team and supporting staff.

They are warriors and they have a common goal to not just get to the World Cup, but to go to the World Cup and show the world that they belong. They have created history and no one can take that away, but they want to be heard on this journey. All the adverse situations that we were dealing with have just fueled us to compete harder.

What was different in the preparations for this qualifying tournament?

Thanks to the Jamaican Olympic Association, we had the opportunity to compete in the Central American Caribbean Games in Baranquilla, Columbia over the summer. We competed against Venezuela, Costa Rica and Columbia. It gave us the belief that we can compete on the same stage with these teams.

We also had the opportunity to host and play the Caribbean qualifiers. This was the first time since 2006 that a Jamaican Women’s team played international games in Jamaica. We won the Caribbean phase of the qualifiers, drawing in the crowd and gaining followers with the success.

What was your team’s outlook on the CONCACAF qualifying process?

We approached qualifiers as an opportunity to create history. We weren’t lost in the glamor of the event, we were simply focused on the cause.

What has been the reaction in Jamaica to the team qualifying for the World Cup?

As one former Prime Minister of the country would put it… “A breath of Fresh Air”. The hype back home has been outstanding. We have not had the opportunity to go home and celebrate our historic venture, but they are planning a parade in December. All of our players had to report back to school and their respective clubs for competition.