PORTLAND, OR (July 31, 2018) – The 2018 ECNL Integrated National Training Camp, and the ECNL/id2 National Training Camp, each took place at the University of Portland in Oregon from July 21-28. Combined, the two camps brought 120 of the country’s best players together to train and compete under the guidance of some of the best coaches in youth soccer, in one of the most professional environments in all of youth sports. 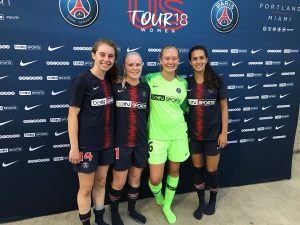 After the match, PSG and Manchester City, both in preseason, left Portland to participate in the first ever Women’s International Champions Cup in Miami.

“The ECNL National Training Camps are set up to provide the most professional soccer development environment in the country for young female players, and to inspire them to greater heights in the future,” said Girls ECNL President Christian Lavers.  “They are an experience that we believe can transform the players’ views of their possible future, and we hope that the players return to their clubs more excited about the game than ever before.”

On the final day of the younger camp, the top 11 performers were selected to the ECNL Best XI based on the quality of their play throughout the week. 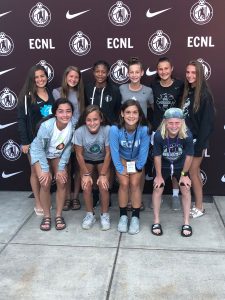 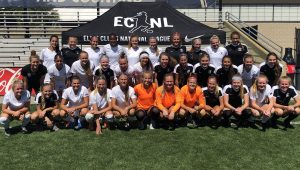