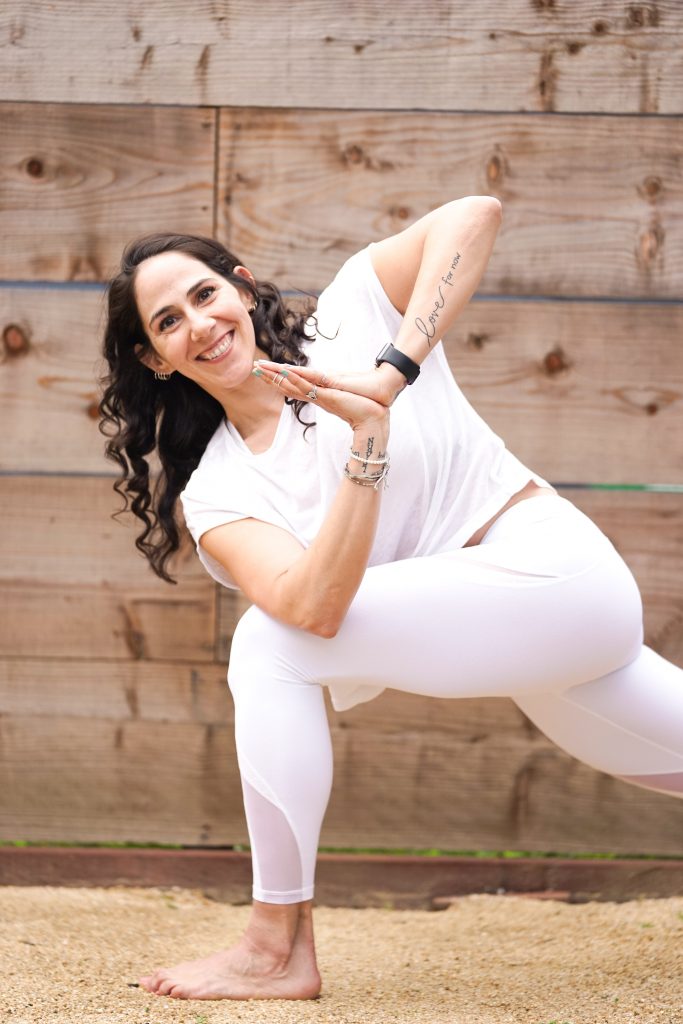 RICHMOND, VA (June 19, 2018) – The Girls Elite Clubs National League (ECNL) is proud to announce Shauna Harrison as the June S’Hero of the Month award recipient for her leadership and commitment to athletics. As the S’Hero of the Month, Harrison embodies the virtues that the Amazing Young WomenTM movement represents. Her determination to spread her knowledge of fitness and wellness paired with her dedication to give back to the next generation of athletes is inspirational.

Shauna Harrison has dedicated her life to public health in the form of fitness and wellness. She has recently taken her commitment further by starting a scholarship to give back to young people who are also dedicated to fitness, wellness and Harrison’s other passion – education. Harrison did not always envision herself as a fitness leader, but her personal fitness proved to be an asset through some major life obstacles, and thus sparked her passion to make it a career. Today, she has over 85,000 followers on Instagram as a fitness and wellness instructor.

Although she played basketball growing up, she rarely worked out beyond the season until high school. As an avid basketball player and cheerleader, she found fitness, but for all the wrong reasons.

“I essentially had an eating disorder and I was trying to attain a physical ideal that didn’t exist. That’s how I got into fitness,” Harrison said about her introduction to the world of fitness. “But then, I ended up staying because it’s what helped me get out of that dark place in my life.” 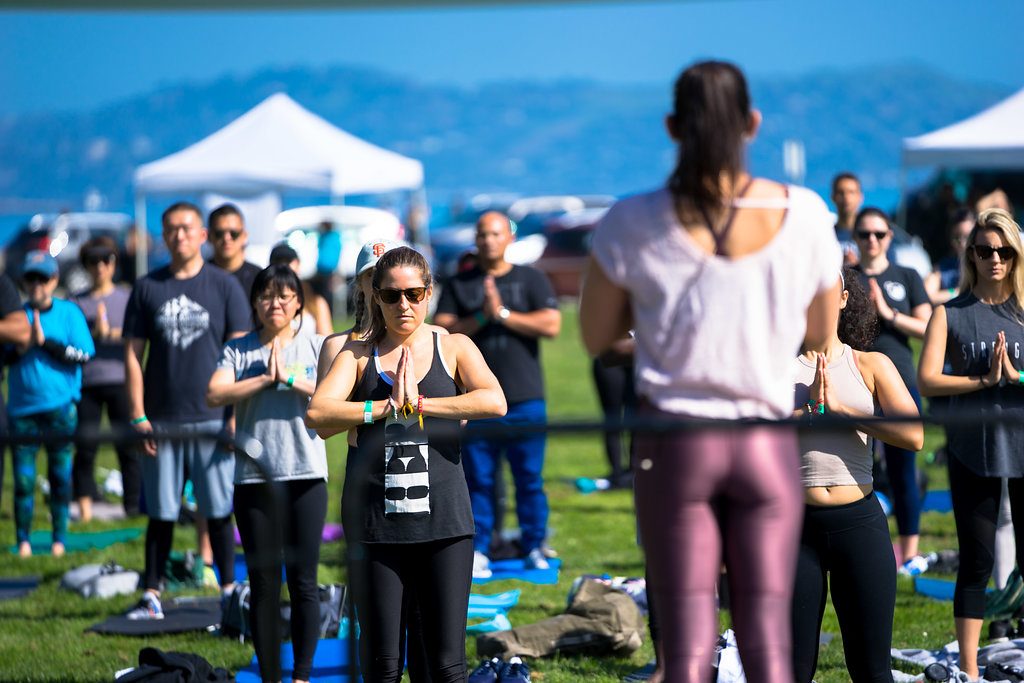 By the time Harrison was a senior in high school, she found empowerment in her fitness classes, and began learning how to teach her own classes. While she was dedicated to sports and fitness, her focus continued on her education. With her eyes set on attending Stanford, she accepted that sports would not continue for her at the next level. Harrison continued attending and teaching fitness classes throughout her undergraduate degree to both stay active and provide an outlet.

After earning her undergraduate degree in Latin American Studies and Spanish, she taught Spanish for Kindergarten through 8th grade. Later on, Harrison’s thirst to learn drove her into a journey that led to earning two master’s degrees and a Doctor of Philosophy (Ph.D.) from the University of California Los Angeles (UCLA) and Johns Hopkins University respectively. She eventually paired her Latin American Studies education with her Public Health studies. Through her secondary education, she found her sweet spot where she could combine fitness with helping others, specifically Latino and underserved populations.

The combination of fitness, which includes wellness and yoga, led her to a space where she could influence people on a bigger scale to change lives. Harrison began to build a brand, using social media as her driving force. While she was teaching classes in her local space, she began to reach people around the country, even going international. 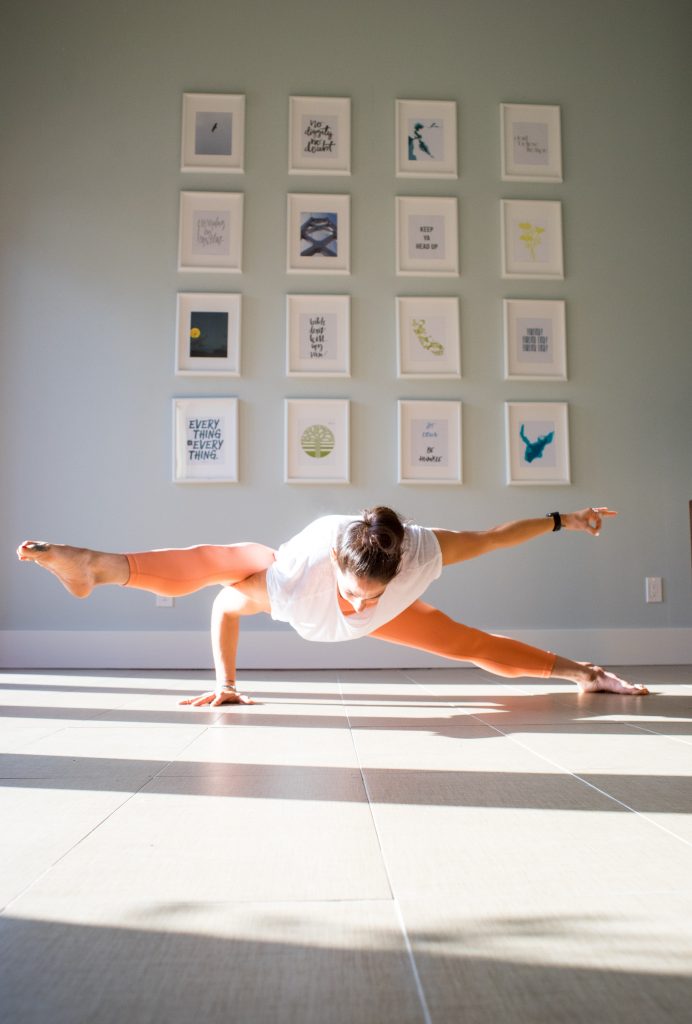 “I got into social media at a time when it wasn’t that popular in the fitness and yoga space. I started the #SWEATADAY challenge in 2013, and it quickly turned into a community of people supporting each other. The whole concept was very health based – do one movement a day and if that’s literally the only thing that you do…great! You did it!”

The #SWEATADAY challenge propelled Harrison’s reach, and she began connecting with brands to further boost her work in fitness and wellness. Since then, she has contributed to numerous publications and websites such as Shape, Glamour, Yoga Digest and Buzzfeed. She has also served as a guest lecturer and panelist at multiple organizations and universities, including her alma mater Johns Hopkins University.

Her collaborative work with other brands and organizations, along with her personal success, has allowed Harrison to fulfill one of her goals in giving back. In the fall of 2017, she awarded a $10,000 #SWEATADAY scholarship. This scholarship strives to teach young people to use exercise as a positive outlet, and build a healthy relationship with their bodies by incorporating a movement practice into their lives every day.

“I’ve always been a huge advocate of education, and movement has been a huge part of my academic success,” Harrison said about her motivation to start the #SWEATADAY scholarship. “I wanted to do something that would help kids be able to incorporate movement into their everyday routine, while at the same time helping them move forward on their journey. Wherever the road may take them.” 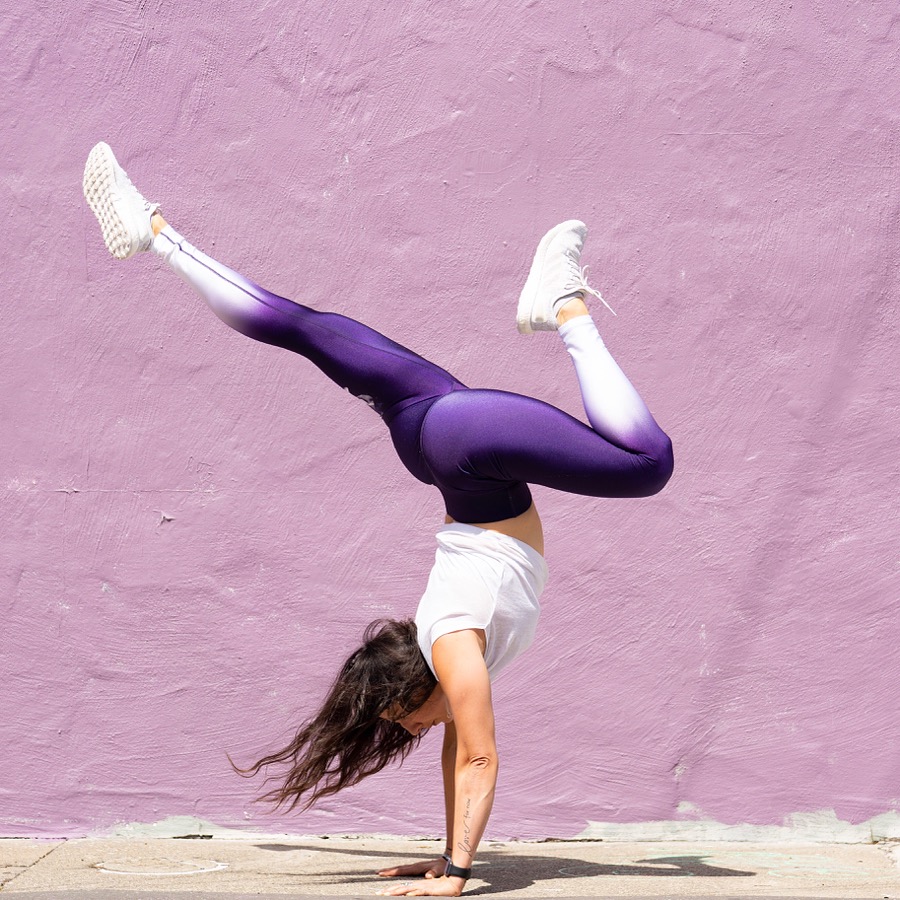 The scholarship will be given to another recipient this upcoming fall. Harrison hopes this new venture can continue to grow in the coming years, so she can provide additional scholarships. She also has her eyes set on creating a non-profit based tour so she can give back to various cities around the country. In the meantime, she will continue to positively impact those in her classes locally in Oakland, as well as her social media followers.

“That’s my goal with all of this. That’s why I’m doing it,” Harrison said about continuing to grow her reach and impact others. “It’s a blend of public health and fitness. I’m not trying to create the best bodies on the planet. I’m just trying to get people to connect to their body and to feel better about themselves because of that connection.”

Harrison brings that mix of fitness and wellness to each interaction she has, whether it’s with strangers in the park, or if she is presenting at Johns Hopkins. She hopes to continue to empower people young and old around the country through movement and wellness. Shauna Harrison, you are a true S’Hero. We wish you the best of luck as you strive to positively impact people through fitness and giving back!