RICHMOND, VA (May 22, 2018) – The Girls Elite Clubs National League (ECNL) is proud to announce Patti Phillips as the May S’Hero of the Month award recipient for her leadership and commitment to athletics. As the S’Hero of the Month, Phillips embodies the virtues that the Amazing Young WomenTM movement represents. Her determination to pave a pathway for women in the collegiate athletic realm, as well as her dedication as a mentor for the next generation of leaders, is inspirational. 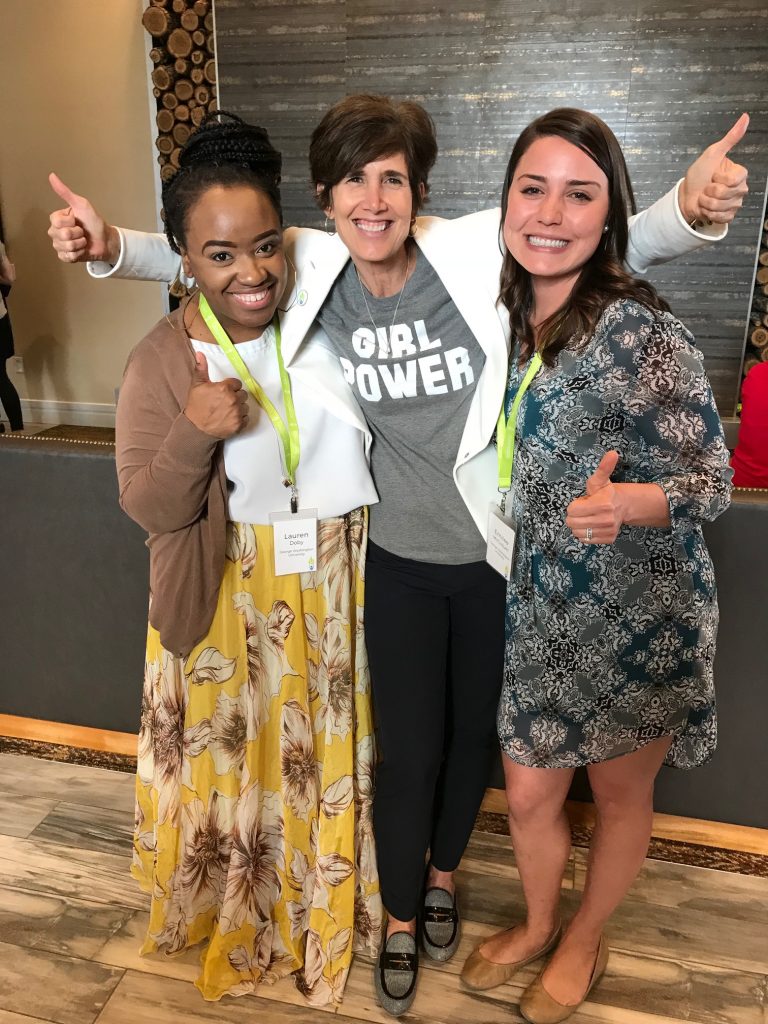 Patti Phillips has dedicated her life to the advancement of women in leadership positions, specifically pushing for equity in college sports. Over the past 8 years, she has made unbelievable strides as the Chief Executive Officer (CEO) of Women Leaders in College Sports (Women Leaders). While she did not always envision a specific role for herself, she has long dreamt of being a teacher and a coach.

Phillips grew up as a multi-sport athlete, playing basketball and running cross-country/track. Her success on the court and track have been celebrated with Hall of Fame recognitions for both her high school and college careers.

Sports taught Phillips how to set goals, be a team player, and how to win and lose.  Her experience as a student-athlete laid the foundation to her successful path, playing an important role in teaching her the skillset needed to be a game changer.

“My experience as a student-athlete absolutely shaped me, as I would not be the leader I am today were it not for those experiences.,” Phillips said about her takeaways as a student-athlete. “Being resilient means knowing how to power through injuries, mistakes or defeats. You have to show up and figure out how to be your best in that moment.”

Following her success on the court, she pursued her dream of coaching as the head women’s basketball and volleyball coach at Ottawa University. Phillips transformed both program’s at Ottawa, elevating the level of expectation and altering the culture in the athletics department.

Before taking the helm with Women Leaders, she worked for the National Collegiate Athletics Association (NCAA) as a CHAMPS/Life Skills program coordinator and served as the Executive Director of Women’s Intersport Network. Her background as a student-athlete and coach, paired with her Master’s in Athletic Administration and Sport Psychology, prepared her to mentor and lead other women through the sports world.

At Women Leaders, the focus is to develop, connect and advance women working in college athletics. The success of Women’s Leaders, as they have rebranded from National Association of Collegiate Women Athletics Administrators (NACWAA), is due in large part to the leadership of Phillips. It is a testament to her ability to work with her own team, the membership and other organizations.

“I love my job. I feel very blessed to be in this role, and I feel like it is a perfect match for my skillset and my passion. We call that your zone of genius, and I think everyone in life wants to, or should want to, work in their zone of genius. That is where you are good at what you do AND you love it,” Phillips said about her role as CEO with Women Leaders “My favorite part is connecting with members and working with my team here. I think connecting with other women and coaching, empowering and strategizing with them on career steps is really energizing for me.”

Her leadership style and success is intentional and a craft she continues to hone. Phillips whole-heartedly believes that leaders are readers and is dedicated to starting each day in a way that sets her up for success. To set the tone for each day, she has an hour and a half routine that includes working out, breathing work, and she always eats breakfast.

As a woman who has spent her entire career in the sports field, she has recalled times where she has faced obstacles because of her gender. That is why she works daily towards equality for women in the work place as well as building a support system through Women Leaders for those who may be facing similar obstacles. While she recognizes that there is still a long way to go, there are have been many small victories along the way.

This past year alone, there have been a large number of women hired in influential college sports positions, such as Athletic Director and Commissioner. For Phillips, this is her motivation to keep working so hard, and why she continues to look to bring the next generation of leaders into the movement. It also proves what she believes and that anything is possible. She presented a Tedx Talk about the Zone of Possibility in 2014.

Phillips brings that optimism to every conversation, speaking engagement and mentorship she holds. She hopes to pass this message along to the next generation of leaders, is excited to continue empowering women to pursue leadership roles and work towards equality for women in the sports’ world. Patti Phillips, you are a true S’Hero. We wish you the best of luck as a champion for women leaders in the collegiate sports world and beyond. Thank you for sharing your story.