RICHMOND, VA (April 24, 2018) – The Elite Clubs National League (ECNL) today announced Phaidra Knight as the April S’Hero of the Month award recipient for her leadership and commitment to athletics. As the S’Hero of the Month, Knight embodies the virtues that the Amazing Young WomenTM movement represents. Her story represents triumph, hard work and empowerment through sport. She has dedicated her post-playing career to use sport as a means of change. 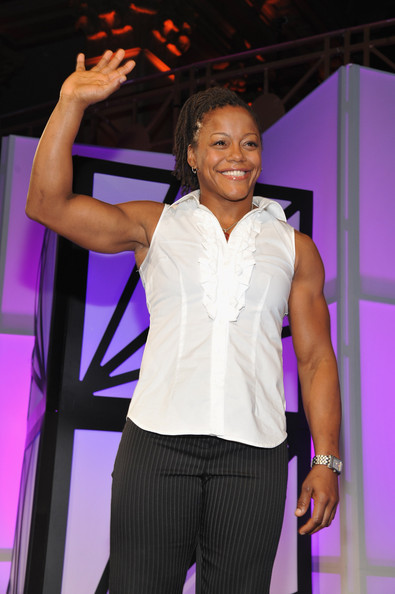 Phaidra Knight is a world-class athlete who has broken the barriers on and off the pitch over the last two decades. Her success was recently celebrated by World Rugby when she was inducted into the World Rugby Hall of Fame, the first African American and the second American to receive this honor. Her competitiveness and contagious fighting spirit was felt by all, leaving a lasting impression. Now she has set her sights on the non-profit sector, and impacting the youth of tomorrow through leadership education and sport.

Knight was born and raised in the small town of Irwinton, Georgia, growing up on the family farm. The work ethic and discipline from her farm duties were ingrained early on, and two major contributors to her success. 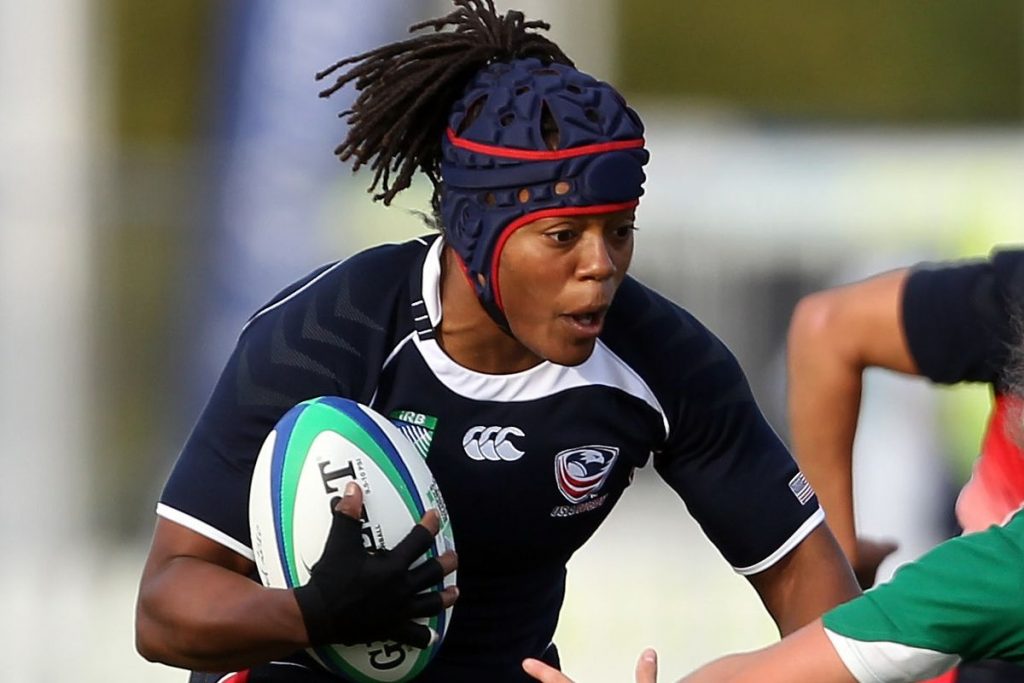 “I found my tribe when I started to play. From the first training, I fell in love with it. I was surrounded by a group of people who accepted me for who I was,” Knight said about finding the sport that changed her life. “There were people of various religions, ethnicities and backgrounds. I had never been in an environment that was so inclusive. It was all about creating a fun, supportive platform to play our sport and be good people.”

Knight began volunteering, coaching and connecting herself with people and organizations with similar initiatives. One of her biggest partners in this venture has been the Women’s Sports Foundation (WSF).

She originally got involved with the WSF as an advocacy intern following her first year of law school. Knight reconnected with the organization when she was training for the 2010 Women’s Rugby World Cup, receiving a Travel & Training Fund Grant to help fund her training and travel for the.event.

“As women athletes, we are often paying out of our pocket. By obtaining this grant, I gained some monetary relief, but it also provided some hope and optimism that women won’t always have to pay their own way,” Knight said about receiving the Travel & Training Fund Grant. “I want to raise awareness and increase funding to the WSF to help the next person in need.”

In 2010, Knight got involved in coaching young men at Rikers, a juvenile detention center in New York. She was running rugby training sessions, as well as leading her young clients in CrossFit workouts. Her work with the inmates gave her the inspiration to create Peak Unleashed, a non-profit organization.

In the first phase of Peak Unleashed’s initiative, they will specifically use sport as a means to bring leadership, discipline and change to the at-risk and opportunity youth. This includes incarcerated youth, kids in alternate schooling and kids who have dealt with substance abuse either themselves or within their families.

“I have transformed my life through sport, so that is something I strive to pass on to others,” Knight said about her dedication to use sport as a means to impact others. “I have worked with organizations that target at-risk and opportunity kids, and I see the difference programs like this can make. It gives them a vehicle to express themselves physically in a controlled environment. It offers a transformation for these kids.”

Knight has dedicated the past twenty years to training and being a world-class athlete, and now she wants to pass on the things she has learned through her experiences. Although her most noticeable accomplishments came on the pitch, she also faced adversity through sport and other ventures.

“It’s having the courage to step out and do something when there is a chance of failure, but also knowing there is so much to gain from that experience,” Knight said about some of the chances she took later in her athletic career. “I can go into the next chapter of my life with confidence and a cognition of taking more things matter of fact. I know I can do anything I set my mind to. I am able to enjoy the journey without being so fixated on the destination.”

With her background in law and sport, she gives a voice to those who have not traditionally had a seat at the table. She will continue to advocate for young people, women and people of color specifically as she turns her focus away from playing and to using sport as a means for change.

Knight is excited to continue her work with World Rugby, the Women’s Sports Foundation and Peak Unleashed. She hopes that her story can help other young people realize their abilities to encourage change both on and off the field.

Phaidra Knight, you are an Amazing Young Women. We wish you the best of luck as you launch your non-profit and continue to bring equality to all in sport. Thank you for sharing your story.