RICHMOND, VA (April 4, 2018) – The Dallas International Girls Cup took place from March 28 to April 1, 2018 at the Ross Stewart Soccer Complex in Farmers Branch, Texas. The annual event is hosted by the Dallas Texans, a founding member of the Girls ECNL. This year’s competition featured twenty-nine Girls Elite Clubs National League teams across the U13, U14, U15, U16, U17 and U18/U19 age groups.

The Girls ECNL Texas Conference was particularly well represented, competing against twenty-nine international teams in the event. The following member clubs took part in the event: 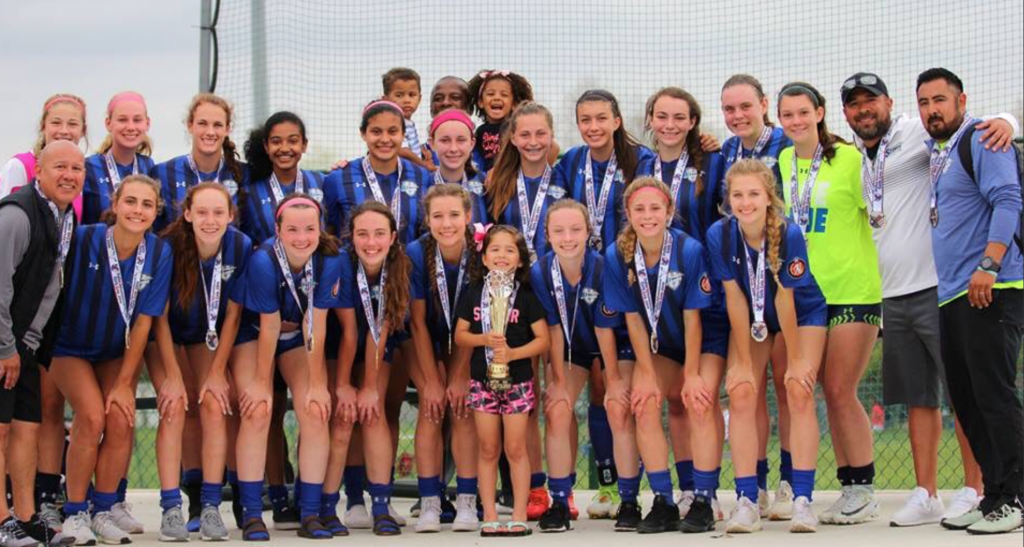 The biggest story of the weekend was the 2002 Championship Game where the Sting Dallas ECNL U16 team defeated the U15 Mexican Girls National Team 1-0 in a fantastic match. Sting Dallas dominated group play and had a tight match with conference rival Dallas Texans in the semi-finals, where Sting Dallas won in penalty kicks.

“It was an honor to play the Mexican National Team,” said Sting Dallas Director of Soccer Kenny Medina. “The players were outstanding, and the coaches were top-class. This game provided our Sting Dallas players with an excellent international opportunity, and I am proud to say they met the challenge. On behalf of Sting Soccer, I want to sincerely thank the Mexican National Team for a fantastic game.”

Sting was not the only ECNL team with a great performance in the event, as the Dallas Texans ECNL U13 team won their age group and the D’Feeters SC ECNL U15 team and the Solar SC ECNL U18/U19 Composite team earned second place in their respective age groups.

Congratulations to all of the Girls ECNL teams, players and coaches on their success at the Dallas International Girls Cup last week.

About Girls Elite Clubs National League: The Girls Elite Clubs National League (Girls ECNL) was founded in 2009 to enhance the developmental experience of female youth soccer players in the United States through: (i) improving the competitive environment through creation of a true national competitive league; (ii) improving the process for identifying elite female soccer players through a systematic scouting and identification program based on national competitions; and (iii) improving the daily training environment at top female youth soccer clubs through developing best practices and training and organizational guidelines for its member clubs. The Girls ECNL is sanctioned by US Club Soccer and is sponsored by Nike Soccer.