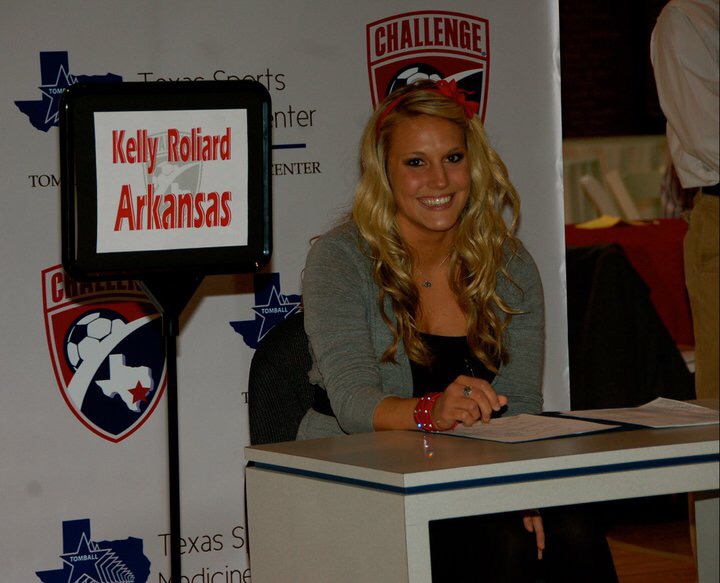 RICHMOND, VA (March 29, 2018) – The Girls Elite Clubs National League (Girls ECNL) is in its ninth season and is the proving ground for the nation’s top female players, coaches and clubs. The Amazing Young Women that make the Girls ECNL the premier destination for college-bound players have gone on to impact the college game on and off the field. We want to share the stories of #proudECNLalums that have excelled in life beyond the youth game.

Today we celebrate Kelly Roliard and HERstory of overcoming obstacles and making the most of her skillset. Roliard is an ECNL Alum from Challenge Soccer Club out of Houston, Texas, who went on to play collegiate soccer at the University of Arkansas (Arkansas). She is currently a news reporter and anchor for KFOR, an NBC affiliate in Oklahoma City.

Her journey from elite soccer player to morning news anchor required years of dedication, sacrifice and discipline. The lessons learned from the beautiful game built a strong foundation for Roliard, giving her tools that carry over into the professional world. She credits her years as an athlete to preparing her for the real world and all of the obstacles life throws at you. 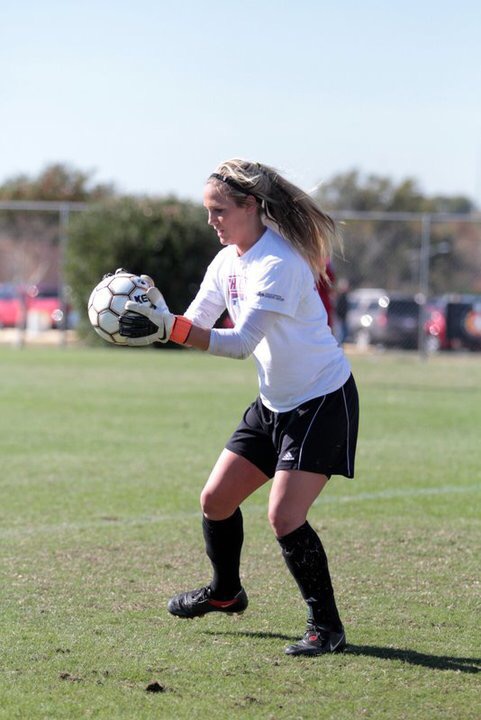 Roliard played youth soccer for Challenge SC, a founding member of the Girls ECNL. She played in the league for three years, beginning with the inaugural ECNL Season in 2009. The relationships built within the ECNL are the ones she holds dearest to her heart, especially the strong bond she forged with Coach Pat O’Toole, Director of Coaching for Challenge SC. Roliard regards O’Toole as the best coach she has ever had, for soccer and life, and maintains frequent contact with him from out of state.

Roliard would research the opposing team to see if any of the players were looking at similar schools, and if so, she would reach out and introduce herself. Roliard viewed every interaction as an opportunity to connect with someone, never knowing if that relationship could be meaningful down the road. In her mind there was always a chance, and something to be taken away from a learning perspective. After committing to play at Arkansas she took it upon herself to connect with all nine of her future Arkansas classmates, utilizing Girls ECNL National Events to meet each of them

During her college career Roliard experienced highs and lows, meeting challenges head-on and evolving as a player and person. Much of the appeal of Arkansas Soccer was to be part of building the program and raising the standards. During her sophomore year, they qualified for the Southeastern Conference (SEC) Tournament for the first time in program history, an accomplishment she is proud of to this day. 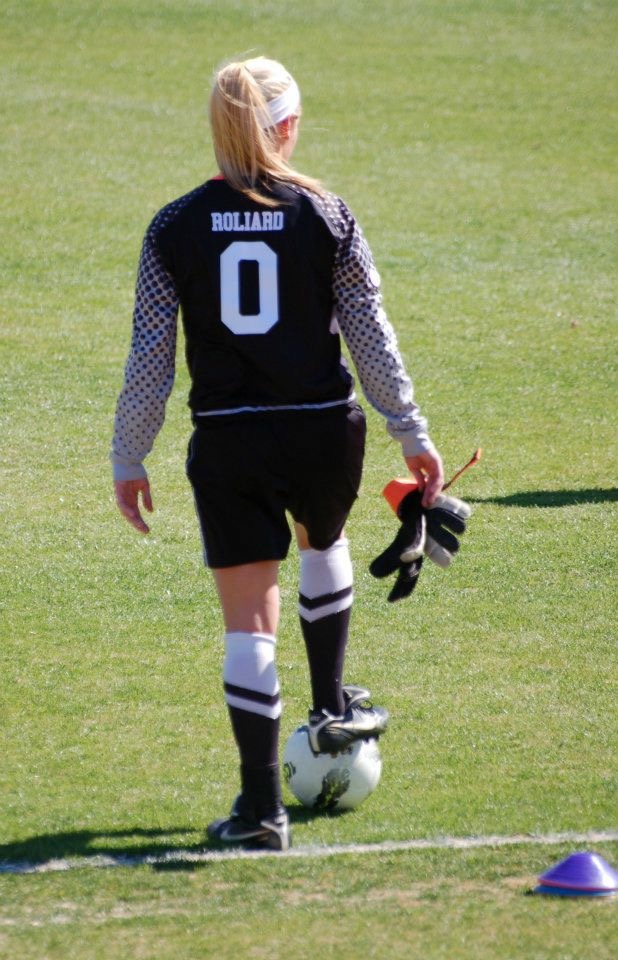 In her second season with the Razorbacks, Roliard suffered a concussion which was unfortunately not her first and led to a very tough realization. It was recommended and ultimately decided that her soccer career would come to an end.  This was an extremely trying time in her life, but she battled through the tough parts, staying on as an undergraduate assistant.

“I had fallen into a depression when I had to retire,” Roliard said about retiring from soccer at such a young age. “It was a very dark place. I didn’t know how hard it would be, but I found joy in coaching and mentoring the younger girls. Being a part of the team was an essential part of pulling me out of depression and gave me purpose.”

Roliard immersed herself in broadcast journalism, her future career. She entered Arkansas knowing she wanted to pursue something in news and sports. Through the campus television station, UATV, she was able to get hands-on experience where she produced, reported and anchored the news every week.

While soccer had been her life for as long as she can remember, her passion for delivering the news blossomed at the conclusion of her playing career. Roliard used the skills she developed during her time playing in the Girls ECNL to network and advance her career. She began reaching out to contacts in the news industry during her time at Arkansas, with the goal of getting her foot in the door following her time as an undergraduate.

News9, based out of Oklahoma City, was one of the news stations she reached out to in her search. Roliard cultivated a strong relationship after shadowing staff and stayed in communication with the station.  When the opportunity to bring on a new hire came about, she was the first call they made. The initiative shown through her efforts made a lasting impression, and demonstrated her willingness and persistence to follow her passion and reach her goal of becoming a journalist.

Roliard has continued to network navigating her way to becoming a reporter and anchor back in Oklahoma City. She spent two-years in Lawton, a small town in Oklahoma prior to accepting her current position and learning the lay of the land in the industry.

“Everyone has to pay their dues. Most people do not make the jump from graduate student to Chief Executive Officer overnight,” Roliard said about some of the sacrifices she has made in her career. “The sacrifices you have to make are worth it if you are willing to put your job first. For me, it has been worth it. I am happy with where I am, and look forward to seeing what the future holds for me.”

Roliard is engaged to her college sweetheart, and slated to marry him this summer. As she continues her journey through life, she looks for opportunities to share HERstory and inspire others. The Girls ECNL laid the groundwork and provided Roliard with a skillset to make a positive impact. She will continue to pursue a position as the coveted weekday anchor, and looks forward to starting the next chapter in her life and start a family of her own. We look forward to following her in the next venture as she changes the game in her field.

About Girls Elite Clubs National League: The Girls Elite Clubs National League (ECNL) was founded in 2009 to enhance the developmental experience of female youth soccer players in the United States through: (i) improving the competitive environment through creation of a true national competitive league; (ii) improving the process for identifying elite female soccer players through a systematic scouting and identification program based on national competitions; and (iii) improving the daily training environment at top female youth soccer clubs through developing best practices and training and organizational guidelines for its member clubs. The Girls ECNL is sanctioned by US Club Soccer and is sponsored by Nike Soccer.