The Second Most Decorated Paralympian of All Time, Jessica Long, is Recognized as the March ECNL S’Hero Award Recipient

RICHMOND, VA (March 20, 2018) – The Elite Clubs National League (ECNL) today announced Jessica Long as the March S’Hero of the Month award recipient for her leadership and commitment to athletics. As the S’Hero of the Month, Long embodies the virtues that the Amazing Young WomenTM movement represents. Her story represents triumph, hard work and empowerment through adversity. She is a champion for young women and uses her platform to share her incredible journey to inspire the next generation. 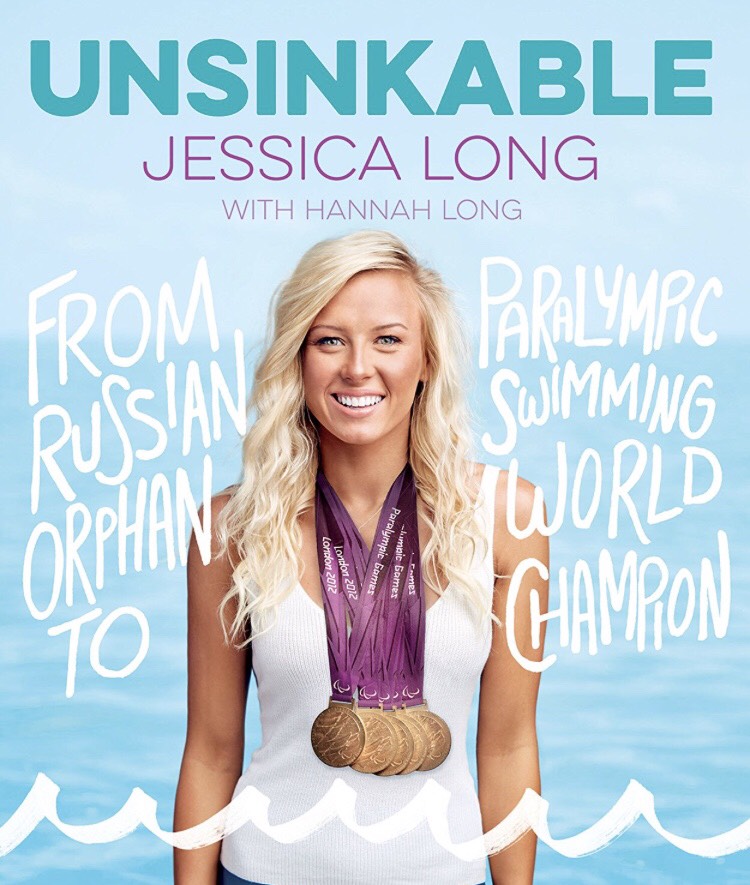 Jessica Long is a world-class athlete who happens to be a bilateral leg amputee. While her success as the second most decorated Paralympic athlete of all time with 23 medals is amazing, it is her strength through adversity outside of the pool that makes her an Amazing Young Woman.

Long was born in Russia with fibular hemimelia, a condition in which she was born without fibulas, ankles, heels and most of the other bones in her feet. When she was 13 months old, she was adopted from a Russian orphanage by a couple from Baltimore, Maryland. Five months later, her legs were amputated below the knee and she was fitted for prosthetics. She faced several surgeries and significant pain in her legs throughout her early life, but this did not stop her from being a kid.

Long stayed extremely active, trying sports both with and without her prosthetics, such as gymnastics, basketball and cheerleading. When she was 10 years old she discovered the swim team, and her life changed.

“My parents exposed me to a variety of activities when I was young, but once I found swimming that was it. I was determined to become a swimmer. I loved that I could not wear my prosthetic legs, as they were not allowed,” Long said about falling in love with the pool “The freedom of being in the water and feeling weightless is unreal, and takes my mind off of everything else in life. It is truly my happy place.”

Long excelled in the pool right away. She swam to prove to herself and others that she could excel no matter what, but she also swam as a release. The internal struggle that comes along with most adopted youth, coupled with being an amputee generated feelings of anger and frustration. Through swimming and competing she was able to not only find acceptance within herself, but be recognized for her abilities and hard work.

While competing in a local meet, she was approached by an official who informed her family of the Paralympics. They were not familiar with the Paralympics, but after some research they discovered it was the third largest sporting event in the world, following the World Cup and the Olympics. Long was intrigued not only by the competitive platform, but the discovery that there were other athletes out there just like her.

Two years after she began swimming, Long was chosen to represent Team USA at the Paralympic games in Athens at the tender age of 12. In her first event, she took gold, defeating the previous world record holder. Since then Long has been to four Paralympic games, earned 23 medals, and held 14 world records.

It was during the 2012 Paralympic games in London that her life took an unexpected and very public turn. After moving to the Olympic Training Center and sacrificing a great deal to prepare for the Paralympic games, Long was blindsided. A Russian reporter located her biological family and was trying to arrange a meeting in London.

“I traveled to London with a goal, to represent Team USA in the Paralympics to the best of my ability. As if that was not enough pressure, I was forced to deal with the distraction of a reporter trying to connect me to my biological family.  Texts and emails were being sent to me, along with pictures of the Russian family,” Long said about her experience in London. “It got so bad that the USOC hired a personal bodyguard for the last day of competition. It was a lot to take in as a 20-year-old, and I truly did not know what to make of the entire experience.”

With the drama going on behind the scenes, Long remained focused on competition. She earned five gold medals, two silver medals, and a bronze medal. Once the Paralympics were over, she was met with an avalanche of emotions. Frustrated with the fact that the reunion she had dreamt about had been thwarted, she decided to take some time to think about how to proceed on her own terms.

A year later, National Broadcasting Company (NBC) presented her with the opportunity to travel to Russia with the purpose of meeting her biological family. This was an offer that she could not refuse. Long made the most difficult trip of her life, alongside her sister Hannah. Although it was extremely emotional and trying, she knew it was important to share her story. The bravery Long showed in her public reunion has inspired others to do the same.

Long has continued to use her platform to speak out about her adoption and as a champion for young women and equality. She is a long-time member of the Women’s Sports Foundation (WSF) and will be releasing her first book this June called ‘Unsinkable’. This book will commemorate the events leading up to meeting her biological family, with the hopes to empower other young women.

Over the past year and a half, Long has taken a break from her rigorous training schedule to focus on herself and her mental health. After dedicating her life to swimming from such a young age, she started to feel worn down. This was a sign that she needed to step away to figure out what was next in her journey.  In her time away from competitive swimming, she has explored both public speaking and coaching. Sharing her story and interacting with others provided clarity and a clean slate to move forward. Long has since returned to training with her eyes on the 2020 Paralympics in Tokyo.

Long is excited to continue competing at the highest level and ecstatic to continue public speaking opportunities. She hopes that her pathway can help other young women realize their power and voice.

Jessica Long, you are an Amazing Young Women. We wish you the best of luck as you work towards Tokyo, using your voice to lift those around you. Thank you for sharing your story.