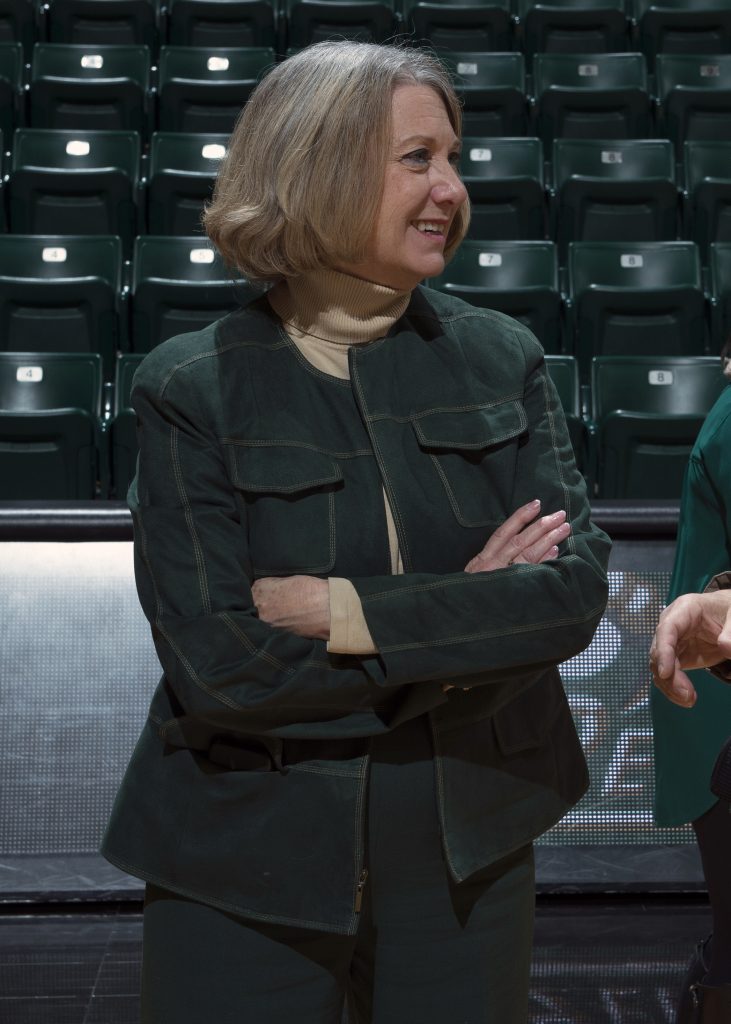 RICHMOND, VA (February 20, 2018) – The Elite Clubs National League (ECNL) today announced Judy Rose as the February S’Hero of the Month award recipient for her leadership and commitment to athletics. As the S’Hero of the Month, Rose embodies the virtues that the Amazing Young WomenTM movement represents. Her determination to pave a pathway for women in the collegiate athletic realm as well as her dedication as a mentor for the next generation of leaders is inspirational.

Rose has over 40 years of experience in college athletics, spending 28 of them leading the charge as the Athletics Director at the University of North Carolina Charlotte (UNC Charlotte). As the third female to head a Division I athletic department, she became a pioneer in her position, mentoring others and leaving a legacy that will not be forgotten.

Rose entered graduate school at the University of Tennessee (Tennessee) in the early stages of Title IX, when controversy was at a high and the threat of pulling federal funding was a reality. Tennessee Athletics felt the pull of Title IX, as programs across the country were left to make some tough decisions in programming to stay compliant. As a graduate student, Rose joined the women’s basketball staff, coaching alongside fellow classmates, Pat Summit and Sylvia Hatchell.  Both Summit and Hatchell went on to have impactful coaching careers, legends in the sport of women’s basketball.

“I am a true product of Title IX. We were the first class [after Title IX] that had a Master’s degree, with every female in the graduating class offered a coaching position,” Rose said about the new opportunities available to women in the wake of Title IX. “I accepted a job at UNC Charlotte in 1975, which included coaching basketball and tennis, teaching classes, and overseeing the lifeguards. Thank goodness that has evolved.”

Over the past 45 years, Title IX has changed the landscape for young women in athletics. Opportunities and growth for women in college athletics has progressed, with Rose playing a big role in the evolution.

As the landscape of college athletics transformed, more opportunities came knocking at the door and Rose answered. After serving as the head women’s basketball coach for seven seasons, she stepped into the administrative world as an Assistant Athletic Director. One of the toughest decisions she made was transitioning from coach to administrator, but Rose made the leap and faced the challenge head-on.

“I chose the administration route with the stipulation that I not be pigeonholed to one area. I didn’t want to just oversee women’s athletics, I wanted to be involved in everything,” Rose said about her transition into college administration.

In 1994, Rose became the Athletic Director of UNC Charlotte and the third female in history to oversee a Division I athletics program. With very few role models to look up to, she found herself in unchartered territory and forging a path for the next generation of female leaders.

Rose credits James Woodward, former UNC Charlotte Chancellor, for his advice throughout her career. He was a huge advocate of hard work and would remind Rose that role models have no gender. This was all the push she needed to reach out and build relationships with fellow athletic directors and community leaders. Rose grew as a person and as a leader in her field, gathering invaluable knowledge along the way and pushing the boundaries for the good of sport and other strong women.

Rose developed strong relationships with both C. M. Newton, Athletic Director at the University of Kentucky, and DeLoss Dodds, Athletic Director at the University of Texas. She met them in 1994, when UNC Charlotte hosted the NCAA men’s basketball tournament. Rose felt a bond instantly and called on Newton and Dodds often for advice and guidance. The relationship grew into a mentorship, with Rose very much the mentee, wanting to learn from their experiences.  Years after their first interaction, Newton and Dodds nominated her to the NCAA Men’s Basketball Selection Committee, helping Rose build a resume for the task. As a result, Rose became the first female to serve on the committee; this role catapulted Rose into the next phase of her career.

Throughout her tenure, she has gone out of her way to help young people on their journey through college athletics. Rose knows first hand the importance of mentors, and the imprint they can have on others and gives back through sharing her experiences and knowledge as often as possible.

“I think that we have a responsibility to share experiences and knowledge with the next generation,” Rose said about her desire to mentor. “If I can make a small impact and affect someone in a positive way, I have truly done my job. I can smile as I prepare for the next chapter of my life knowing I have left an impression and passed along what I could to the next leader.”

The younger generation, from the student-athletes to the athletic administration staff, has motivated Rose throughout her 43 years in collegiate athletics. She is a true champion for young people, embracing the mentor role and doing her part to pay it forward as they strive to make their dreams a reality. She will miss those daily interactions the most when she retires this summer.

As Rose approaches retirement, she hopes that the foundation she played a big role in laying at UNC Charlotte continues to grow. She plans to continue being a mentor, using her career and experience to educate others.

Rose is looking forward to retirement and traveling with her husband. Beyond that, she is not sure what her future holds. She hopes that her pathway can help other young women break into leadership positions in collegiate athletics and beyond.

Rose is a courageous trailblazer who has used opportunities to create chances for the next generation. She will be missed, but her legacy will live on through her efforts forged over her 40-year career.

Judy Rose, you encapsulate what it means to be an Amazing Young Women. We wish you the best of luck as you close out a legendary chapter of life and prepare for retirement. Thank you for sharing your story.