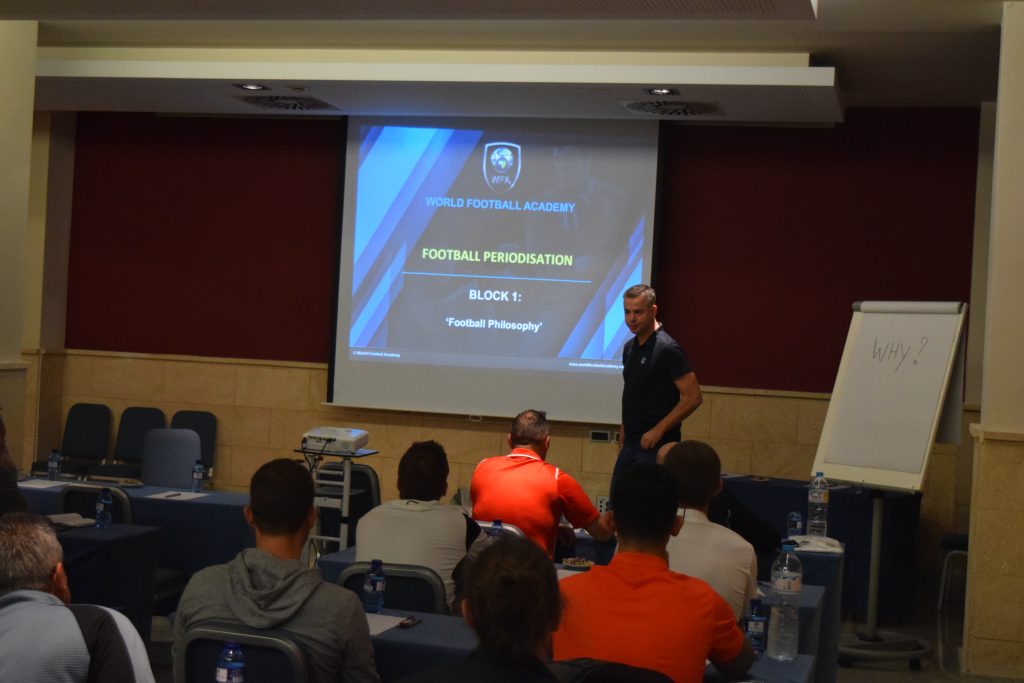 RICHMOND, VA (January 10, 2018) – The first ever ECNL International Coaching Course, powered by World Football Academy, took place in mid-December in Valencia, Spain with attendees from 10 different ECNL member clubs.  The course was co-hosted by World Football Academy founder and prominent educator Raymond Verheijen and Valencia CF, and included two courses, observation of training sessions, and two La Liga matches. The professionalism from both hosts and the attendees made for an unforgettable experience, providing unique insight and perspective for ECNL coaches to incorporate into their daily training environment.

Course participants arrived in Spain on December 9th, kicking off the experience with a La Liga match between  Valencia CF and Celta de Vigo.  Valencia CF defeated Celta de Vigo 2-1 in a thrilling battle, energizing the attendees for the remainder of the course. 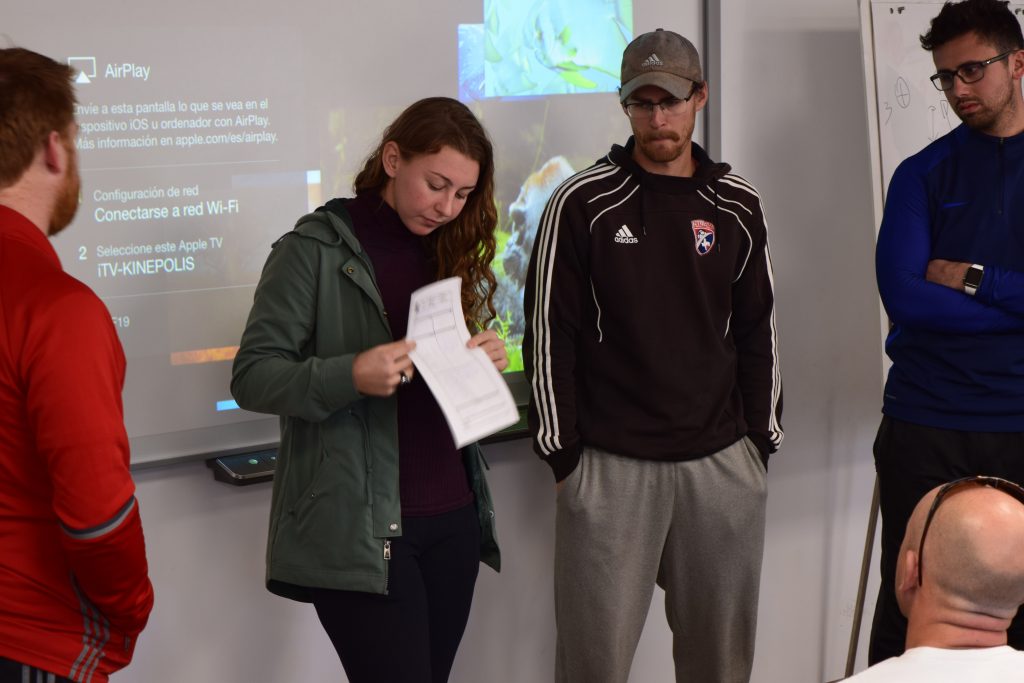 The two days that followed included the first portion of the education course with WFA instructor, Raymond Verheijen at the lead.  Verheijen was a wealth of information and experience presenting on Football Theory: Communication, Decision Making, and Executing Decisions. On day two, the coaches attended a second La Liga match, seeing FC Barcelona and Villarreal CF, and closely observing tactics for the match analysis that would take place the following day.  Barcelona dominated play, notching two goals courtesy of Luis Suarez and Lionel Messi.

The Valencia CF course began with a meet and greet of the youth academy staff and a tour of the training facility on the fourth day of the trip. Over the next five days, Valencia CF opened up their doors to club operations, philosophy, and structure, their Long Term Player Development Program (LTPDP), and the execution of the LTPDP. In addition, the ECNL coaches studied the Valencia perspective of designing a practice, along with hours of observation of youth training sessions.

Below are testimonials from some of the course registrants:

“The ECNL International Coaching Program was without a doubt the most informational and valuable coaching education I have received in my time as a coach.  The World Football Academy – Football Tactics Course provided clear, objective coaching information in how to improve the game. Raymond Verheijen is a great instructor with a passion to improve the game across the world. His insight and knowledge are things I am looking forward to taking back to my teams and club in an effort to make us better.” – Toby Frohlich, Junior Girls Director for Ohio Elite Academy

“I am incredibly grateful to have had the opportunity to attend the inaugural ECNL International Coaching Education Program. Raymond Verheijen’s course on football theory provided an entirely new framework to consider the model of the game, while the Valencia CF Academy methodology course allowed us to gain unique access to incredible insights on developing youth players.  The wealth of information provided during the entire course, as well as the interactions and relationships formed amongst the participants will only help me my development as a coach. I am excited to further reflect on everything I learned this past week and begin implementing improvements into training sessions at home with the Michigan Hawks.“ – Holly Hein, Coach for Michigan Hawks

“The variety of education offered by WFA and Valencia FC was a wonderful opportunity for us as ECNL club coaches from around the country to learn about the different shapes and sizes of the game we are dedicated to teaching.  Beyond the education in the classroom, I was able to share some insights with really good people from all corners of the United States.  If it is football, futbol, or soccer, I cannot imagine a better way to reflect on the WNY Flash approach to training, the connection to player development platforms provided by the ECNL, and the effect this all has on a national level. We will all continue to rise and grind, raise the bar, and take the next step, whatever our own external factors dictate them to be.” – Gary Bruce, Junior Academy Director of Coaching of Western New York Flash Academy

The ECNL would like to thank both Raymond Verheijen and Valencia CF for hosting the first ECNL International Coaching Course.  The knowledge shared and friendships forged over the course were unmatched, and set a fantastic precedent for future international coaching education in the ECNL.

About Girls Elite Clubs National League®:  The Elite Clubs National League (ECNL) was founded in 2009 to enhance the developmental experience of female youth soccer players in the United States through: (i) improving the competitive environment through creation of a true national competitive league; (ii) improving the process for identifying elite female soccer players through a systematic scouting and identification program based on national competitions; and (iii) improving the daily training environment at top female youth soccer clubs through developing best practices and training and organizational guidelines for its member clubs.  The ECNL is sanctioned by US Club Soccer and is sponsored by Nike Soccer.