RICHMOND, VA (December 19, 2017) – The Elite Clubs National League (ECNL) today announced Carrie LeCrom as the December S’Hero of the Month award recipient for individual and community leadership. As the S’Hero of the Month, LeCrom embodies the virtues that the Amazing Young WomenTM movement represents. Her passion to make an impact not only on her students, but on children and communities around the world, as a powerful female leader is inspirational and empowering. 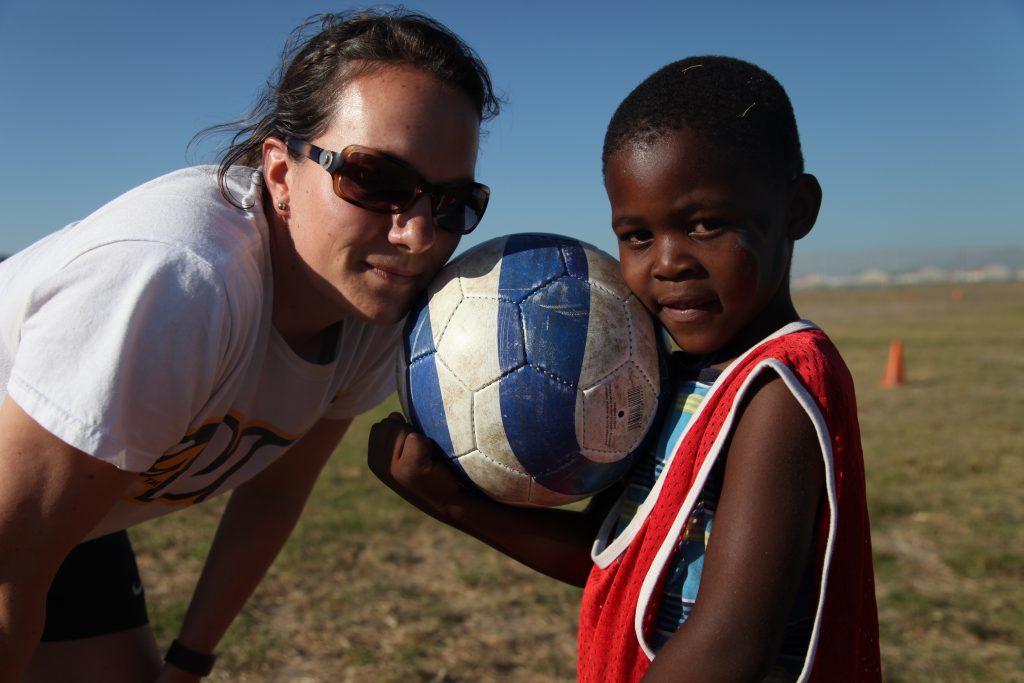 Carrie LeCrom has dedicated her life work to leadership, education and traveling the world. Soccer is the vehicle she has used to enact social change in communities around the world, with a focus on youth and an overarching goal to improve their daily lives. LeCrom’s background in soccer also inspires her daily leadership in the classroom and as she works with colleagues to develop initiatives both in the classroom and on projects using sport as a means for social change.

She began her journey in the sports business world at Virginia Commonwealth University where she earned a doctorate in Sport Leadership.  Upon completing her education, LeCrom transitioned into the role as professor for the Center for Sport Leadership (CSL). Fifteen years after she first entered the program as a student, she now leads the program as the Executive Director of CSL. 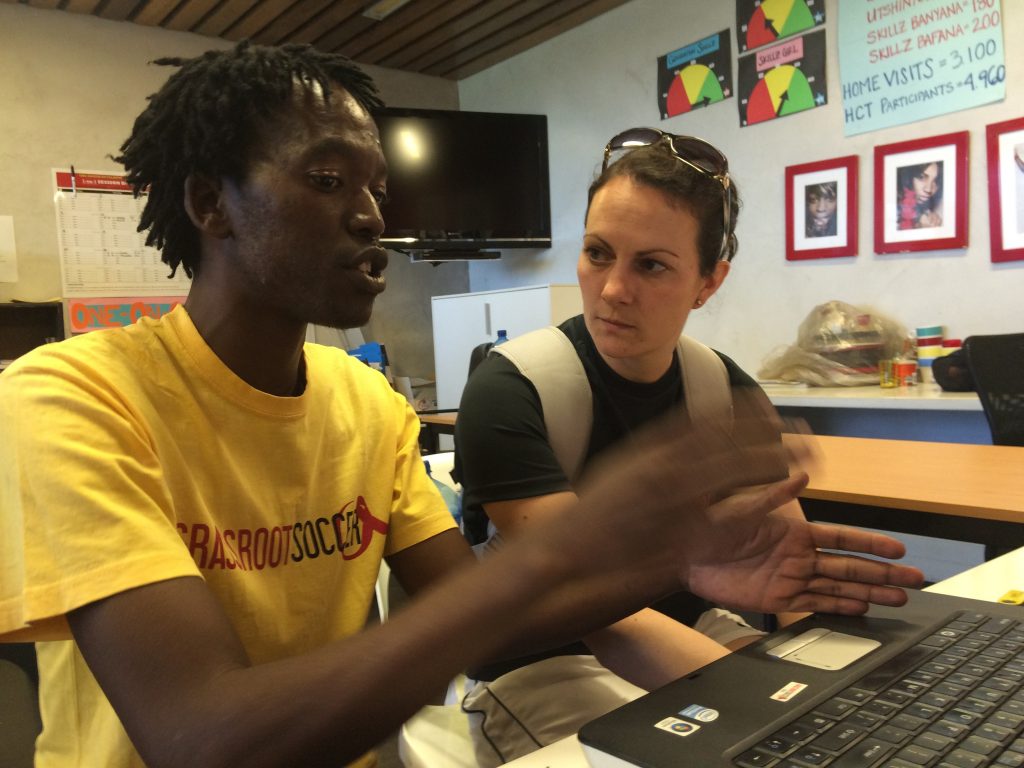 LeCrom works tirelessly to influence students to expand their minds, encouraging them to become impactful in the sports industry. Her leadership has led the program to earn national recognition, attracting more applicants each year. CSL is currently ranked in the top 10 sport business graduate programs in the country.

LeCrom brings a global mindset to the classroom, stemming from her passion for travel and desire to give back. She has a knack for discovering opportunities to work with the United States Department of State’s Sport Diplomacy sector, helping provide the means to bring small groups to other countries to share their knowledge and influence change.  LeCrom has cultivated a strong relationship with international sports groups through her efforts, having earned several federal grants to support each mission. She has had opportunities to immerse herself in different cultures, beginning her efforts in 2007.

“My first introduction to sport for social change and sport diplomacy in a formal way, was through earning a federal grant in 2007. I understood the grant and opportunity to travel was a discipline, and something we could pursue as a program,” LeCrom said about her first experience with the U.S. State Department “Our reach has expanded since then, having earned several other sport diplomacy grants. It has become a big part of our program and a personal passion.” 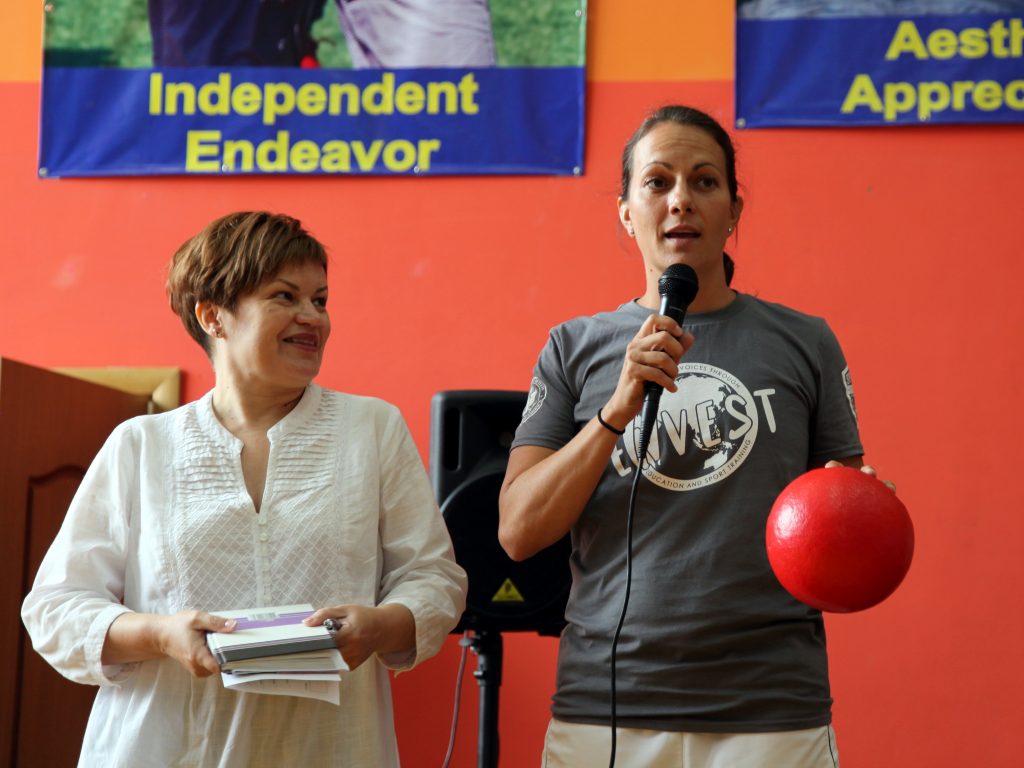 Over the past ten years, LeCrom and her colleagues at the CSL have written and secured three grants from the State Department taking their travels to China and South Africa, with their current project centered around a town in South-Central Asia. While her work with the CSL graduate students primarily focuses on the business side of sport, LeCrom remains passionate about the influence they can make on the individuals they interact with while traveling the world. She encourages her graduate students to give back both locally and abroad.

In her work both in the classroom and on grant-related projects, she approaches her leadership role as that of a coach and teammate. LeCrom is constantly driving those she is working with to learn more and to utilize their resources to find success, and is not afraid to allow another to take the lead. Her ability to work well with students and other staff, no matter what the taks, is a skill she picked up from her time on the pitch as an athlete, captain and teammate.

The ability to find a formula to successfully work with a group of people towards a common goal has been advantageous to LeCrom and her career. She praises her mentors and co-workers for believing in her and her dream to give back on a bigger scale. LeCrom surrounded herself with people that helped propel her forward and gain access to opportunities she never could have imagined. All of her accomplishments are due in part to the strong support system. 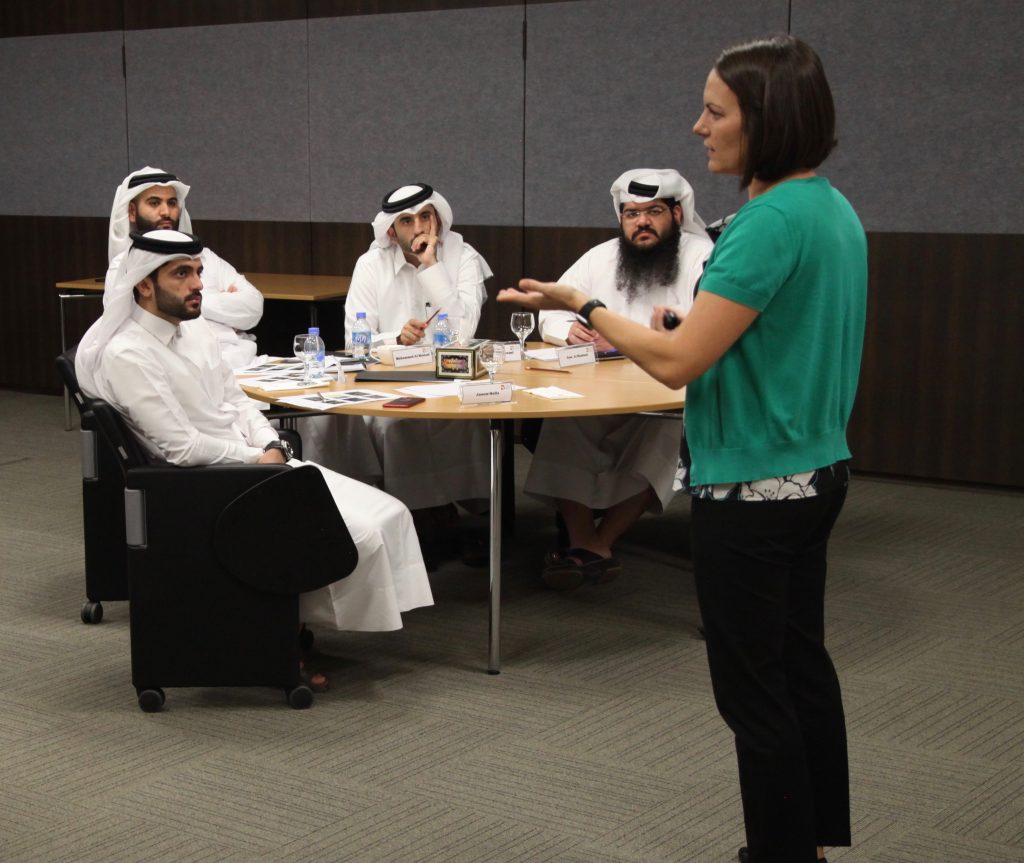 While the globetrotting may sound glamorous, the work surrounding federal grant writing is tedious, challenging and complex. Although LeCrom and her colleagues have been successful in securing several grants, they have also had their fair share of denials. LeCrom uses each rejection as a learning experience, so they can improve in their next grant request.

The current project in South-Central Asia is called ENVEST (Empowering New Voices through Education and Sport) and will run through 2019. This project consists of four two-way exchange programs with players and coaches from Kazakhstan, Sri Lanka, Nepal and India. The focus of this project is for each country and community to determine the way in which they will endorse social change through sport, and put a plan in place to take action.

“I see how much kids benefit from sport across the world when I do these programs, and that is what keeps me going,” LeCrom said about her drive to continue giving back. “We have people in all types of environments, and different backgrounds, that can come together to play on the same playing field. I don’t think there are a lot of things that can offer that to people. It is important to show others that it is possible and it can happen.”

While each project focuses on sport as a vessel for social change, the social issues in each country and community vary. The most recent project in South Africa focused on teen pregnancy and the issues that can come along with it. With the help of LeCrom and the staff involved, two local women have been able to make serious progress on teen pregnancy in the community. This is one of LeCrom’s favorite success stories, even provoking her to travel back on her own accord to reunite and show her support on the accomplishments they have made on their own.

This is an example of one of the many social issues that LeCrom and her team have worked to eradicate with sport. LeCrom also works on these issues in the academic setting by researching how to improve social change programs. She has published numerous articles about sport diplomacy and social change in various academic journals. Educating others on important issues is one of the best ways to impact people, and motivates LeCrom to continue her research. Through the CSL, she hopes to continue to use her position as a professor and leader to continue to develop future leaders.

LeCrom will be heading to India at the end of month to empower young women soccer players. She will be travelling with a girls’ soccer team from Salt Lake City, Utah. The first week will focus on learning about each other’s cultures and the second week they will hold a leadership summit. Over 250 girls from across the country will attend the summit to embrace the importance and pride that comes with being a young woman. Many of the countries that LeCrom travels to face cultural stigmas, especially when it comes to equality and women playing sports.

Beyond her efforts both in the classroom and around the world, she is first and foremost a mother and wife who cherishes her family. While LeCrom’s first priority is “raising kind and brave little humans,” she also cares deeply about making a difference in other people’s lives. Her leadership, compassion and drive to make an impact through sport has earned Carrie LeCrom the ECNL S’Hero of the Month recognition. Good luck to LeCrom as she continues her mission to inspire positive global change, while staying devoted to educating strong leaders in the classroom.