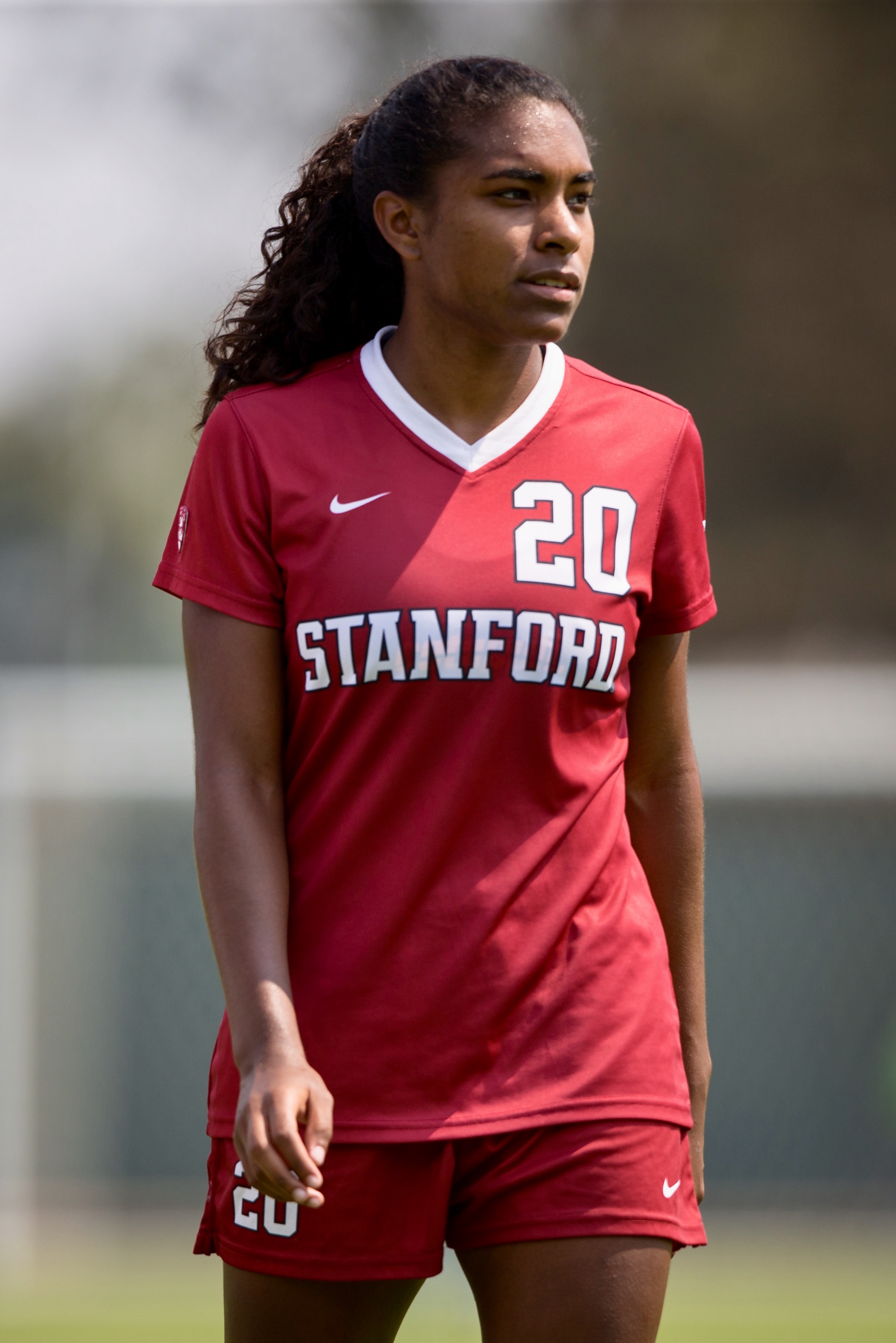 RICHMOND, VA (October 17, 2017) – The Elite Clubs National League (ECNL) announces Catarina Macario as the October S’Hero of the Month award recipient for individual and community leadership. As part of the Amazing Young WomenTM movement, the ECNL shares the stories of S’Heroes, women balancing their drive to become elite athletes with the pressure of fitting in with social peers.

Catarina Macario can always be found with a smile on her face, and as a freshman who has made an immediate impact on the pitch for Stanford’s Women’s Soccer program, she has a lot to smile about. The success she has encountered on the pitch is no mistake; it is the direct result of hard work and sacrifice made not only by herself, but her family.

Macario was born in Sao Luis, Brazil and grew up playing soccer on boys’ teams. At the age 12, she would no longer be allowed to play with her male counterparts and faced an incredibly tough decision: Stop playing soccer in Brazil, or continue her passion for the game in the United States. As a young girl , there were limited opportunities for her to play in Brazil, which prompted her family to seek other options outside of their home country. In 2012, her family made the decision to move to Southern California, giving Macario the best opportunity to excel and pursue her dream of playing soccer at the highest levels.

“It means the world to me that my family made the decision to move to the United States, because I would probably not be playing soccer right now if we were still living in Brazil. I am very thankful that my family believed in me and pushed me to become a better soccer player. My parents have made so many sacrifices for me, and I cannot put into words how incredibly grateful I am to them,” Macario said about her family’s decision to move from Brazil to the United States.

While the move to the United States turned out to be extremely beneficial to Macario’s academic and athletic future, it did not come without hardships. Her mother, a surgeon in Brazil, was unable to leave her work and ultimately was unable to make the move to the United States. Macario’s mother is her best friend and inspiration, so living on different continents presented new personal challenges. More obstacles were ahead for Macario, including learning a new language and immersing herself in a new culture. It was almost three years before Macario became fluent in English, and the learning curve continued on the soccer pitch.. Her American teammates played a faster, more physical game than she was accustomed to in Brazil, therefore she had to adapt and continue to develop her style of play. 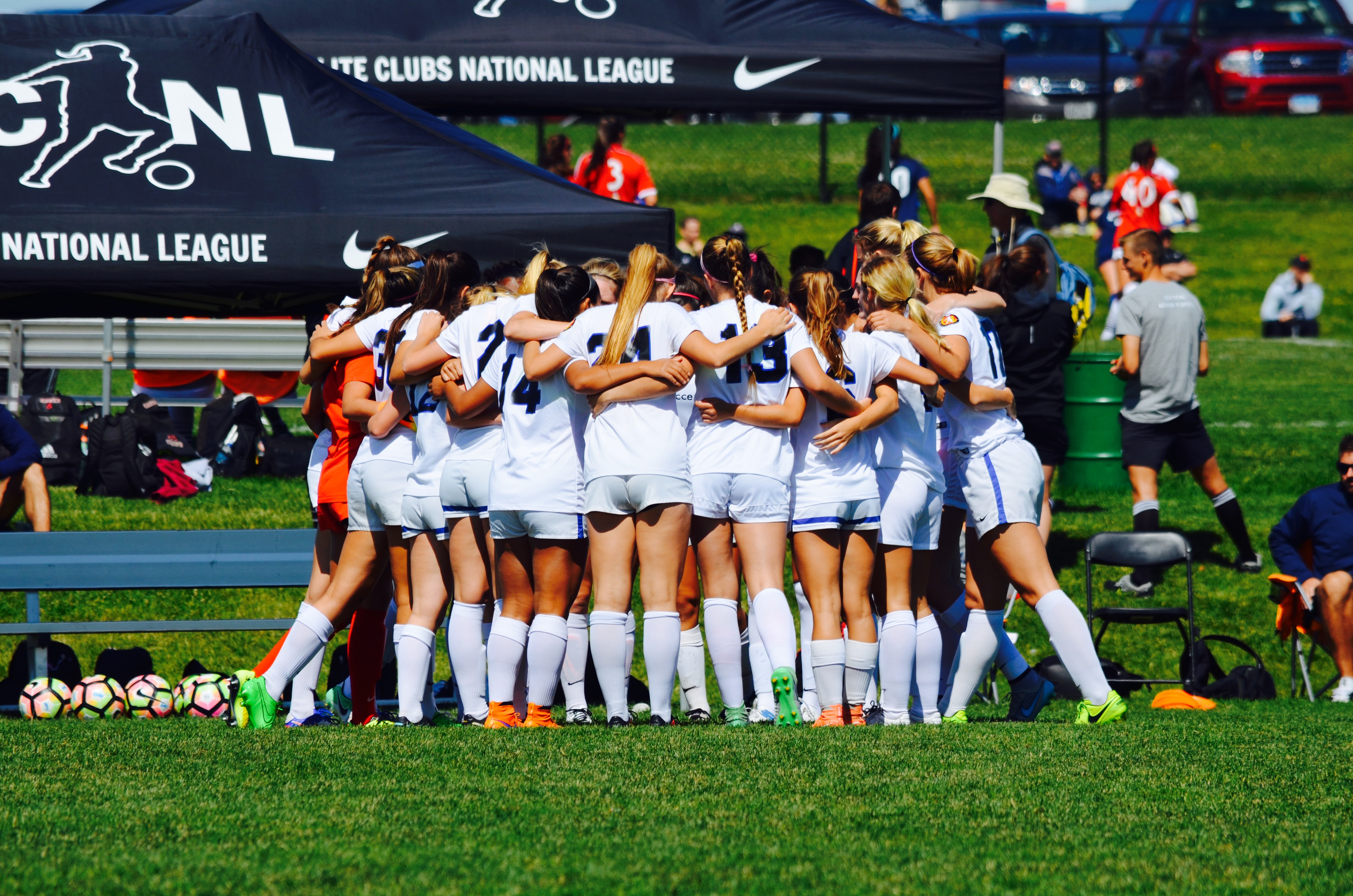 Despite the transition period on the pitch, she was immediately dominant in the club soccer scene with San Diego Surf. In her first season as an ECNL U14 player, she was the league’s top scorer with 50 goals. The next season, she led the San Diego Surf as they were crowned the U15 ECNL National Champion. As she was hitting her stride on the pitch and finally acclimating to life in the United States, Macario suffered an injury that every soccer player fears – she tore her ACL.

In the prime of her youth career and as college recruiting was ramping up, she was sidelined for an entire year. Looking back, Macario views this as a blessing in disguise and credits that year as the reason she was able to pursue collegiate soccer at Stanford.

“I knew in that moment that it would be a long time until I touched a soccer ball again. I immediately focused on school and doing the little things right to put me in the best position to return. The injury made me realize that soccer may not always be there, so that gave me the extra motivation to do well in school, which is what helped me get into Stanford,” Macario said about her injury. “I leaned on my family, friends and teammates to stay motivated through my ACL recovery while telling myself daily that giving up was not an option. I love soccer, so I knew that I couldn’t let this [injury] get in the way of following my dream.” 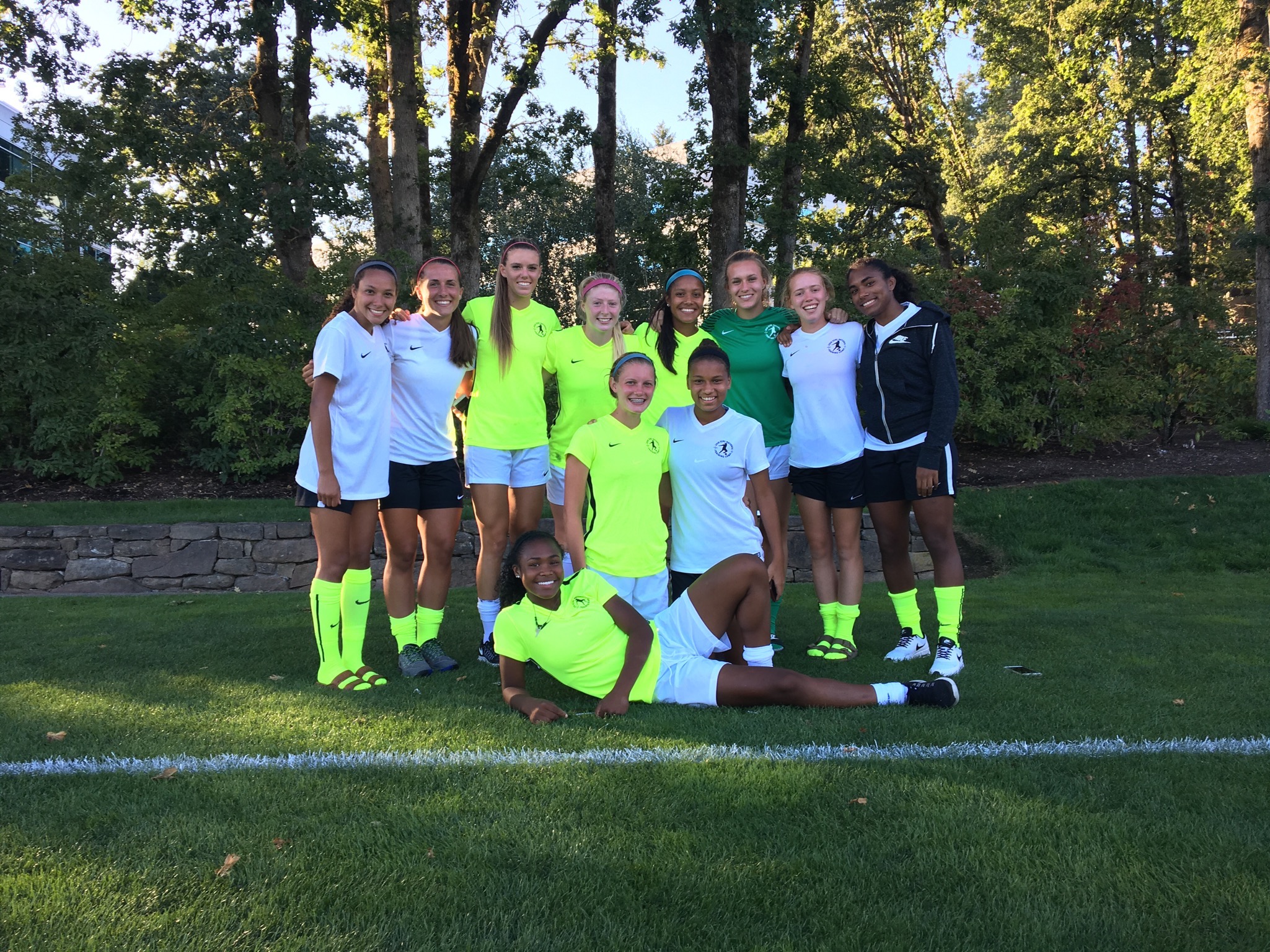 Macario came back arguably stronger than ever, earning herself the ECNL National Training Camp Best XI honor, which recognizes the top 11 players participating at the annual ECNL National Training Camp in Portland, OR. Shortly after, she committed to play collegiate soccer at one of the top women’s soccer programs in the nation, Stanford University. When she stepped on campus, she fell in love with the school, the team culture and most importantly, found a team full of people always looking to make each other better.

She ended her ECNL career in another ECNL National Championship game, this time falling short of the trophy, but with her legacy in the ECNL cemented as the all-time leading scorer with 165 goals in her career. Playing in pressure situations during competitive games in the ECNL helped to prepare her for the collegiate game, preparing her to be an impact player at Stanford as a freshman. In her first 14 games as a Cardinal, Macario has scored nine goals and tallied six assists, totaling 24 points, and is in the running for most points in the Pac-12.

Throughout her successes in the United States, Macario has never forgotten her roots and uses any opportunity, no matter how small, to give back to the young soccer players back in Brazil. Beginning at age 12, she has collected soccer equipment from her local community, and gives it to her mother to transport back to Brazil. She has helped more than 100 children with her donations, giving them a better opportunity to further develop their talent without the worry of being able to afford equipment.

Her never-say-die attitude on the pitch comes from the heart, as she works hard for her family, to not only make them proud, but to thank them for their sacrifices. She has her eyes on winning a national championship, or two, with the eventual dream of playing in the World Cup representing the country that gave her the chance to follow her dreams on the pitch, the United States.

Macario is thankful every day for the opportunity she has been given to continue to play the game she loves. Her unwavering pursuit of excellence in the face of adversity, paired with her selflessness to give back to her home country, has earned Catarina Macario the ECNL S’Hero of the Month recognition. Good luck to Macario as she continues her mission towards the NCAA Women’s College Cup and her future endeavors on and off the pitch.