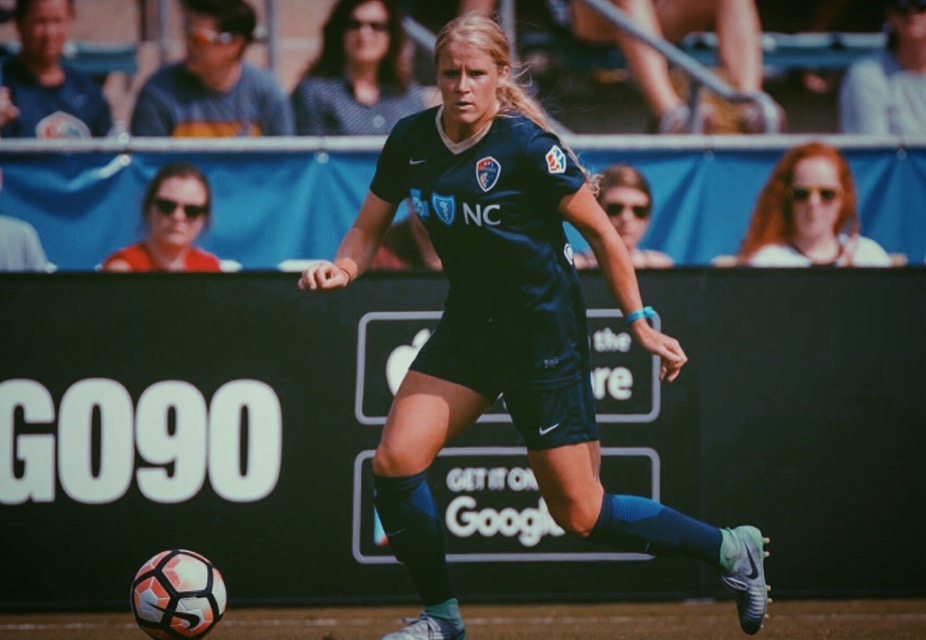 We are excited to announce Makenzy Doniak as the ECNL Amazing Young Woman Spotlight of the Week. Doniak currently plays in the National Women’s Soccer League (NWSL) for the reigning NWSL Champions, North Carolina Courage, who will be playing for the 2017 NWSL Championship this weekend. On top of her successful soccer career, she is also a committed Christian who places a great deal of importance on giving back.

Doniak is an ECNL Alum, having played current member club Slammers FC in the first two ECNL seasons. She went on to play collegiate soccer at the University of Virginia (UVA) where she still holds the record in career points record (164) and career goals (64). At the conclusion of her college career, Doniak was drafted 11th overall by the Western New York Flash in the 2015 NWSL draft.

“While in college I started to think about continuing my playing career, and not ending as a Cavalier. Now I am nearing the end of my second year as a professional soccer player, and I am enjoying every minute. Women’s soccer has grown a lot over the last decade, and it was great timing for me and where I was in my soccer career. I was able to finish college and go straight into playing in the NWSL. and am grateful that it continues to grow.” Doniak said about pursuing professional soccer after college. 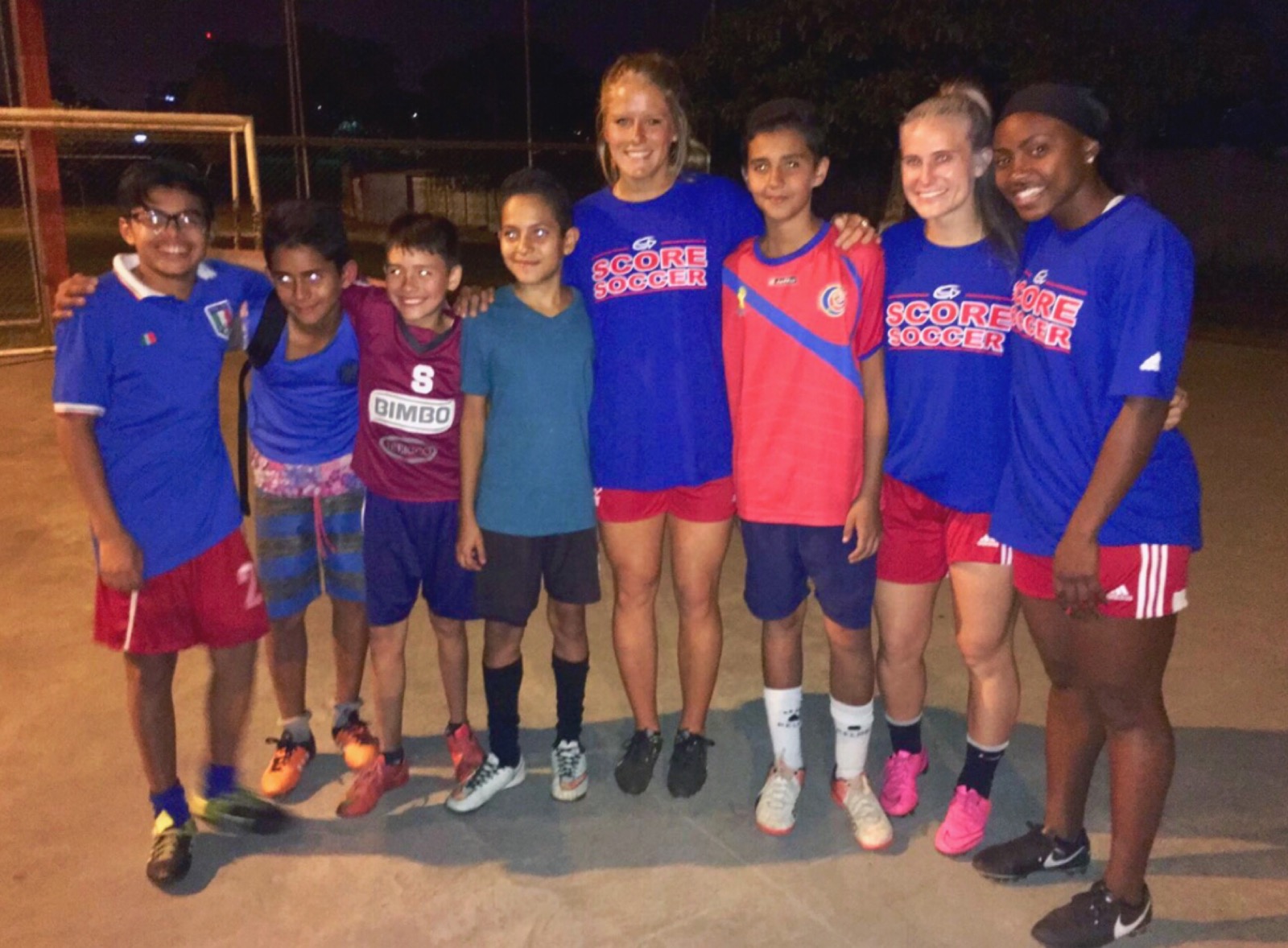 During her rookie season with the Western New York Flash, she felt lucky not only because of the team’s success on the field, but how tight knit the team became. Many of the players attended bible study daily and formed a close relationship with the team chaplain. It was during bible study that the team decided to pursue a mission trip, teaming up with Score International for a trip to Costa Rica.

Doniak traveled to Costa Rica along with fellow NWSL players Michaela Hahn and Jamia Fields on a weeklong mission to spread the gospel and passion for the beautiful game.

“It was one of the best experiences of my life. It was very soccer oriented which was awesome, and we were able to play soccer with boys and girls of all ages. It was amazing to be able to play soccer with people of various ages and backgrounds, and to tie in the gospel. Connecting the two worlds means a lot to me, and it was so rewarding to share with others.” Doniak recalled about her mission trip.

On top of playing soccer and sharing their own testimonies, Doniak and her fellow missionaries traveled to different communities to visit schools, play with children and distribute food. The main mission was to spread light and love throughout the community, with the goal to leave a lasting positive impact. Doniak came back from the trip truly humbled and inspired by the joy she encountered by the Costa Ricans.

Since her return, the NC Courage captured the NWSL Shield, an award given to the team with the best regular season record, and earned a spot in the 2017 NWSL Championship. The NC Courage will take on the Portland Thorns on Saturday, October 14 at 4:30pm (ET) to defend their title.

Thank you, Makenzy Doniak, for embodying what it means to be an Amazing Young Woman and spreading your light and love around the world. We wish you the best of luck in the NWSL Championship and in all of your future endeavors.