RICHMOND, VA (September 19, 2017) – The Elite Clubs National League (ECNL) today announced Nancy Lieberman as the September S’Hero of the Month award recipient for individual and community leadership. As part of the Amazing Young WomenTM movement, the ECNL is sharing the stories of S’Heroes who are role models for our nation’s young female athletes who are balancing their drive to become elite athletes with the pressures of fitting in with social peers 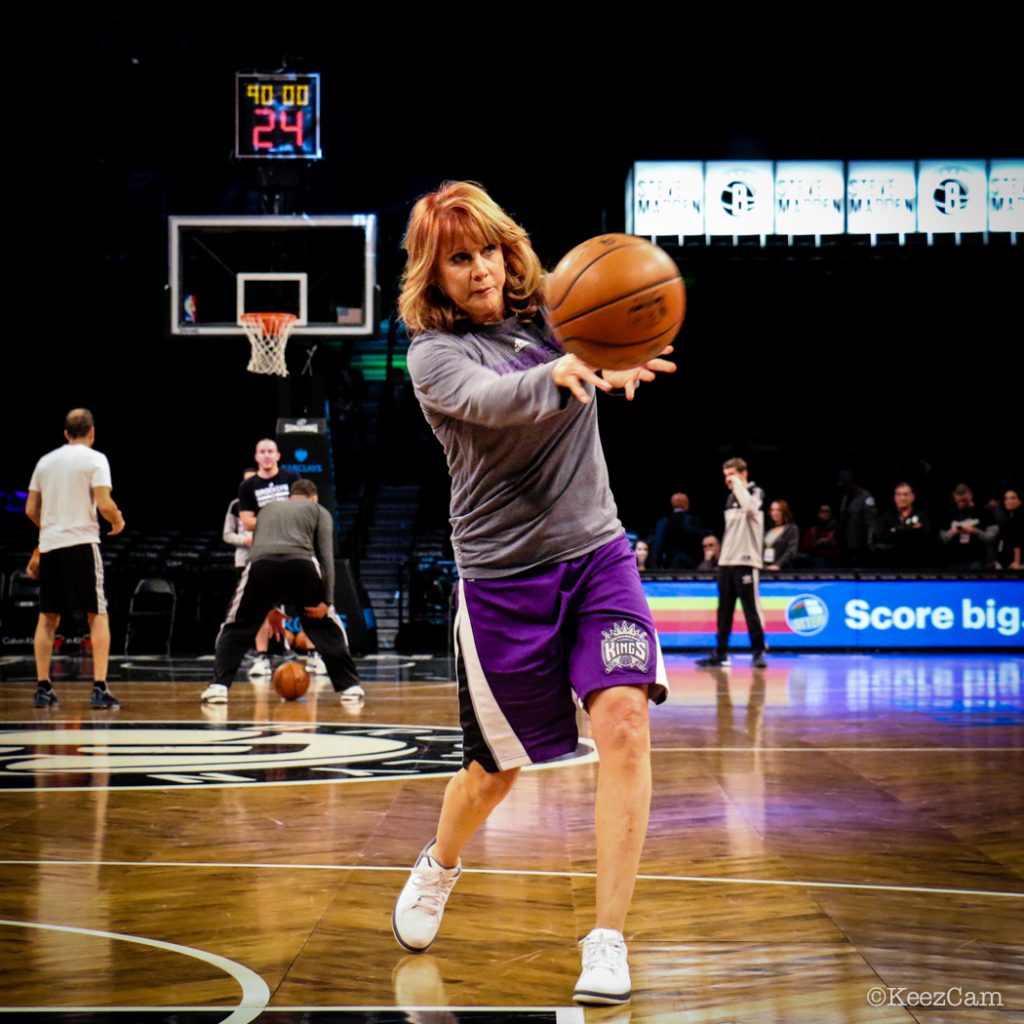 Nancy Lieberman grew up a hard-nosed basketball player in Harlem, New York and through setting goals and a relentless work ethic, she became one of the best women’s basketball players of all time. Her passion for the game of basketball shaped her into the person that she is today. Lieberman’s confidence, self-esteem and positive decision making skills not only led to a success path, but inspired her to give back and share her experiences with others. Her list of accomplishments span several decades, and across multiple platforms, making her truly unique. Lieberman is a trailblazer and pioneer for women in sport, and prides herself on paying it forward because the support system she had growing up made her success possible.

“I love being a role model, philanthropist, coach and at the top of the list, I love being a mother. I pride myself on being a giver,” Lieberman said about giving back to the community and the game of basketball. “I am constantly trying to mentor and help people to the best of my ability, because it worked for me. Quite frankly, anyone who has ever been great, has had help along the way.”

Lieberman is also known as “Lady Magic” for her amazing basketball career in which Team USA took home the silver medal in the 1976 Summer Olympics and made her the youngest basketball player in Olympic history to medal, at just 18 years of age.  Lieberman went on to be a three-time All-American, two-time NCAA National Champion and two-time National Player of the Year, playing collegiately for Old Dominion University.

In addition to her playing career, Lieberman has left her mark on the game as a Women’s National Basketball Association (WNBA) coach and general manager when she led the WNBA’s Detroit Shock to the highest winning percentage of any expansion team in professional sports. This earned her runner-up for WNBA Coach of the Year. 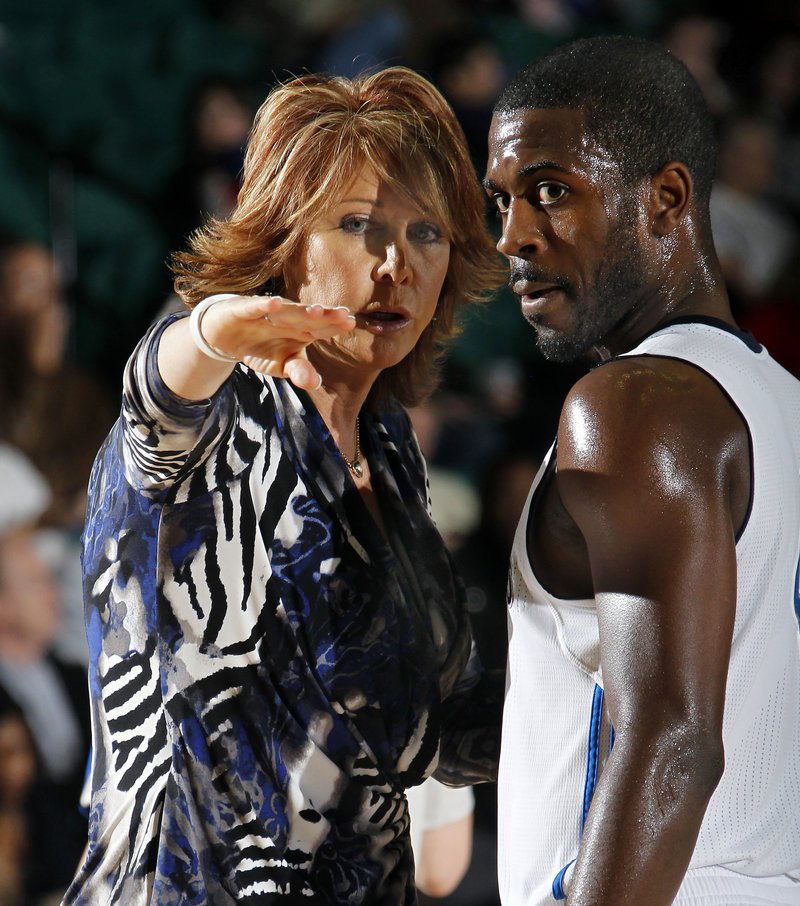 Adding to her stellar coaching career, Lieberman also became the first female coach on staff with the National Basketball Association (NBA). She served as the Head Coach for the Texas Legends, NBA D-League from 2009 to 2011. Lieberman became the second woman, behind Becky Hammon, in history to join the coaching staff of an NBA team, hired as a full-time Assistant Coach with the Sacramento Kings in 2015.

Her countless successes led to her induction into the Naismith Memorial Basketball Hall of Fame in 1996, and now the Basketball Hall of Fame awards the Nancy Lieberman Award which honors the best collegiate point guard in women’s Division I basketball.  Over the past 37 years, one of her biggest priorities has been giving back to the game at the grassroots level, hosting basketball camps for youth in Dallas, Texas.

“I was tremendously average in height, weight, jumping ability and athleticism. The guys were better, bigger and stronger in those area, but there was no measurement for my heart, IQ and desire.” Lieberman recalled about her time playing professionally in the USBL. “It did not matter if I was white or black, or a man or woman. I wanted and needed to play, and the USBL provided the environment. I am so grateful for the opportunity they provided to me.”

Throughout her career on the court Lieberman earned both respect and support from men in the game, and met the same response when she joined the NBA on the coaching side of the game. The General Manager of the Dallas Mavericks and owner of the Texas Legends, Donnie Nelson, was the trailblazer that led Lieberman to her current coaching role. It led to a ripple effect of positive support from fellow NBA coaches such as Eric Musselman, Darvin Ham, Chris Finch, Brian Yates and Nick Nurse. All of whom reached out welcomed her as a tremendous addition to the NBA coaching family.

“I do not view myself as having obstacles. In my opinion, if you have obstacles, you are starting in a negative place. I respect everybody, and fear nobody. This is my mantra, and was woven into my psyche at a young age by my friend, hero and mentor, Muhammad Ali.” Lieberman said about her outlook on facing adversity in life. 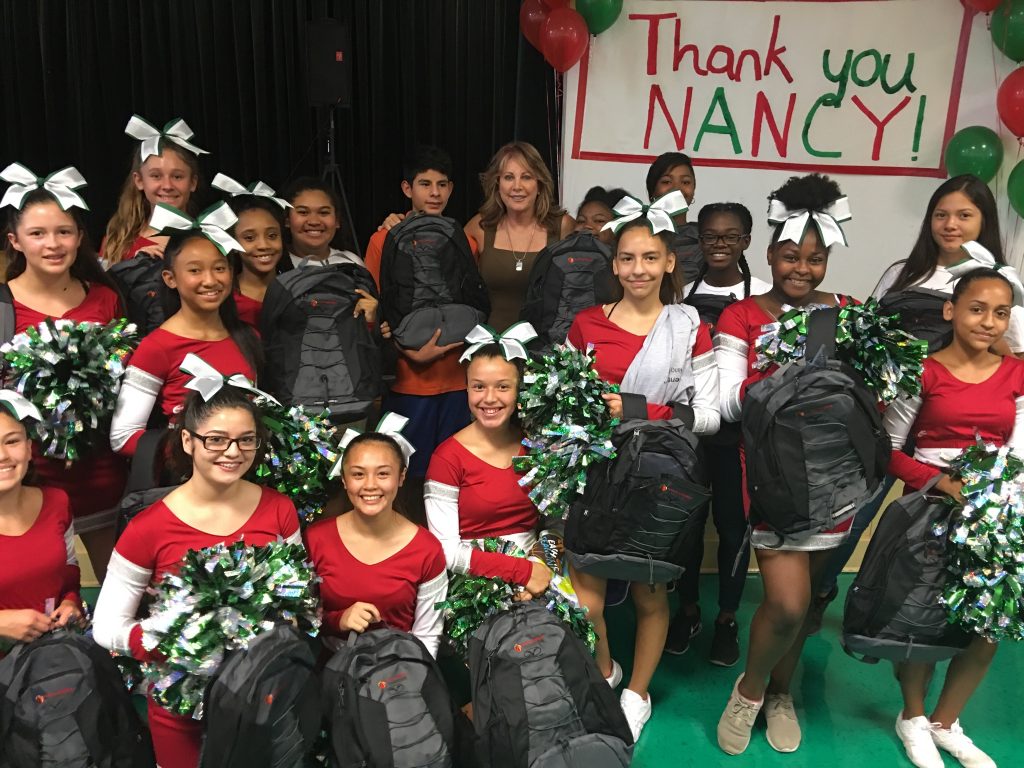 Everyone who has supported, mentored and championed Lieberman along her journey has played a key role in her drive to give back. For over 20 years, she raised an average of $100,000 annually to go directly to families in underprivileged communities which included paying ‘life bills’ for families in need, giving shoes to kids, providing food to families and transporting youth to camps, placing them in a healthy environment to learn valuable life lessons around sport.

From her upbringing through all of the opportunities she has been given through the sport of basketball, she has taken her experiences to another level by creating Nancy Lieberman Charities (NLC). Lieberman founded NLC as a 501(c)-3 non-profit organization in 2009, and continued to make an extreme impact within the community. The charity awards college scholarships and provides laptops and back to school backpacks to those in need. NLC comes full circle with academic and sport opportunities at the forefront, using both as a vessel to make a positive impact in communities that need it the most. 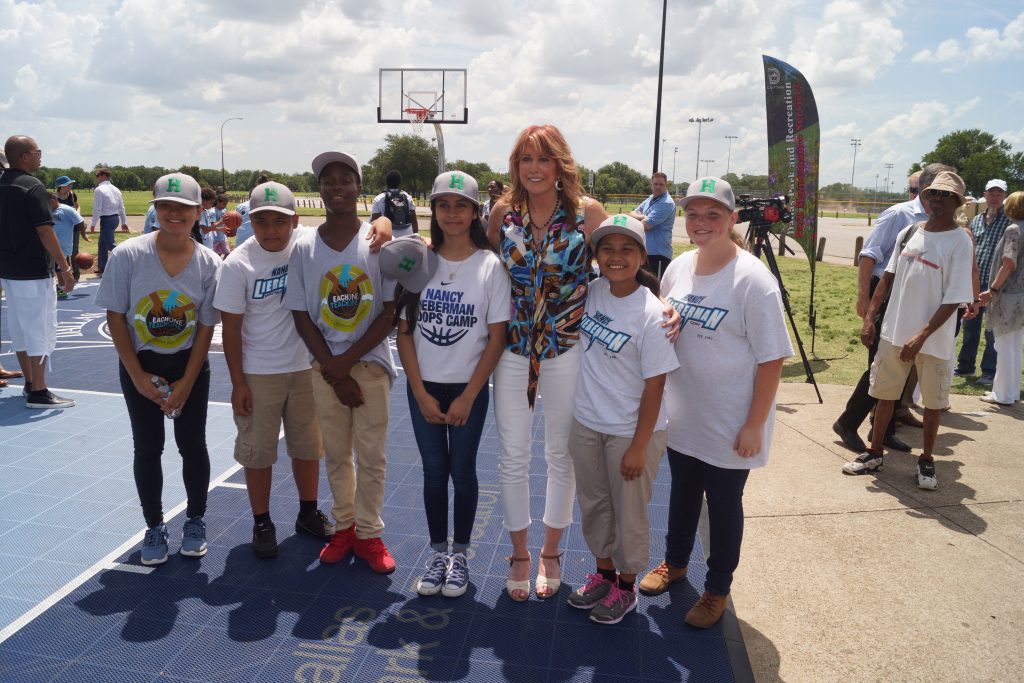 In addition to the above, NLC is involved with Dream Courts, helping build basketball courts across the nation. Dream Courts aims to make basketball more accessible to kids as well as provide a place for children to have safe area to play basketball, interact with their friends and learn life lessons. Along with building additional infrastructure within communities, NLC helps cultivate and strengthen relationships with local law enforcement to add a layer of safety and awareness. An added touch to ensure the positive impact extends further than the court.

Lieberman credits her philanthropic efforts to her personal experiences and passion to give back. As a direct result, NLC has awarded a total of 34 college scholarships, 10,000 backpacks, over 1,500 computers and iPads, and have assisted with building 39 total Dream Courts across the country in a six-year span.

Beyond the numbers, Lieberman values the interaction with youth both on and off the court, making her presence at camps a priority. She wakes up every day with a purpose to inspire and help other, using her life experiences as fuel to drive others to reach for the stars.  Her desire to give back with the pursuit to be the best version of herself has earned Nancy Lieberman the ECNL S’Hero of the Month recognition. Good luck to Lieberman as she continues her mission to break the glass ceiling and influence other Amazing Young Women along the way.

ECNL Alum in College | Beginning of the Season Recap