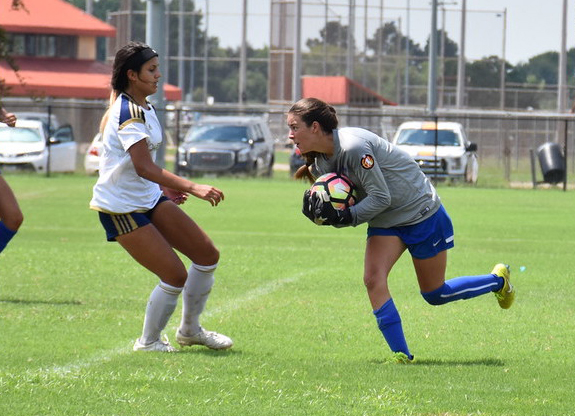 RICHMOND, VA (September 13, 2017) – The ECNL and the Amazing Young Women movement is dedicated to showcasing females that have helped shape the league into the top female youth soccer development platform in the world. As part of the movement, the ECNL is encouraging amazing young women to share their stories.

We are excited to announce Meredith Clark as the ECNL Amazing Young Woman Spotlight of the Week. Clark currently plays for the Albion Hurricanes FC (AHFC) ECNL U17 team in Houston, Texas and recently raised over $7,500 for Hurricane Harvey relief by selling t-shirts.

“When people close to you are in a tough situation, it makes you want to do something,” Clark said about deciding to raise money for Hurricane Harvey relief. 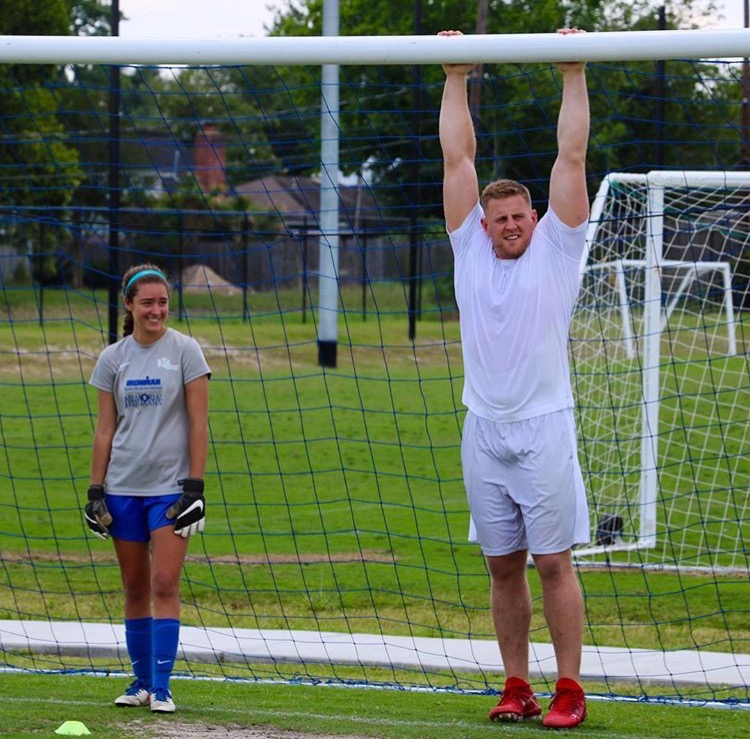 Clark could not sit back idly after watching some of her close friends and teammates flooded out of their homes by Hurricane Harvey. Instead, she leapt into action. While she originally wanted to get out of the house to help on the ground with cleanup, it was not safe for her to do so. That is when she decided to start a fundraiser.  She had been a part of a successful drive previously, in which t-shirts were sold to raise awareness and funds to those in need, and decided to do the same for the JJ Watt Foundation.

It was an easy decision to align with JJ Watt’s foundation as he had previously teamed up with AHFC, attending a practice and giving back to the community (click here to see the video). Knowing JJ Watt’s passion to giving back, she was immediately drawn to his campaign.

Much like JJ Watt’s goal for raising money for Hurricane Harvey relief, Clark started with a modest goal of selling 50 shirts, reaching it faster than expected. Through social media she was able to sell over 650 shirts and raise over $7,500 in about a week, reaching people beyond her family and friend circle.

On top of her fundraising efforts, Clark also used her week off of school from the hurricane to volunteer at a children’s camp.  Here she assisted with local youth displaced by the hurricane and in shelters, whose parents had to go back to work.  In a time of need, Clark was a positive force and helped towards the rebuilding efforts that are still ongoing.

Thank you, Meredith Clark, for embodying what it means to be an Amazing Young Woman and being a leader within your club and community. We wish you the best of luck in your future endeavors!