RICHMOND, VA (August 21, 2017) – The Elite Clubs National League (ECNL) today announced Soccer Girl Problems (SoccerGrlProbs) as the August S’Hero of the Month award recipient for individual and community leadership. As part of the Amazing Young WomenTM movement, the ECNL is sharing the stories of S’Heroes who are role models for our nation’s young female athletes who are balancing their drive to become elite athletes with the pressures of fitting in with social peers.

SoccerGrlProbs began as a viral sensation in 2011 and has taken the soccer world by storm over the past six years. What started as a Twitter account to vent their hilarious frustrations and thoughts during preseason has turned into a global lifestyle brand. The young women behind the lifestyle brand, SoccerGrlProbs, have taken their passion and love for the beautiful game and turned it into a way to build community and encourage positive self-image for young women in soccer. 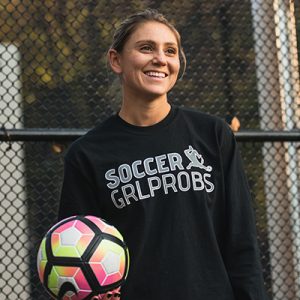 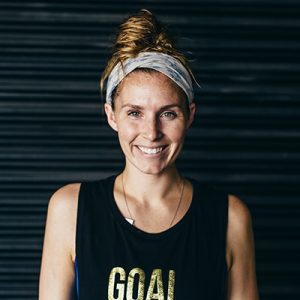 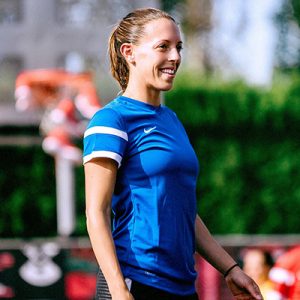 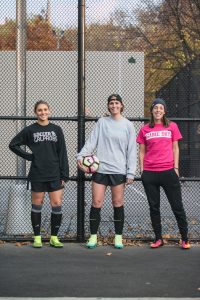 SoccerGrlProbs was created by Carly Beyar, Shannon Fay and Alanna Locast, three young women who hail from Long Island, New York and played NCAA Division I soccer at Fairfield University in Connecticut. SoccerGrlProbs began organically as a way to put a comical twist on the tribulations elite soccer players face through a single Twitter account.  A year later they released their first video, which went viral drawing one million views in just three days. It was when they designed their first t-shirts sporting the line “I can’t, I have soccer” that they began thinking this could be something much bigger.  The limited amount of 300 shirts sold out overnight, justifying their inclinations to make SoccerGrlProbs as a legitimate business venture.

Over the past six years, they have grown their brand by leaps and bounds, capturing over 200,000 followers on Twitter, producing 125 videos with almost 19 million views and selling more than 20,000 pieces of merchandise. This growth has allowed SoccerGrlProbs to hone in on their mission and impact young women around the game in a positive light.

“We believe social media has helped a lot with us being able to spread positivity,” Shannon Fay, SoccerGrlProbs Co-Founder said about their social media growth and mission. “We are committed to promoting self confidence and a positive lense when looking at yourself.  Negativity should not control your life, and we want to play a role in assuring that it will not. It is important that message is shared and heard in everything that we do.” 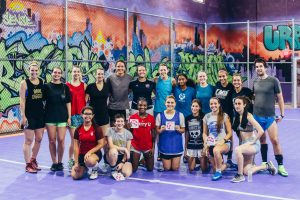 Soccer has given SoccerGrlProbs a platform to empower and reach young women, and the opportunity to turn their passion into a career.  Giving young women opportunities and connections within the soccer community drives them to continue their work and expand their brand even further.

Over the years SoccerGrlProbs have hosted several leadership clinics, pick-up games and Q&A panels to establish more personal connections with young athletes. The results, they were fielding many of the same questions, specifically on the college recruiting process. This drove them to write the book “The SoccerGrlProbs Survival Guide To Playing College Soccer,” providing answers to common questions female soccer players have on the stressful process of transitioning from one chapter to the next.

SoccerGrlProbs have taken the leadership and empowerment from the field to the office, using their own experiences to raise the game and spread positivity throughout the soccer community. By giving back to the beautiful game, this group of strong young women, strive to empower others on and off the soccer pitch.

The commitment to give back to the game, embrace the hardships of elite soccer and turn all aspects into a positive has earned SoccerGrlProbs the ECNL S’Hero of the Month recognition. Good luck to these Amazing Young Women as they follow their mission and hearts to grow the beautiful game, break boundaries and influence others along the way.

Getting to Know | Alanna Locast of SoccerGrlProbs