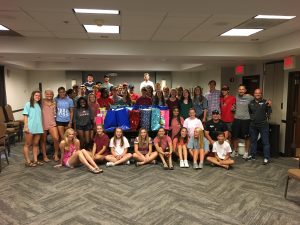 BIRMINGHAM, AL (August 9, 2017) – Each year after team camp Birmingham United Soccer Association (BUSA), now Alabama FC, hosts BUSA Serves Day, in which each team participates in a service project. This year for the first time ever, every team in the club worked collectively on a singular project: collecting items and organizing gift bags to be passed out to every patient and family currently in Children’s Hospital of Alabama (Children’s). Children’s provides specialized medical care for ill and injured children and is the only medical center in Alabama dedicated solely to the care and treatment of children.

The Alabama FC Girls and Boys ECNL U18/U19 teams spearheaded the project by taking charge and collecting the items, organizing the gift bags and making sure that they were delivered to the hospital for distribution. In total, Alabama FC was able to collect over $50,000 worth of items including books, art supplies, board and cards games and gift cards for over 250 patients in the hospital. The project began in June and collections were received over a two-month period. Items were delivered to a central location on July 30th for ECNL teams to organize and bag, delivering the items to Children’s the next day. 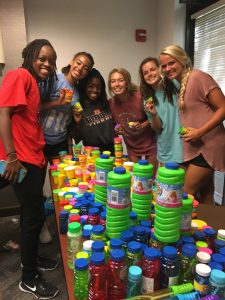 Alabama FC selected Children’s as their service project this year for two reasons. First, this project gave Alabama FC’s players the opportunity to see first hand how fortunate they are, with an inside look at peers whose circumstances are much different.

The member club believes in cultivating well-rounded individuals, and giving back is a big part of just that. This project had a high likelihood of enlightening player perspective on obstacles outside of soccer, hopefully creating a greater sense of empathy towards those who have bigger mountains to climb. The project was dedicated to Addison Sewell, from Alabama FC’s ‘93 age group who successfully battled cancer and faced slim odds. She won her fight and was able to return to the field before graduating from high school. Alabama FC has had several former players battle cancer and other childhood diseases. This was an easy choice, as they continue to be one of many support systems for the community in the fight against cancer.

“I am overwhelmed by the generosity of our membership and so excited about the commitment to help and serve others on our 2017 BUSA Serves Day!” Alabama FC Executive Director, Andrew Brower said about his club’s commitment to serve those in the community. “We have been able to provide over 4,000 items and care packages for each patient currently in Children’s, which is an amazing accomplishment!  We, as an organization, are proud of our players and family members who have rallied around an excellent cause to provide a small ray of sunshine to the patients and families currently at Children’s.” 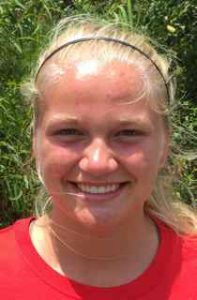 Faith Hauberg, U18/U19 Girls
“I thought the service project went very well! It was great to be able to work with my team to help kids at Children’s Hospital. Those kids are going through a lot right now so it was rewarding to be able to give them something that would cheer them up and make their day a little bit better. I know it opened up everyone’s eyes to how blessed we are because those kids are not able to do what they love on a regular basis. It showed everyone that we need to be thankful for the normal, everyday gifts in life that we take for granted.” 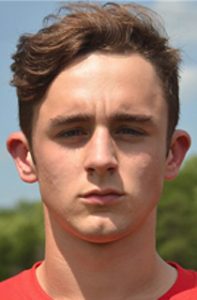 Selim Tunagur, U18/U19 Boys
“It was great seeing how so many people from the club were involved with the items they brought. I cannot even fathom what the patients and families are going through. I had a great time with my teammates and enjoyed giving back and doing something that could really put a smile on someone’s face.”

Alabama FC is proud of the leadership these young players have shown in the club, and of the stewardship they have given to the community. Thank you for raising the standards and setting an example within your community. Together we can #RaiseTheGame on and off the field, and continue the battle against childhood diseases.

About Boys Elite Clubs National League: Boys Elite Clubs National League (Boys ECNL) was founded to provide a top level, club-based development, training, and competition platform for youth male soccer players in the United States. The mission of the Boys ECNL is to improve the landscape for players in the United States through innovative, player-centered programming that raises standards of quality and improves the player experience in all aspects of the game.