RICHMOND, VA (July 19, 2017) – The Elite Clubs National League (ECNL) today announced Dianna Russini as the July S’Hero of the Month award recipient for individual and community leadership. As part of the Amazing Young WomenTM movement, the ECNL is sharing the stories of S’Heroes who are role models for our nation’s young female athletes who are balancing their drive to become elite athletes with the pressures of fitting in with social peers. 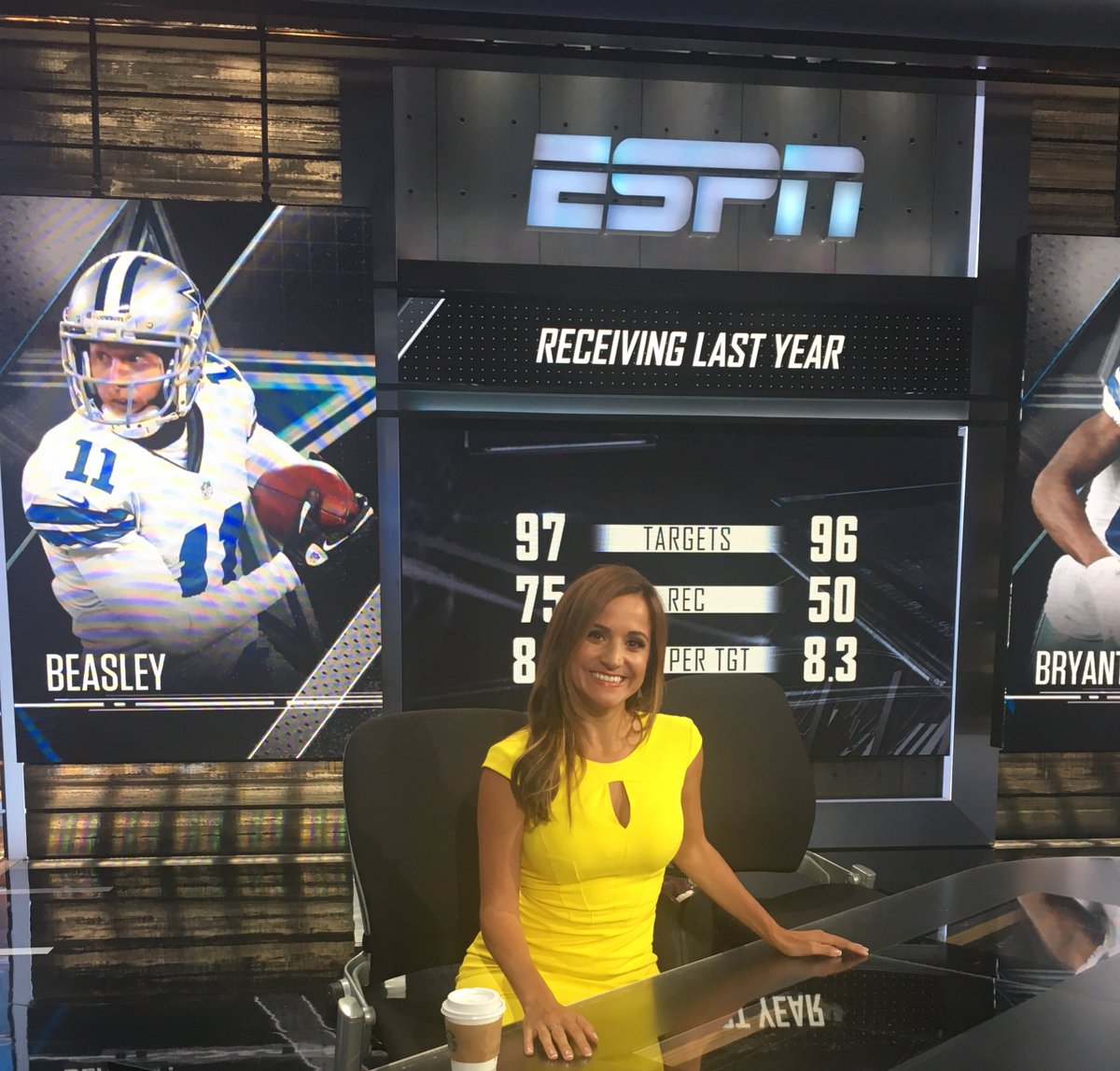 Dianna Russini made the most of her bus trips with the George Mason University (GMU) Women’s Soccer team, utilizing the travel time as an opportunity to practice her journalism skills. She would often bring her camera along to capture her teammates interviews, grabbing a hairbrush or bottle of Gatorade as a “microphone” to delve into her teammates’ psyche.  Russini had a dream of becoming a broadcast journalist, and set her sights on achieving this goal. All of the practice interviews on family, friends and teammates paid off as she worked her way through local TV news affiliates in Seattle, Washington D.C., and Connecticut.  Russini landed her current position as an ESPN anchor for Sportscenter and NFL Live in 2015 and is enjoying every moment.

Originally from the Bronx, New York, Russini grew up most of her life in New Jersey, and both environments helped cultivate her hard-nosed mentality. Throughout her childhood she played every sport she could from soccer and softball to ballet and track & field. Sports have always been a constant in her life, and she credits her athletic background for building a strong foundation both on and off camera. Russini’s grit, love of a challenge and constant demand of excellence from within is what led her down a path of success in broadcast journalism. 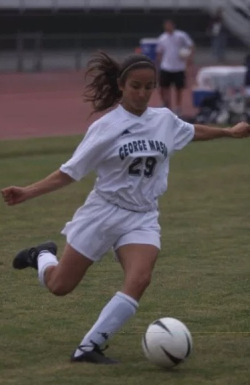 Growing up as a multi-sport athlete provided endless choices and opportunities for Russini, making the decision to pursue a collegiate athletic career quite the task.  She ultimately chose the route she believed provided the biggest challenge, because that is how she is wired, deciding to play Division I soccer.

“My worst sport was soccer. I was solid player, but I was average at best compared to my teammates. I loved the idea of being the underdog, and having the cards stacked against me.  Nobody thought I could play DI soccer.” Russini said about her pursuit toa collegiate soccer career. “In high school, I was the only one on my team that my coach had doubts about continuing at the collegiate level.  This was no secret, in fact I was aware of how my head coach and the rest of the staff felt about my ability or lack there of for the next level.  This was the fuel I needed to challenge myself and make a name for myself.  I turned down scholarships to run track, and committed to a walk on spot for the GMU Women’s Soccer Team.  My foot was in the door, and I relished every second of the experience, even earning a scholarship and a starting position. Making that particular team is still high on the list of my greatest accomplishments.”

Russini found a new sense of confidence and found herself thinking about the next challenge she would attack.  Not long into her freshman season it became crystal clear, as the fall of 2001 was one etched in every American’s memory.  The September 11, 2001 tragedy rocked the United States of America with the attack on the World Trade Center, Pentagon and United flight. This was especially close to Russini as her father was in World Trade Tower One, in the city she called home. On that fateful day, she had an epiphany while watching Robin Meade deliver the devastating news to the entire country.  It was at this very moment she realized her calling to become a broadcast journalist. 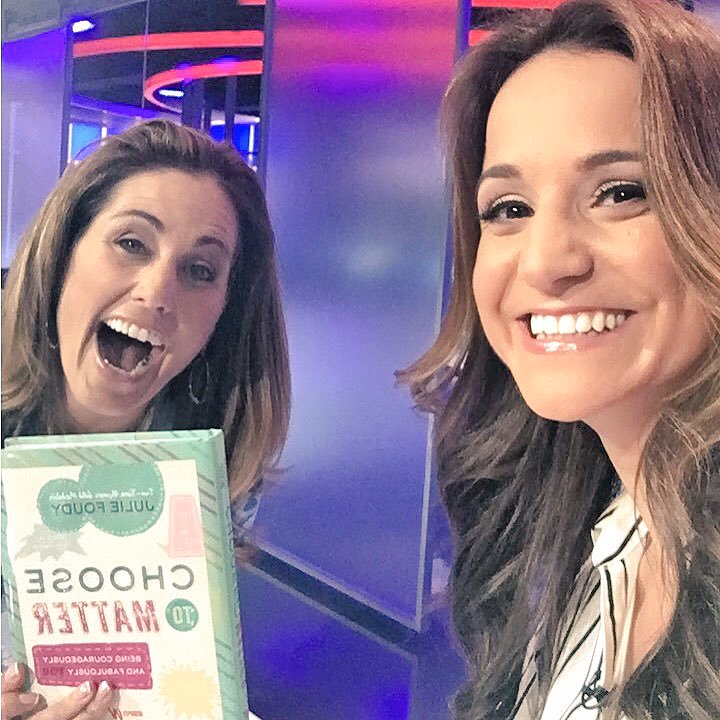 “I thought what she did was so powerful and courageous, and also important to such a big audience.  I wanted to be that person, to give the message, to inform the people. From September 11, 2001 on, I knew exactly what I wanted to do.  It was time to set my sights on the steps I needed to take to reach my next goal,” Russini said about finding her ambition to become a journalist.

The confidence from setting out to play DI soccer and succeeding only intensified her ambition to pursue this new venture. Using networking opportunities at every chance, Russini jumped at any chance to explore the broadcasting world. She even obtained an internship at ABC News when her father, a plumber in the building, asked the anchor if they had any positions available.

When she encountered turbulence in her journey, she summoned the inner strength from her days as an elite athlete to get up every time she was knocked down.  The game of life is all about the challenges you face and how you learn from each of them.  The tenacity she exuded on the field directly translated into the workplace, helping Russini build on her confidence as she inched her way into the spotlight and closer to her dream job.

“In this business, you have agents, evaluators and all of the additional supporters working with you, to push you. I credit my college teammates for playing a major role in getting me to where I am today.” Russini said about the support she received while at GMU. “Those girls had to deal with more interviews than you can imagine, and I cannot thank them enough for the countless hours of preparation they gave me.”

Over a four-month span Russini was the lead reporter for the Sandy Hook shooting and the Boston Marathon bombing, two sensitive incidents with national media exposure.  Both experiences played a huge role in shaping her as a journalist, and preparing her for the next task.

Russini uses her background in sport to overcome personal and professional challenges, and hopes to pave the way for other young women to follow in her footsteps. Her desire to continue to learn and grow in the work place paired with her unwaivering pursuit of her dreams has earned Dianna Russini the ECNL S’Hero of the Month recognition. Good luck to Russini as she continues her mission to break the glass ceiling and influence other Amazing Young Women along the way.