Erica Porter Recognized as June ECNL S’Hero of the Month

RICHMOND, VA (June 20, 2017) – The Elite Clubs National League (ECNL) today announced Erica Porter as the June S’Hero of the Month award recipient for individual and community leadership. As part of the Amazing Young WomenTM movement, the ECNL is sharing the stories of S’Heroes who are role models for our nation’s young female athletes who are balancing their drive to become elite athletes with the pressures of fitting in with social peers. 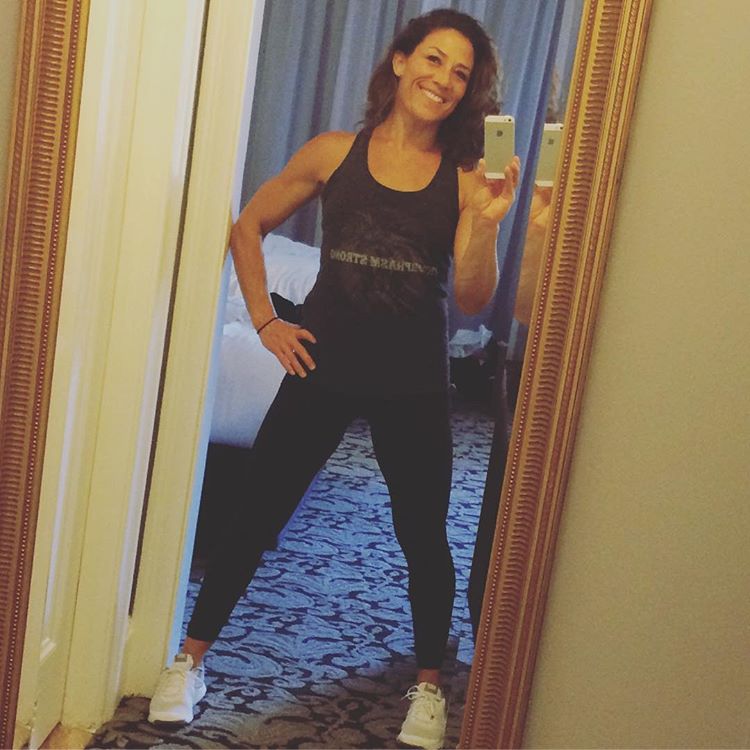 On any given day, you can find Erica Porter in her gym in Chesterfield, Virginia leading and inspiring groups through workouts, sporting an Endorphasm shirt and a smile on her face. Porter is a current professional wrestler, book author, personal trainer, lifestyle and weight management coach, mother and entrepreneur.  At the age of 42 she is living her dream. Porter competes quarterly in the Women of Wrestling (WOW) in Los Angeles and is a World Champion, and in her day-to-day life she spends her time inspiring others to live their best life.

Porter was born in Guatemala, but moved to Columbia shortly after she was born because of a massive earthquake that devastated the small Central American country. At the age of four, she moved to the United States with her family where she has lived the majority of her life.

Porter grew up as a gymnast with the dream of making it to the Olympics, but an injury halted that dream before she had the opportunity to compete at the highest level. She began searching for a new passion, and while team sports did not fit the mold she was looking for, she found the world of dance and instantly fell in love. Her focus quickly shifted to becoming a professional dancer. Porter was adamant about pursuing this as her career, but there are many demons lurking in the world of dance that she faced head on before determining the true purpose of her life.

She continued to pursue dance in college at Point Park University in Pittsburgh, Pennsylvania where she studied dance, business and biology with an emphasis in kinesiology. Porter was quickly confronted by the darker side of dance while studying there, in regards to the stereotypical body image of a dancer. She was told she did not fit the mold, and would not succeed because of it, which really tested her spirit.

Throughout her adolescence, she had an unhealthy relationship with food. While other young women, particularly dancers, in her life turned to diets and even eating disorders such as anorexia and bulimia, Porter instead would overeat. After overeating, she would then compulsively workout rigorously to offset her eating. It was not until she was in her 20s that she started to explore the reasons why she was participating in this type of behavior, making the decision to confront ‘the monkey on her back.’ 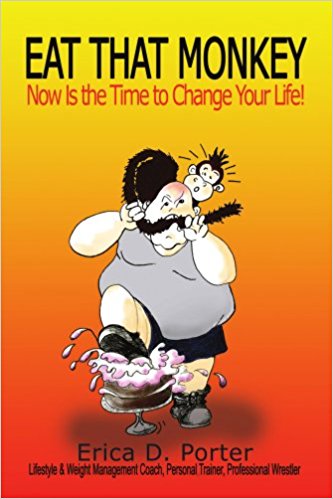 Instead of diving deeper into her bad habits, she developed a better understanding of why, and decided to change her life. It was through personal training that she began to shift her habits from bad to good.  This journey was the inspiration for her book, “Eat That Monkey: Now Is the Time to Change Your Life!” which she published in 2007.

“I came to realize that it is not about your body, it is all about your mind and who you are as a person.” Porter said about her journey to combat her inner demons. “I realized this simple truth through my own torturous experience, spending countless hours, days, weeks, months and years dissecting my own personal behavior to get to the root of my issues.”

The book delves into her own personal journey of overcoming her compulsive overeating and realizing that any behavior can be changed with a willingness to change it, but first you must understand the cause of the behavior. As Porter strived toward improving her life and becoming the healthiest version of herself, she discovered a life-changing workout in the form of a boot camp style class. When in her early 20s, she first experienced what she has now coined an endorphasm.

“At the end of the workout, I was like whatever I just experienced was something intense, gratifying and it was the first time in my life that I did not think about what my body looked like. Instead the voice inside my head was saying ‘I just did that!’ And in that very moment, I came up with the term endorphasm,” Porter said about the workout that became the inspiration behind the word which is attached her pride and joy.  Her gym in Chesterfield, Virginia.

In trying to describe the feeling she experienced during and after this workout, she realized the intense endorphin rush and overwhelming happiness in accomplishing every activity.  It was truly a life changing moment, shifting gears from no self-esteem and poor self-image to respecting her body and accepting what and who she saw in the mirror. 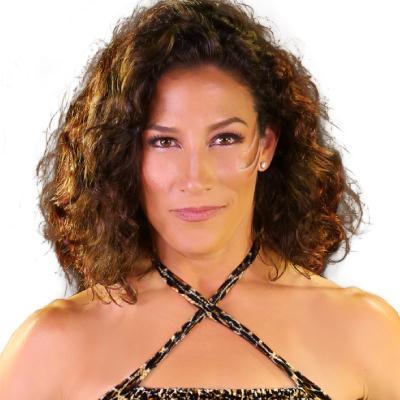 During this epiphany moment, Porter gained knowledge of an audition for a new superhero show. While living in California, she happened upon this information through friends and clients, and decided it was an opportunity she had to attempt.  When Porter arrived, she was immediately intimated by the other talent interested in this role. Just when she was about to walk away, a producer asked her to stay.  Although she will never know the reason why she was sought out, three weeks later she was offered a job as a professional wrestler in WOW, and the rest is history.

Porter began her role with WOW where she transforms into Jungle Grrrl, a character that embodies many of Porter’s real-life characteristics. She is no-nonsense but at the same time extremely caring, honest and empathic. These are the characteristics that Porter brings into her gym every day. While WOW is one of her many ventures, it is something she enjoys on the side. Her true passion is her gym and inspiring others to transform their bodies and minds through fitness.

Porter’s daily life revolves around her gym located in Virginia, where she now resides. She leads group fitness classes once or twice a day, all of which are inspired by her own experiences. She gets out of bed every morning, puts on her workout clothes and leads her clients through workouts with the hope to leave a positive impact on everyone there. She not only aspires to help change the lives of her clients, but she also routinely partners with community organizations to raise money and awareness for causes close to her heart.

Porter has overcome many obstacles to become a strong woman who inspires others on a daily basis. Her desire to continue to spread her positivity, paired with her compassion for those in the community earned Erica Porter the ECNL S’Hero of the Month recognition. Good luck to Porter as she continues her mission to use fitness as a vessel to enact positive change on others.

Thank you Erica Porter for being an Amazing Young Woman. Your path is unique and we thank you for sharing your story to inspire the next generation.

To learn more about Erica’s journey through life, in her own words, watch the video below.