RICHMOND, VA (June 13, 2017) – There are nearly 10,000 different soccer stories being told in the ECNL this year, reflective of nearly 10,000 different personal journeys in the game.  While more than 90% of them will ultimately include several chapters of college soccer, the path by which each player arrives will be different, reflecting their own unique desires, strengths, clubs, and families.  The variations in these stories reflects the diversity of the American athletic landscape, and shows that ultimately the most important detail in any player’s story is the strength of their commitment – whether they play one sport or many, start early or late, play in sun or snow, or have any of a thousand different feelings, desires, and experiences.

There is incredible variation in the paths taken between different players who all end up fulfilling their goals – whether the end point be in college athletics or beyond. Illustrating this incredible journey, the ECNL went “off the field” with Ravin Alexander, current Ohio Elite Soccer Academy ECNL U17 player; Morgan Miles, current Washington Premier ECNL U16 player, Jaelyn Gadson, current GSA ECNL U18/U19 player; and Lauren Bruns, current Richmond United ECNL U16 player, to look at their individual journeys. 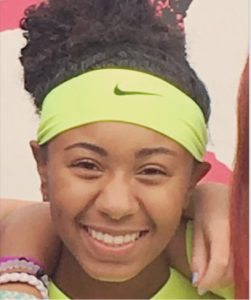 Ravin Alexander is a member of the Ohio Elite Soccer Academy ECNL U17 team, was a 2016 ECNL National Training Camp attendee, and is committed to play collegiate soccer at the University of Louisville in the fall of 2018.  While earning quite a bit of recognition within her community as a dominant athlete in soccer, basketball and track, she has also been called into several U.S. Youth National Team camps over the past year.

Alexander began playing soccer when she was just three years old, and not long after she also picked up a basketball for the first time. Alexander’s parents encouraged her to play multiple sports throughout her childhood and she has played soccer, basketball and run track for most of her sporting career.

“Participating in multiple sports benefits me in a lot of ways,” Alexander said. “I believe it has improved my coordination and I believe I have additional tools that crossover from sport to sport.”

Prior to committing to the Louisville Women’s Soccer Program, Alexander played Amateur Athletic Union (AAU) basketball.  While soccer eventually won her heart and she stepped away from AAU basketball, she continues to play basketball for her high school.

Alexander also flourished in high school soccer as a freshman and sophomore, and her team went undefeated and won the 2015 State Championship.  As a junior Alexander made the decision to not play high school soccer due to an injury she suffered over the summer. It was not an easy choice, but she wanted to completely heal and commit her time to Ohio Elite and club soccer. 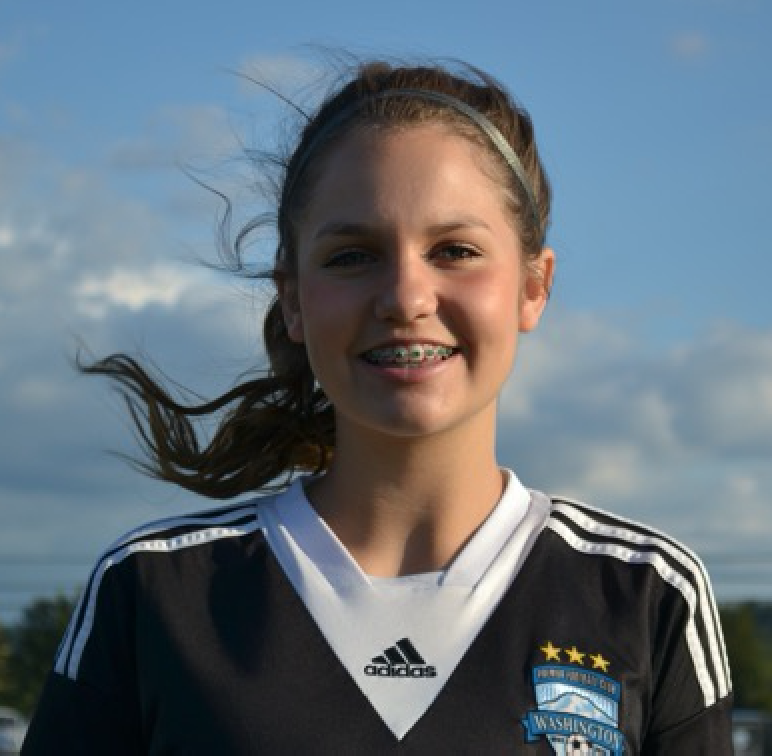 Morgan Miles is a member of the Washington Premier FC ECNL U16 team. She began playing soccer later than many, but has taken advantage of many different soccer opportunities over the past years through Olympic Development Program (ODP) camps, U.S. Youth National Team camps and even playing abroad.

Miles started her athletic path as a gymnast at the age of three, and soccer didn’t come into the picture until age nine when she tried out for Washington Premier.  Since then, she has never looked back, while still playing high school basketball, and even occasionally playing a little tennis for fun.

Miles views obstacles and challenges differently than most due to a serious injury her sister suffered in a gymnastics accident several years ago. The experience taught her to view life through a different lens after witnessing how quickly things can change.

“That accident really opened my eyes.  Bad things can and do happen and it is a constant reminder that one thing can change your life forever. I feel blessed to be able to play the sports that I love. I am thankful to have the freedom that I do, and I will not take that for granted. I want to make a difference and make a positive impact on others.”

She has taken this outlook with her, living it every day. When she was approached to play abroad, she jumped at the opportunity to learn from foreign coaches and embrace a new and different culture.

As Miles nears the end of conference play with her Washington Premier ECNL U16 team, she continues to weigh her options for college and looks forward to extending her playing career beyond the youth landscape.

Jaelyn Gadson is a member of the GSA ECNL U18/U19 team.  Her journey has been peppered with obstacles, but her perseverance has defied the odds.  Gadson has only been a part of the ECNL for two years, but not only did she make her dream of going to college a reality, she will be taking her soccer career to the next level as well when she heads to Auburn University this fall.

Gadson is from the small town of Bluffton, South Carolina.  At age five she fell in love with the game, and spent her youth playing recreational soccer until eighth grade.  At that time, Gadson began playing club soccer for Savannah United, while also running track for Fast Lane, a club team out of Hilton Head. She came within .01 seconds of going to Nationals for the 100-meter dash, but she looked at soccer differently; there was something about the game that drove her to raise her bar on a daily basis.

After her sophomore year, at the age of 15, Gadson hung up her track cleats for good and soccer became her main focus. Spotted by GSA, an ECNL opportunity became available, and Gadson began playing for GSA as a discovery player.  After getting a taste of the elite level atmosphere, Gadson made the choice to commit to GSA full time at the beginning of her junior year.

“I remember my first ECNL National Event in Sanford, Florida.  It was 2015, and just two weeks after competing in the event, I started receiving emails from various college coaches expressing interest in me,” Gadson said. “I remember being honored and shocked at the same time … it was surreal.”

Interest from schools across the SEC and beyond started coming her way, making the college dream more palpable. It was during the 2016 ECNL Texas National Event in Houston that her path to Auburn University began when the head coach saw her play. By the end of her junior year, she was committed. 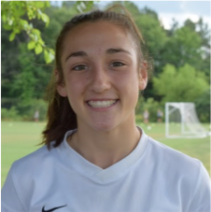 Lauren Bruns plays on the Richmond United ECNL U16 team, her high school Douglas Freeman, and recently attended the ECNL Southeast Player Development Program (PDP). Bruns is committed to play collegiate soccer at Clemson University in the fall of 2019.

Although she briefly tried several other sports when she was young, Bruns chose to be a single-sport athlete early on. Between ECNL, high school soccer, futsal, and various identification programs, Bruns has a full schedule of soccer throughout the year.

“Each team I play on brings something different to the table. The ECNL is extremely competitive and gives me the opportunity to play teams and players from all over the country. The competitiveness and dedication it takes to play in the ECNL makes it impossible not to better yourself as a player. High school soccer gives me the opportunity to play with a little more freedom and a chance to be creative as well as a different competitive environment. While futsal provides the chance to work on my technical ability.”

Bruns committed to play collegiate soccer as a high school sophomore.  Although she won’t be stepping onto the Clemson campus for over two years, she believes she has found everything she has dreamed of for the next chapter of her soccer and academic career. Now that her sophomore high school soccer season is over, where she scored 37 goals, she is now solely focused on the ECNL Playoffs, after tallying 22 goals and 7 assists in 25 ECNL games this season.

Each of these Amazing Young Women has forged their own unique path in the game, but their destination and goal is the same – to continue their soccer careers at the collegiate level. Each player has been able to explore different experiences throughout their youth soccer years, whether that be playing high school sports, playing multiple sports or participating in a variety of different soccer opportunities.

The stories of Alexander, Miles, Gadson and Bruns are just three examples of thousands. We wish Ravin Alexander, Morgan Miles, Jaelyn Gadson, Lauren Bruns, and the thousands of other ECNL players the very best as they embark on their journey, and look forward to following these future ECNL Alums along the way.