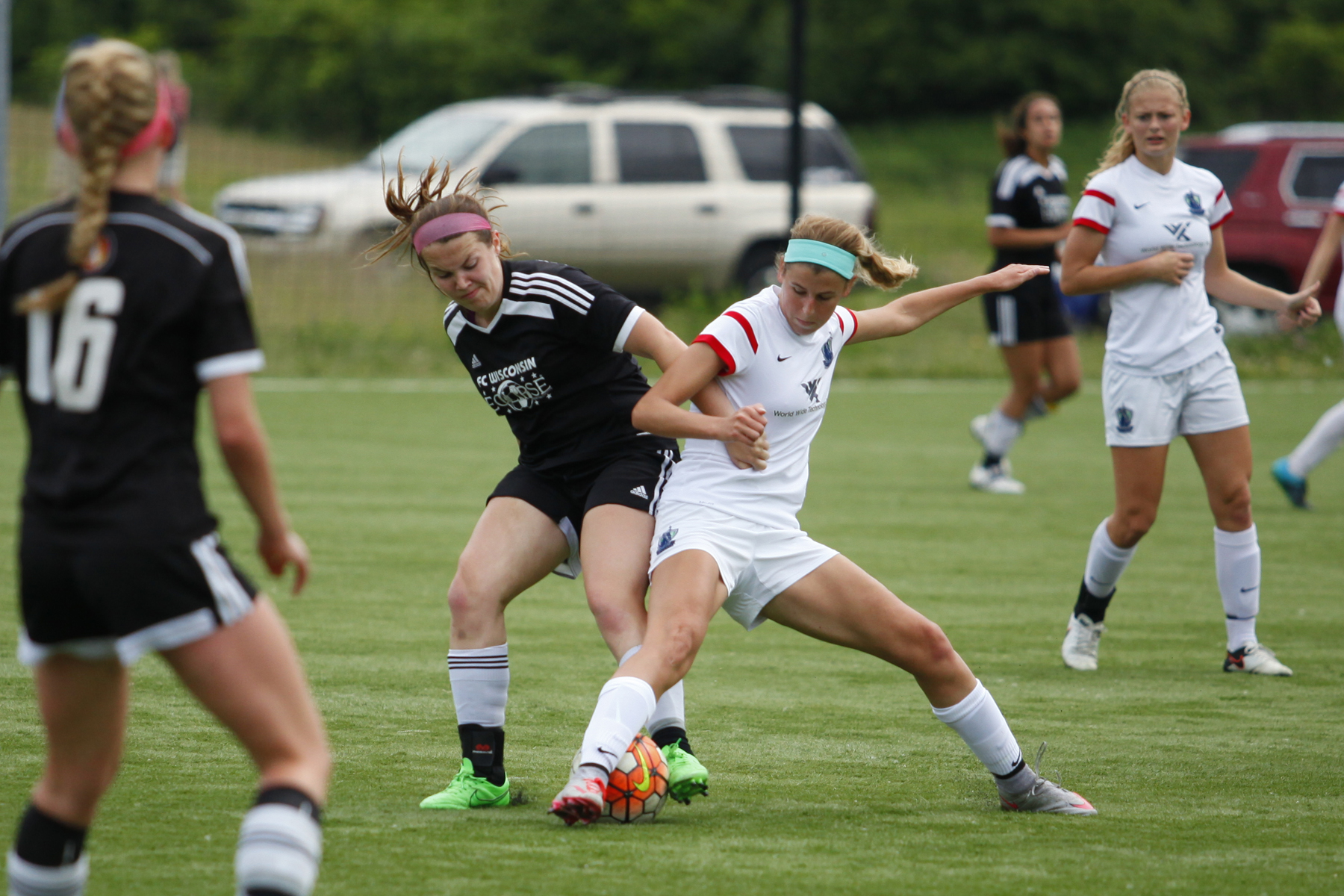 RICHMOND, VA (May 9, 2017) – The ECNL and the Amazing Young Women movement is dedicated to showcasing females that have helped shape the league into the top female youth soccer development platform in the world. As part of the movement, the ECNL is encouraging amazing young women to share their stories. We are excited to announce Ali Menard as the ECNL Amazing Young Woman Spotlight of the Week. Menard is currently a member of the FC Wisconsin Eclipse ECNL U18/19 team and is committed to play at Davidson College after she graduates in 2018. In July of 2016, she traveled to Nicaragua with Soccer Without Borders.

Menard fell in love with the beautiful game after watching her three older brothers play and joined them on the pitch when she was just four years old. She played soccer with the boys until she joined FC Wisconsin Eclipse in her early high school years. Being a part of the ECNL has been an inspiring experience for Menard.  The environment makes her feel like she is a part of something so much more than just a soccer league. The passion and love for the game she sees in the amazing young women in the league fuels the fire inside her to not only spread the love for the game of soccer, but work to empower young women through soccer and other sports.

She is extremely involved in school activities and community service, in fact she was just awarded the “Self Above Service” Award by her local Rotary Club. Her activities include being on the Executive Board for Student Council, Bay Gives Back, Business Club, mentoring, the Best Buddies program and Girls on the Run. It was while volunteering with Girls on the Run, a program at inner city schools that empowers young women through sport, that a teacher informed her of Soccer Without Borders. 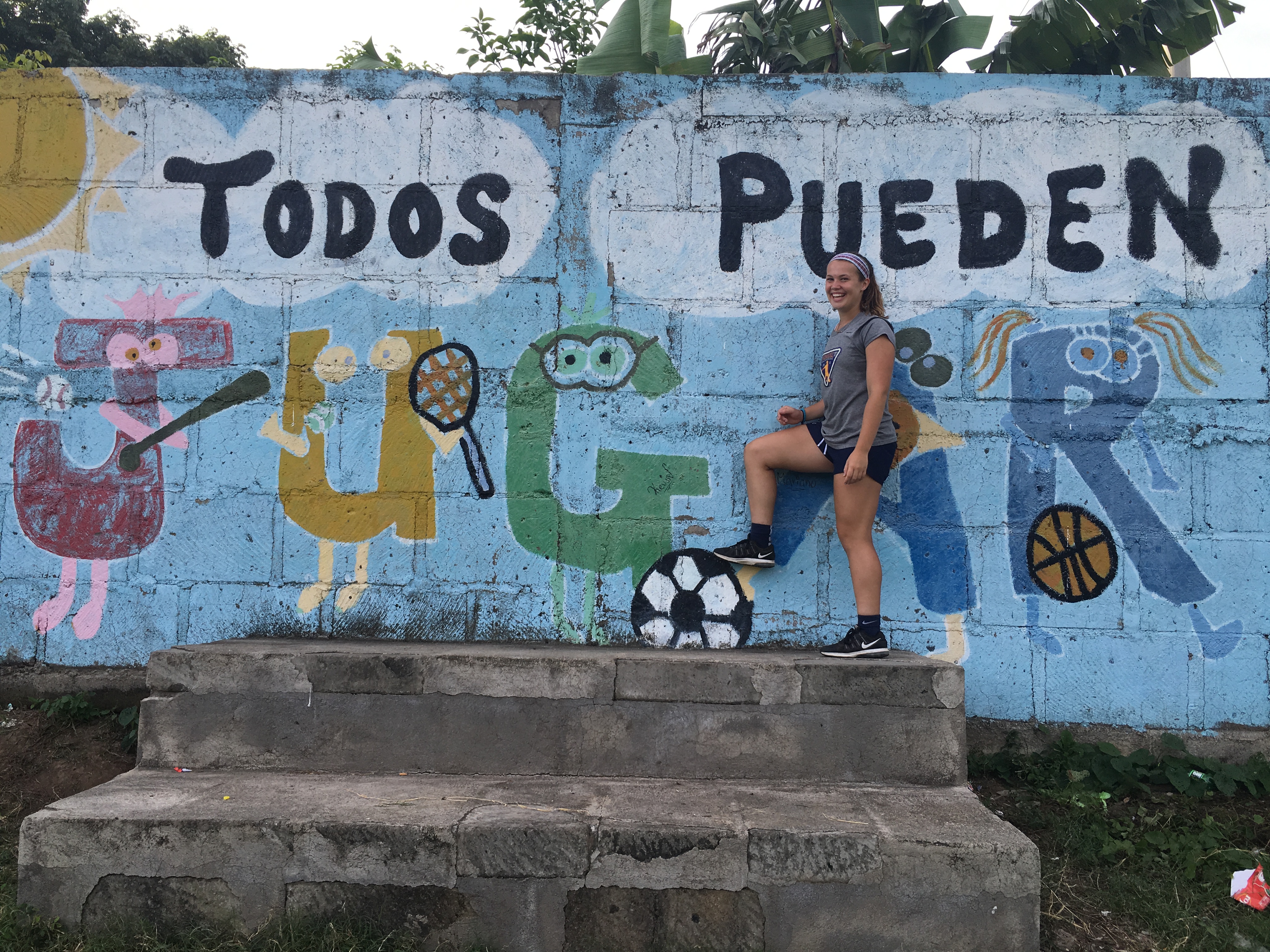 Although she was initially interested, she did not give it much thought until she was at a Dartmouth recruiting camp and a Soccer Without Borders representative gave a presentation about the program. Menard signed up immediately. There were three driving forces that made this program a perfect fit for her: her passion for soccer, her love to travel and the chance to use Spanish, which she hopes to earn a minor in at the collegiate level.

She was truly inspired by the kids she interacted with in Nicaragua, during her two-week visit. One girl she met had participated the year before, and now she practices every day and continues to teach others when Soccer Without Border staff are not in the area. These are the stories that drive Menard to give back. She keeps in touch with some of the young women and they send her videos of them practicing their skills.

Menard wanted to return to Nicaragua with Soccer Without Borders this summer, but instead she will be traveling to San Francisco to work with the homeless. Her goal is to do more service work, specifically empowering young people through sport, and hopes that this will be a part of her mission in life.

To read more about Menard’s experience with Soccer Without Borders in Nicaragua last summer, her personal reflection is below.

In July of 2016, I had the opportunity to travel to Nicaragua as a volunteer for Soccer Without Borders. I landed in Granada with two huge duffel bags filled with generous donations from FC Wisconsin Eclipse families including: cleats, running shoes, soccer balls, pennies, warm ups, and clothing. We, as volunteers, were greeted with open arms by the program leaders who lived in Nicaragua. After a two-hour drive, we arrived in Managua where we stayed for the next 10 days.

The first Nicaraguan people I met were the members of my host family who lived side by side in a home with another family. Although their home was simple and basic by American standards, they did have running water and Wi-Fi, both of which are uncommon in most Nicaraguan homes. My host family spoke no English, however through their warmth, smiles, hand signs, and Google Translate we were able to communicate with one another.

The best part of my trip was my interaction with the Nicaraguan children. I taught girls, ages 4-16, how to play soccer as a means of empowering them through building confidence, goal setting, skill development, and friendly competition. Most of the girls had never had the opportunity to play a sport because girls in Nicaragua are considered second class citizens. As I coached, ran drills, played games, and built friendships with these girls, it was particularly satisfying to see the smiles on their faces as they learned to play a game that I had loved my whole life. In addition to soccer, I also worked with the girls in their schools, leading team building activities that taught them lessons that would be helpful in their lives beyond the soccer field.

Although my purpose in going to Nicaragua was to help instill the values and confidence that I take for granted as a teenage female soccer player in America, I believe that when I left Nicaragua I had gained far more than I had given. When I saw my Nicaraguan host-brother playing soccer joyfully every night for hours with a flat basketball instead of a soccer ball, I learned that passion does not come from all the things we have or acquiring the perfect equipment, but rather, from the heart. When I saw the Nicaraguan children, who have very little, by way of possessions or education, laughing, smiling and hugging each other, I realized that happiness does not stem from our accomplishments, but rather from our interactions as human beings. And finally, by living with a family, who despite the sparse conditions, had created a warm, loving, inviting home, I realized that it truly is the people inside that make a home, not the number of bedrooms, televisions or computers.

In my own life, soccer has given me so much joy and has taught me a multitude of life lessons. As such, it was a blessing to have the opportunity to bring the beautiful game into the lives of young Nicaraguan girls.  I was only there for a short time, but my hope is that my impact will be felt for years to come.

We wish Ali Menard the best of luck in her future endeavors and service in the community. Thank you for being an Amazing Young Woman and making an impact on countless lives around the world.