RICHMOND, VA (April 4, 2017) – The ECNL and the Amazing Young Women movement is dedicated to showcasing females that have helped shape the league into the top female youth soccer development platform in the world. The #UNSHAKABLE campaign celebrates the drive, passion, independence and strength of the ECNL athlete. #UNSHAKABLE highlights the challenges, motivations, and choices that players face through their soccer journey, sharing moments of triumph and success to motivate today’s ECNL player.

We are excited to announce Shannon Rhodes as our final ECNL #UNSHAKABLE Spotlight. Rhodes is currently a software engineer for ESPN on the ESPN campus in Bristol, Connecticut. She is a Match Fit Academy ECNL Alum and played collegiate soccer at Villanova for two years. She is also a 2017 H.E.R. Coaching Scholarship recipient. Although she has encountered some bumps throughout her journey, she is working at the headquarters of the number one sports media brand in the world and is planning on jumping back into soccer with two feet, this time on the other side of the pitch.

Rhodes was born in Manhattan, New York but spent most of her childhood in Brooklyn. She began soccer and gymnastics at the age of four, and she has lived and breathed sports since then. She described herself as an “outside kid” who always had a ball at her feet or in her hand. She tried almost every sport as a child, but soccer was the constant throughout her life. She stopped gymnastics once she was told she could not compete in the boys’ events, moving on to baseball when she relocated to Brooklyn, and eventually taking up basketball and softball as well. 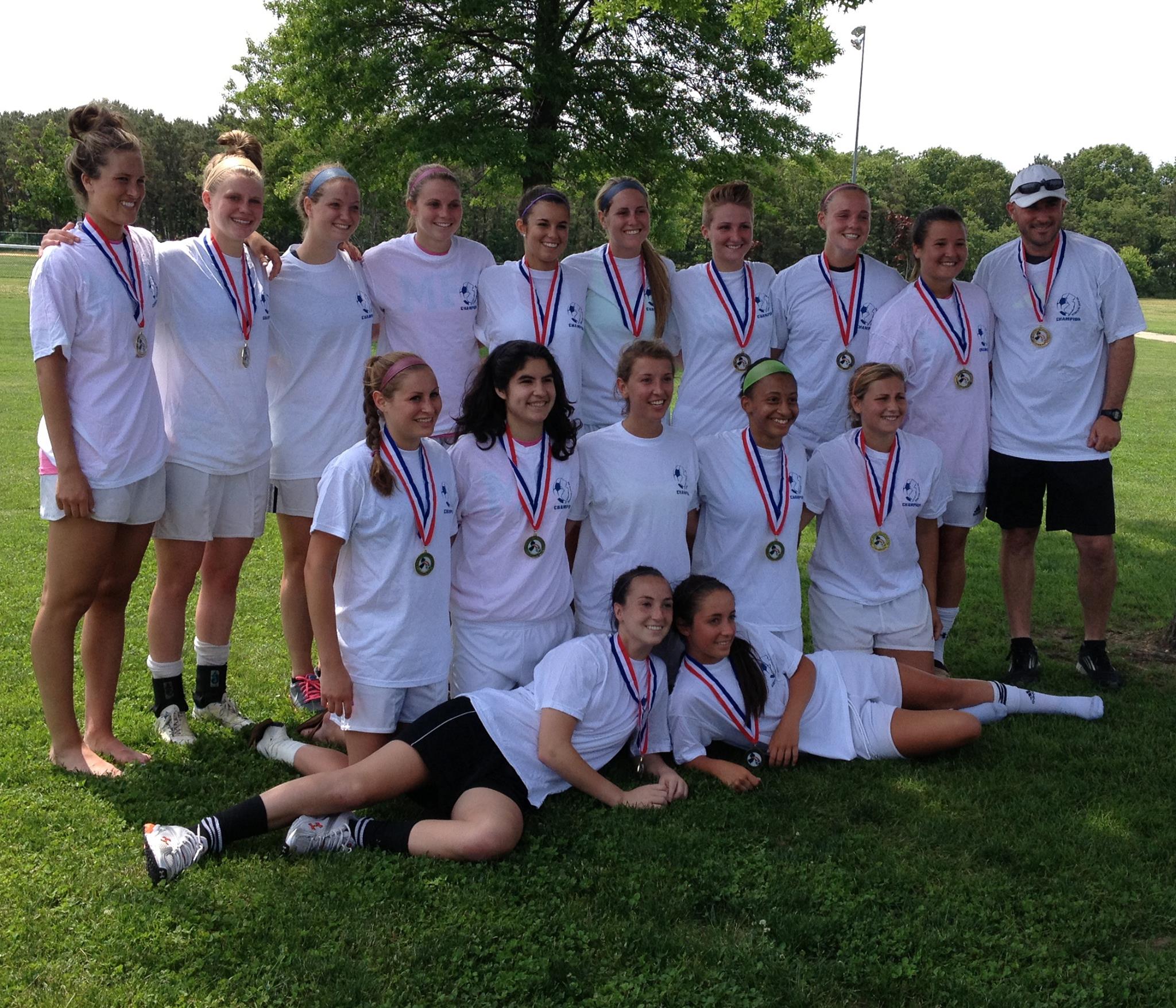 She enjoyed playing a variety of sports, taking full advantage of high school athletics prior to entering ninth grade. Rhodes played varsity soccer and basketball as an eighth grader and became a four-sport athlete in high school, playing soccer, basketball, softball as well as track and field. She set a school record with 17 varsity letters, quite an accomplishment. In addition to her high school activities, she played club soccer with the Manhattan Kickers and club softball for Sudden Impact Elite. Being a multi-sport athlete was extremely enjoyable, but she reached a point where a decision to focus on one needed to be made if she wanted to take it to the next level. In her junior year, she made the toughest decision yet.  She chose to leave the team she had played on her entire youth soccer career.

Rhodes wanted to play in the most competitive environment available, setting her sights on playing at the collegiate level. So she made a commitment to travel an hour and a half each way to play for Match Fit Academy, a club based in New Jersey. Once she began playing for Match Fit, she flourished and was exposed to a higher level of competition, eventually earning a spot on the Villanova Women’s Soccer team. In fact, her entire Match Fit team went on to play college soccer. 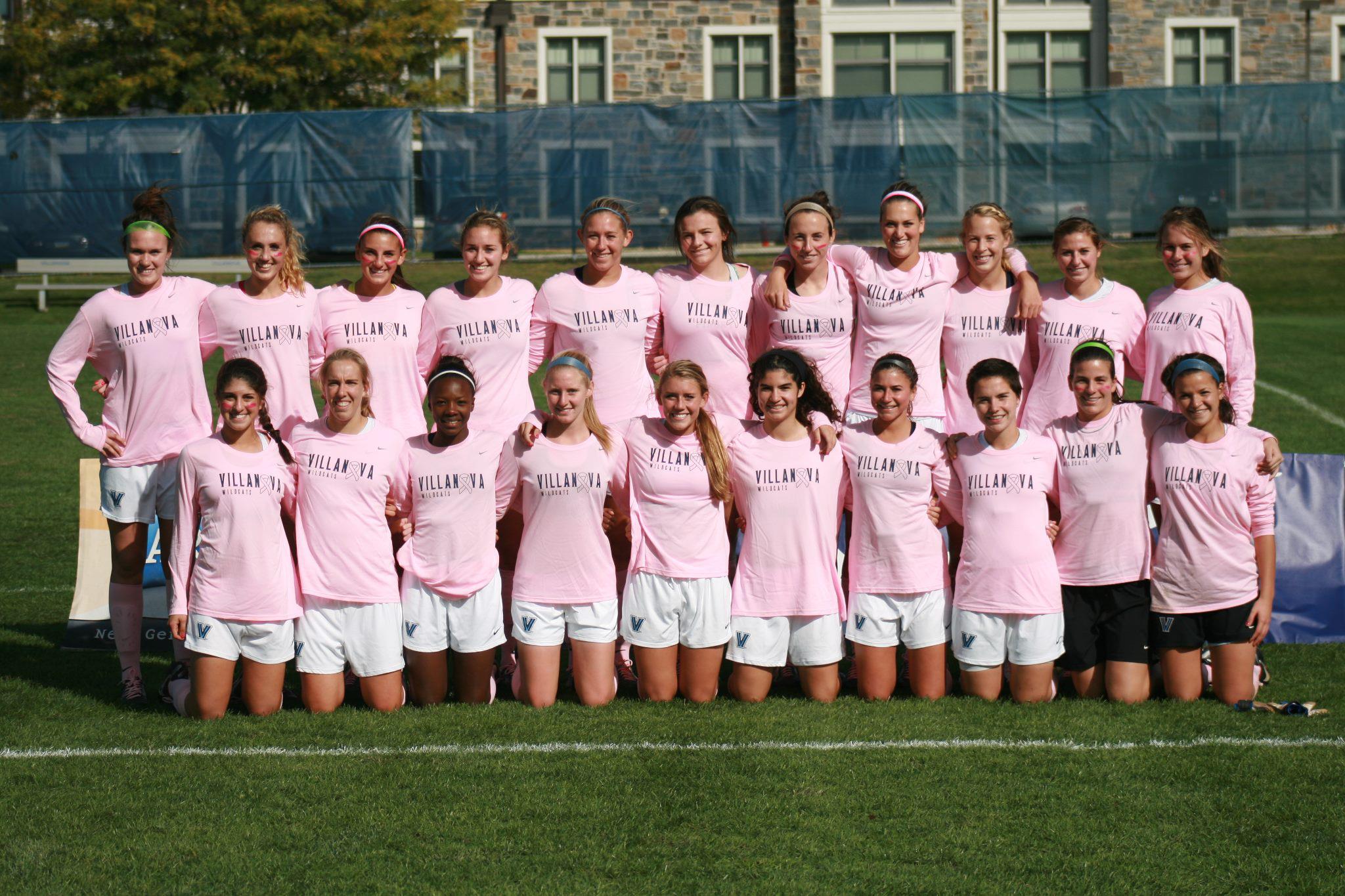 The difficult travel schedule Rhodes endured while playing for Match Fit prepared her mentally for the pressure awaiting her on the college scene. She found the transition to college soccer much easier after playing in such a structured club environment, not just on the competitive side but also in balancing classes and soccer commitments. Unfortunately, after two seasons at Villanova, she was dealt a devastating blow. Her mother was diagnosed with an aggressive form of cancer.

Although Rhodes was extremely passionate about soccer, she had to make the best decision for her family and that was to step away from soccer to focus her efforts on academics and caring for her mother. As a computer engineering major, her schedule was incredibly demanding. In addition to her academics, it was a two hour drive to her mother in Brooklyn, so there was no room for soccer. She continued to thrive academically through the adversity, securing internships close to home over the summer so she could be closer to her family.

Rhodes had a wide range of job experience throughout her college career, soaking up skills from various industries.  During her sophomore summer, she interned with AOL in New York City working with their internal systems, specializing on the AOL specific social media site offered to AOL employees. The next summer, she interned with Fidelity Investments in New York City working on stock information, gaining knowledge in the financial sector. Rhodes was extremely active in the Villanova Society of Women Engineers, which she eventually became president of her final year. After dedicating her efforts to academics, she was rewarded in the fall of her senior year while attending the Tech Hopper Conference. Through networking and her experience, she quickly caught the eye of ESPN.  Extensive recruiting conversations began with ESPN, for her to join the ESPN  team after graduation in May of 2016.

By Thanksgiving of her senior year, she had a secured a position as a software engineer for sports media powerhouse, ESPN. It was a dream come true for Rhodes, as she had always dreamed of working in sports. Now she had an opportunity to combine her passion for sports with her knowledge of computer engineering. Rhodes was also thankful that she would be close to her mother, only a two-hour drive from her childhood home in Brooklyn.

At ESPN, Rhodes works specifically on consumer products for ESPN’s digital properties programing websites and mobile applications such as ESPN.com and the ESPN app. On a typical day in the office, she is building new features and fixing consumer or editorial issues. For example, during March Madness she played an integral part of ESPN’s Selection Sunday; she was in charge of entering all of the seeds into the digital properties. She also built the statistical analysis page and the Basketball Power Index (BPI) page that measures the best teams in college basketball.

As a sports junkie, Rhodes enjoys being around her co-workers who have the same interests as her, but being a woman in this environment is not the easiest. She believes her background as a competitive athlete gives her the confidence to hold her ground in the male dominated industry, stifling any doubts of her knowledge of the sports world. There are several skills learned when growing up as an athlete, and transitioning into the business world.  Mental toughness and competitive edge are two that offer a huge advantage to former athletes, should they apply it to other aspects of life.

Although ESPN provides Rhodes with the content to build into websites, she enjoys taking initiative and voicing her opinion on what she thinks will make ESPN a better platform. She is pushing for more soccer on ESPN, especially in their digital content, and recently met with the ESPNFC stats and info staff to help improve player bios and game package pages. Some of her ideas will be implemented online in the near future.

To offset the pressurized atmosphere of ESPN, there are quite a few perks, especially when working at the ESPN Headquarters Office.  Televisions are tuned into any and all sporting events worldwide all day long, keeping staff in the know at all times.  When a big story breaks it is the talk of the office and daily themes shift to ensure the ESPN customer is receiving up to date and accurate sports information.  In addition, athletes frequent the campus for meetings, tours and shows; viewed as a reward to some as the efforts put into making the network so great can be worth every penny of a simple handshake with a professional athlete.  Staff members also have the opportunity to attend free movie screenings for Disney, since they are their parent company.  Everything comes full circle in the entertainment business, and it is nice to see that the benefits far outweigh the sacrifices.

While she enjoys her job at ESPN, she has always wanted to explore the coaching world. Now that she is settling into her new career and city, she hopes to start coaching in her spare time.  This motivated Rhodes to apply for the ECNL H.E.R. Coaching Scholarship. She plans to take a coaching education course later this spring to obtain her USSF “E” License and start her journey into the coaching side of soccer.

“On the soccer field is where I feel most at home. As a child, soccer made me the person I am, and my coaches had a large influence. I want to have the same impact on others and pay it forward,” Rhodes said about her choice to begin a coaching career.

She can picture herself transitioning to coaching full-time in the future, but for now she wants to continue to learn as much as she can at ESPN while she begins her coaching education. Rhodes aspires to be a Division I college coach someday who recruits players that love the game and have a thirst to improve. While these are future goals, she is looking forward to starting the process and taking it step by step to ensure she can be the most impactful coach she can to the next generation of players.

We wish Shannon the best of luck in her future endeavors, as she continues to make her mark with ESPN and begins her road towards coaching the beautiful game. Thank you for being #UNSHAKABLE and sharing your story of perseverance with all Amazing Young Women.