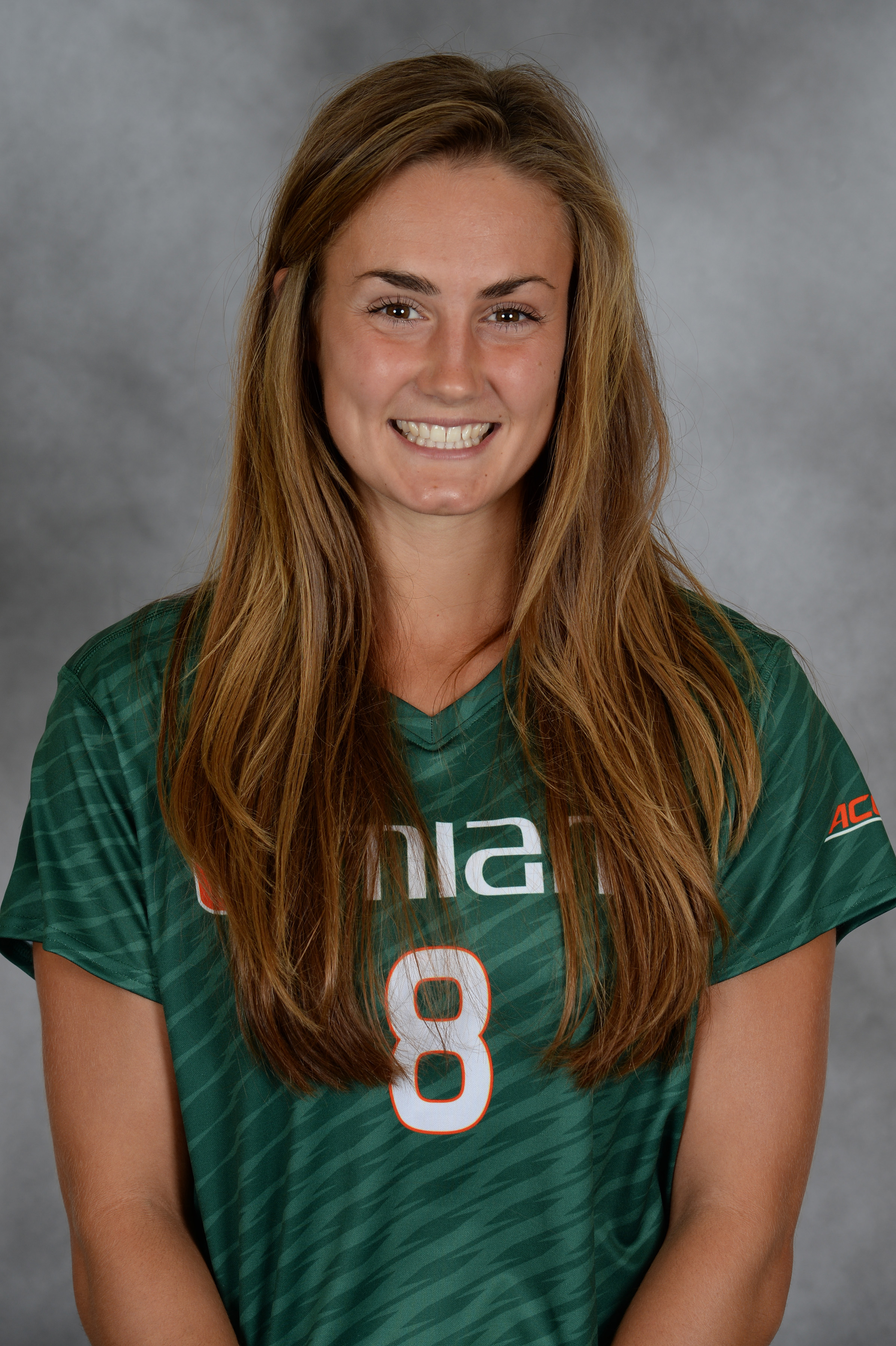 RICHMOND, VA (March 21, 2017) – The ECNL and the Amazing Young Women movement is dedicated to showcasing females that have helped shape the league into the top female youth soccer development platform in the world.  The #UNSHAKABLE campaign celebrates the drive, passion, independence and strength of the ECNL athlete. #UNSHAKABLE highlights the challenges, motivations, and choices that players face through their soccer journey, sharing moments of triumph and success to motivate today’s ECNL player.

We are excited to announce Shannon McCarthy as our second ECNL #UNSHAKABLE Spotlight. McCarthy recently took a leap of faith and moved to Takahashi City, Japan to play professionally for FC Kibi International University Charme (FC Charme) in the Nadeshinko League. She was a five-year letter winner at the University of Miami and Michigan Hawks ECNL Alum who found extreme success on the field.  Her path was not an easy one, and almost cut short by serious health issues while in college.

A native of Brighton, Michigan, McCarthy began playing soccer in pre-school at the age of four. While growing up, she played competitive soccer for the Michigan Hawks starting at U11, also playing basketball.  She continued as a dual-sport athlete until high school, where she played at the varsity level for two years. McCarthy firmly believes that playing both sports made her a better all-around athlete, weaving skill sets from one sport into the other. While she enjoyed playing basketball, she knew she had a bigger and brighter future in soccer and set her long-term goal on playing professionally after college. 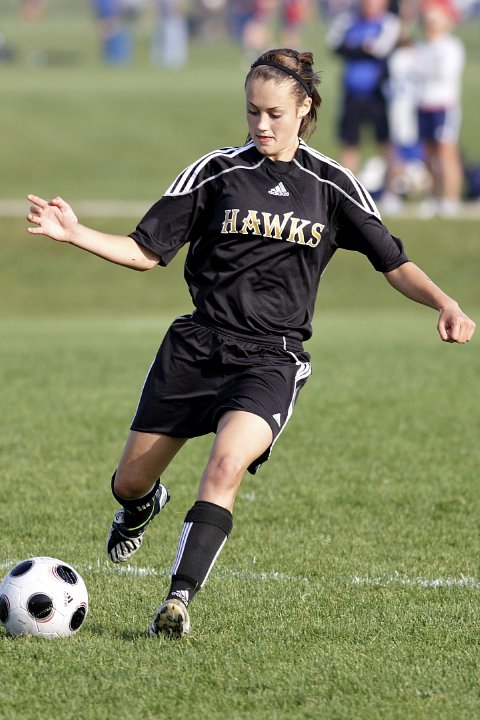 McCarthy started working towards her dream of playing professionally at the Michigan Hawks, playing for a very successful team that made an ECNL National Championship appearance in 2012. She helped lead the team to a third-place finish in the ECNL Midwest Conference, also winning three state championships in 2008, 2010 and 2011, before making it to the 2012 ECNL National Championship finishing second overall for their age group. McCarthy credits the ECNL for developing her into not only a better player, but most importantly building lifelong relationships with her teammates, many of whom she got to play against at the collegiate level. 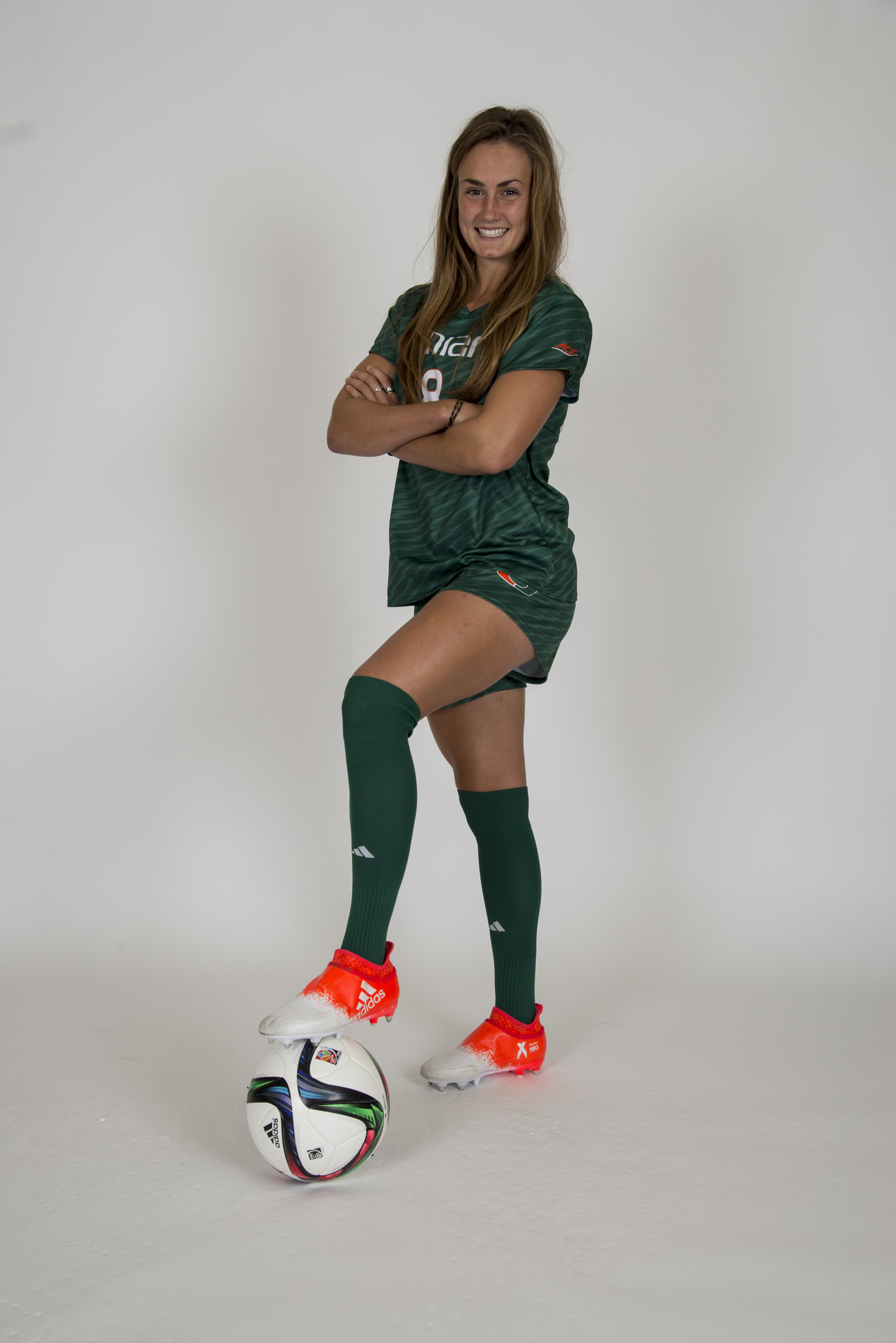 McCarthy graduated high school early to get a jump-start on acclimating to the college game and life at the University of Miami. It was that spring, just as she was getting her feet settled on campus, that she began experiencing constant tingling in her left arm, frequently turning blue. She was diagnosed with Thoracic Outlet Syndrome (TOS) which means her first rib and the muscle that’s attached to it were compressing a nerve, artery and vein going into her left arm. Her main vein in the arm had clotted to protect itself from rupturing.

Following surgery, McCarthy had immediate relief and was able to return to the pitch symptom free. In her freshman campaign, she appeared in 16 of 20 matches, gaining playing time as the season progressed. The spring of her freshman year, she suffered a setback when she awoke to her left arm being blue once more. She had suffered a relapse in her condition and her vein had clotted, breaking off in her arm. She was immediately sent to the hospital where she was put on blood thinners, able to resume normal activity and soccer shortly thereafter.

Her medical setback had not phased her life on the pitch. When her sophomore year began, she earned a starting spot early on. But another obstacle was about to make a debut.  Just five games into the season, McCarthy suffered a second relapse with a vein clotting once more, sending her back to the hospital. This relapse led to a more extreme course of action, involving six months of blood thinners.  With the extensive treatment, this led to receiving a medical redshirt for her sophomore season. She was then tested for a clotting disorder, with a positive result most likely forcing her to end her soccer career. The test was indeed positive, but her doctors were able to put together a program where she could continue to safely play. McCarthy refers to this team of doctors as her personal army of angels.

Although she could not play contact soccer for 6 months, she remained involved with the beautiful game on a daily basis.  She focused on her fitness, making her health a top priority, while working her way into any and every non-contact drill she could. It was during her redshirt year where she grew the most; becoming a true leader to her teammates, growing her relationship with God, and never losing faith in her dream to play at the professional level.

After reaching a personal best on one of the grueling fitness tests, while on blood thinners and in an extremely restrictive arm brace, McCarthy realized that she could set her sights on anything.  If she could put in the extra work, reaching new heights physically, without the possibility of playing the game that helped shape who she was; then she could take it to the next level and get back on the pitch.  She became a student of the game, studying the leadership of those around her and soaking up all that she could. The next season she was cleared to return to the pitch, earning the role of captain at 19 years of age continuing this role throughout the remainder of her career at Miami. 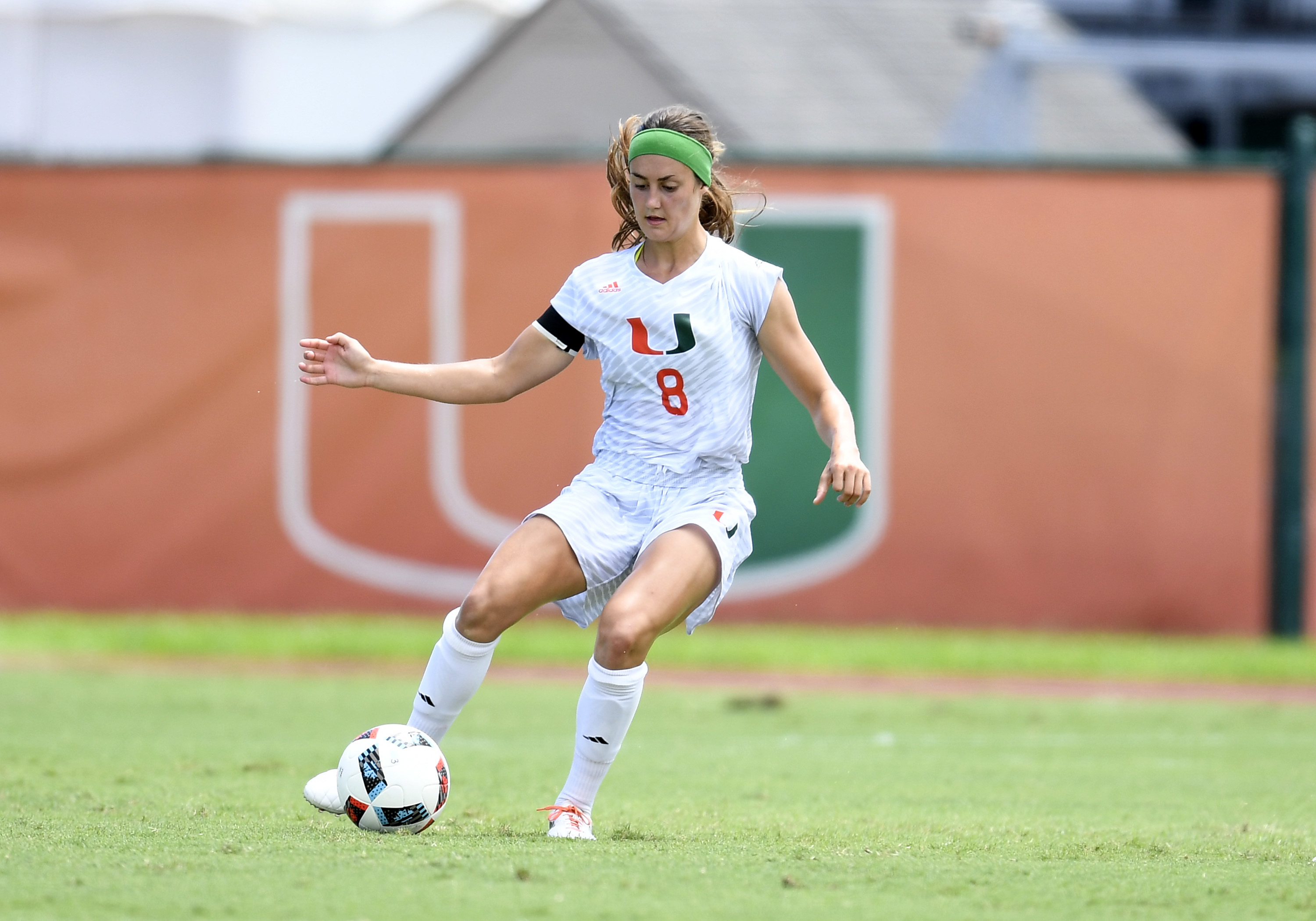 In her final three seasons, McCarthy started 53 of 54 games, playing 3,346 minutes in her final two seasons, having played nearly every minute of every game.  In one game she sat for 16 minutes, marking the only rest incurred during this period.  She helped lead Miami to one of the best seasons in program history with a 10-8-1 record after being selected to finish last in the conference. Slotted as the seventh seed in the ACC Tournament, the Hurricanes earned a spot in the championship game, in true underdog fashion. Although, they made an incredible run, they fell short in the ACC Championship game therefore ending McCarthy’s collegiate career.

It was during her final collegiate season that McCarthy began to work on a highlight video to send out to coaches at the next level. The footage landed in the hands of an agent that had connections with professional teams in the Nadeshinko League in Japan. 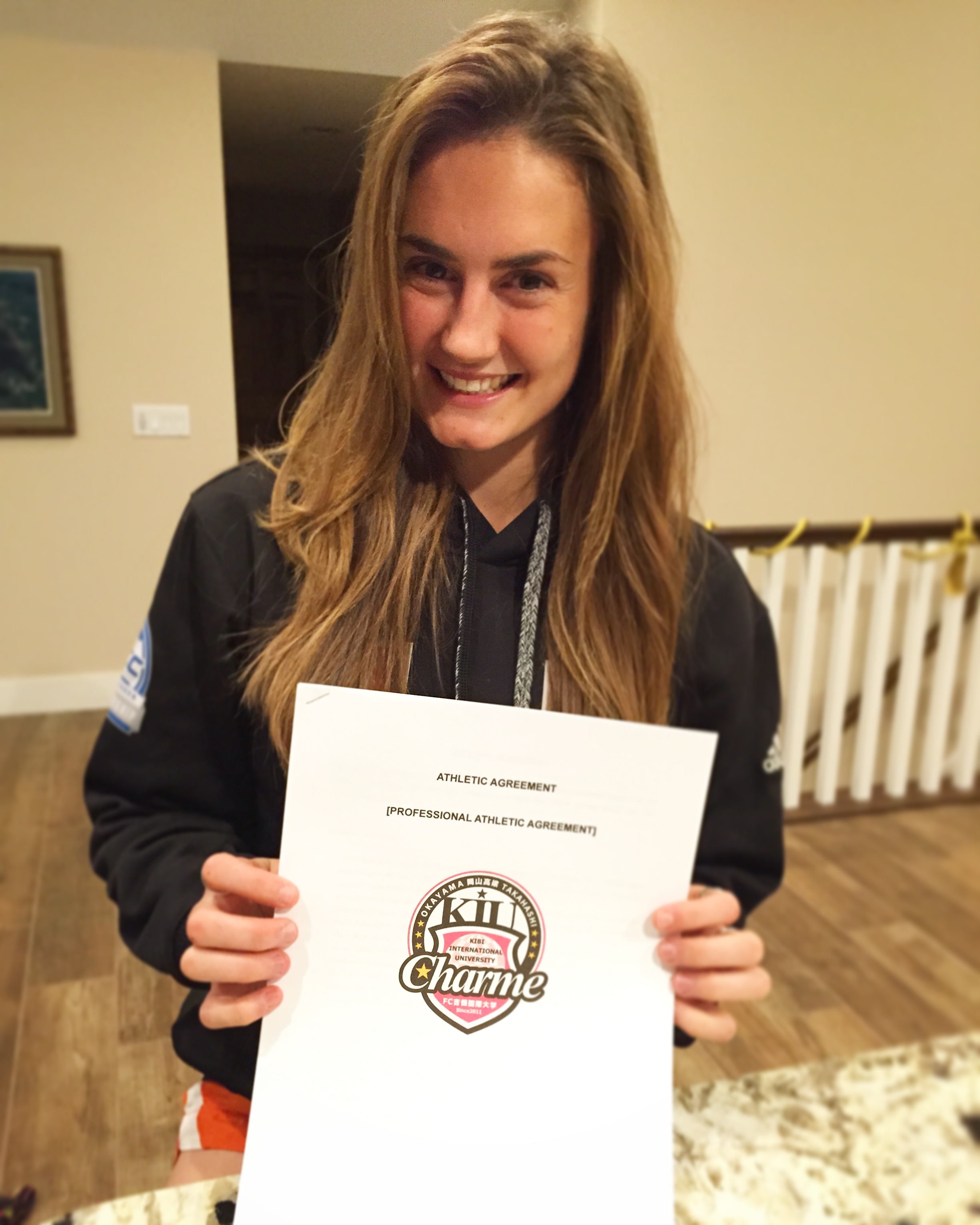 Although McCarthy had never considered playing in Japan specifically, her plan all along was to play overseas. She took a leap of faith and signed the deal with FC Charme. After graduating this past December with a Masters of Science in Sport Administration, McCarthy journeyed to the other side of the world.

The season officially begins next week, on March 26th.  McCarthy and her team have had an intense schedule leading into their home opener, consisting of a 9-day preseason camp in southern Japan and several scrimmages against rival teams within the league.  While in the tropical surroundings of the south, the daily preseason schedule included two training sessions and team meals. Any down time McCarthy had was spent learning the best ways to take care of her body, since this is her livelihood and new life journey. 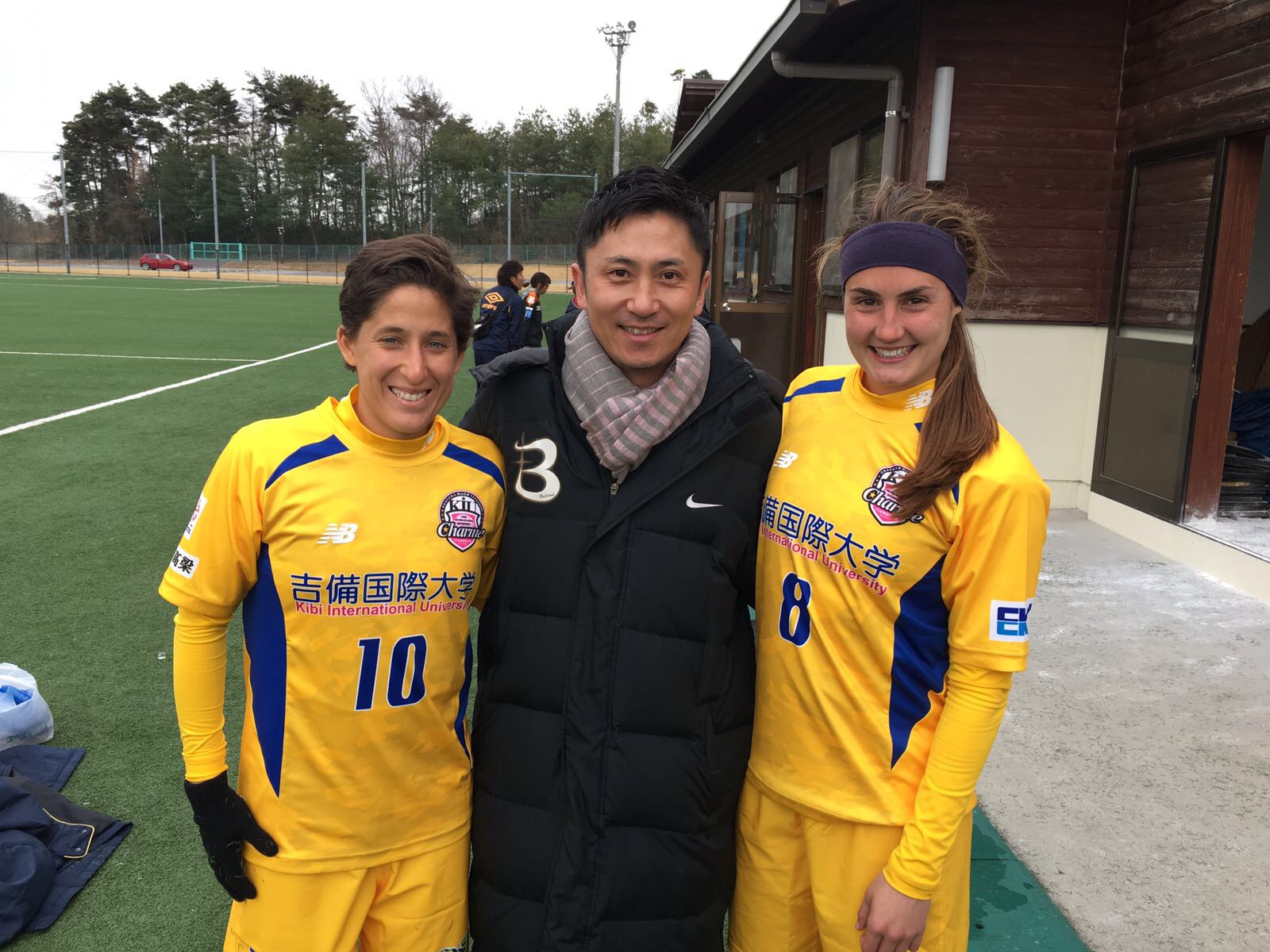 McCarthy has enjoyed exploring her new city in her spare time, and is slowly beginning to pick up the language. Even small trips to the grocery store are now an exciting adventure for her! McCarthy believes that God has sent her to where she is supposed to be in this exact moment, as she is living her dream. Not only is she playing professionally, but she is immersed in a new culture and has the chance to explore a different part of the world and grow as a player and human being.

When she completes her professional career, McCarthy hopes to make the transition to coaching soccer at the collegiate level.  She still has some miles to burn in her boots, but the calling to share her experiences with others is the next dream she has set. McCarthy is extremely passionate about the sport that molded her into the woman she is today, and she wants to give back and make a positive impact on others by using the beautiful game.

We wish Shannon McCarthy the best of luck in her future endeavors on and off the soccer pitch. Thank you for being #UNSHAKABLE, sharing your story of perseverance with both present day and future Amazing Young Women.

ECNL: The Proven Pathway to College