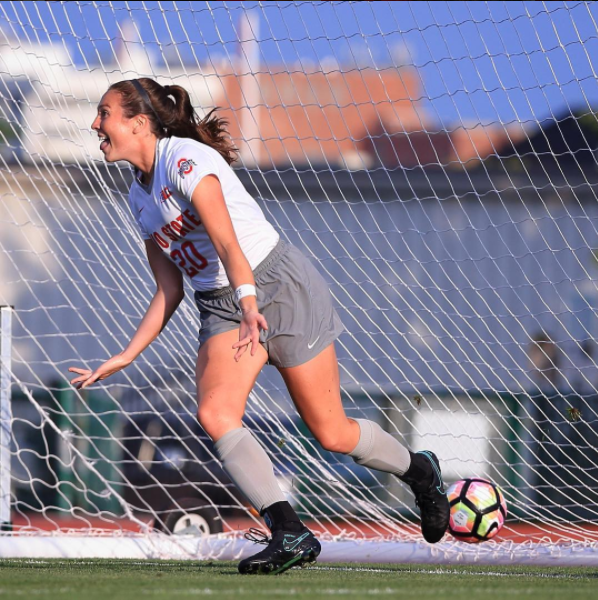 RICHMOND, VA (March 7, 2017) – The ECNL and the Amazing Young Women movement is dedicated to showcasing females that have helped shape the league into the top female youth soccer development platform in the world. The #UNSHAKABLE campaign celebrates the drive, passion, independence and strength of the ECNL athlete. #UNSHAKABLE highlights the challenges, motivations, and choices that players face through their soccer journey, sharing moments of triumph and success to motivate today’s ECNL player.

We are excited to announce Lindsey Agnew as the first of several ECNL #UNSHAKABLE Spotlights. Agnew was drafted in the 2017 National Women’s Soccer League (NWSL) Draft as the 19th overall pick to the Washington Spirit.  Currently she is in Portugal with the Canadian Women’s National Team participating in the Algarve Cup, marking her first tournament with the senior team. She was a 4-year letter winner for The Ohio State University Buckeyes, and an Ohio Premier ECNL Alum.

If Agnew declared that she would one day play professional soccer, and alongside Christine Sinclair on the Canadian Women’s National Team, many would have brushed it off as a fairytale dream.

Born in Canada, Agnew and her family moved to the United States when she was 7 years old, following her dad’s career as a hockey coach. She began playing for Ohio Premier, earning a spot on the second team in her age group.  Although she loved her teammates she knew she wanted to play at the highest level, so she continued to put in the extra work. Agnew broke onto the first team in her U15 season and was placed on the ECNL team.

Her determination and drive, even at that age, was hard to ignore. Agnew spent countless hours in her backyard practicing on her rebounder daily, even dragging her dad outside to shoot on. She had set a goal to play in the ECNL, and now that she had accomplished that goal, it was time to set her sights on something new. Agnew focused her efforts on playing college soccer with the dream of one day playing professionally and representing her country.  It was a tall order, but she was never one to back down from a challenge. 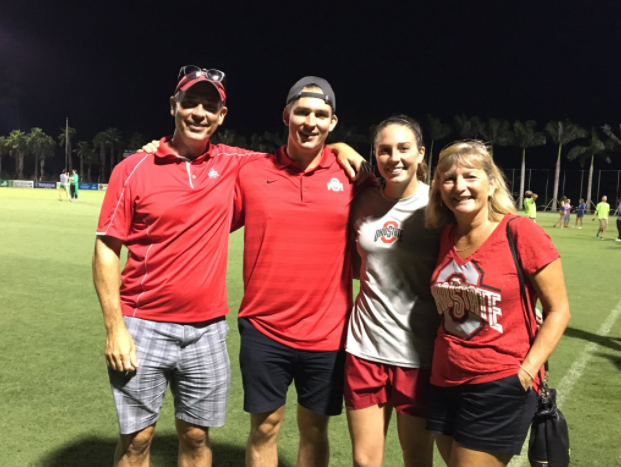 There were many days when she felt defeated and worn down, but continued to work towards her dream. The support of her family and their competitive backgrounds in sports gave Agnew the motivation she needed to push forward. Her father once said, “The best 16-year-old player is not always the best player at 20.” That stuck with her and gave her the determination to continue as a student of the game, and to work towards being the best she could be.

“She’s a kid for whom things have never really come easy, but she has an unbelievable work ethic and drive. I don’t know if there are any doors that anyone can put up that she can’t kick through,” her Ohio Premier coach, Chris King said about her as a player.

Once she made the ECNL team, the work was just beginning. After only a few seasons in the ECNL, Agnew was invited to the ECNL id2 camp. At camp, she was identified by the US Youth National Team staff, acquiring an invitation to camp. She was unable to attend due to her citizenship, which sparked her to reach out to the Canadian federation.

She was not going to sit back and wait for the dream to come to her, she was putting in the legwork to narrow the gap between dream and reality. After emailing the Canadian federation, she was invited to a U17 camp. A mere two years after being on the second team in her youth club, she was headed to play with some of the top youth players in Canada.  Agnew went on to help the U17 Canadian National Team win a CONCACAF silver medal, and was also a part of the U17 FIFA World Cup roster.

While she was making strides and earning personal accomplishments, her ECNL team was working towards a path to winning the national championship. For three straight years their team missed going to the ECNL Finals by one game. Their U18 season was the last chance to make it happen.

The road to the finals was not easy. In the semifinals, Ohio Premier faced the back-to-back National Champions, CASL.  A storm forced the game to be postponed until the next day, with 15 minutes left to play. Agnew was amped, sharing her enthusiasm with her teammates by reciting the speech from “Miracle” (she is from a hockey family after all). 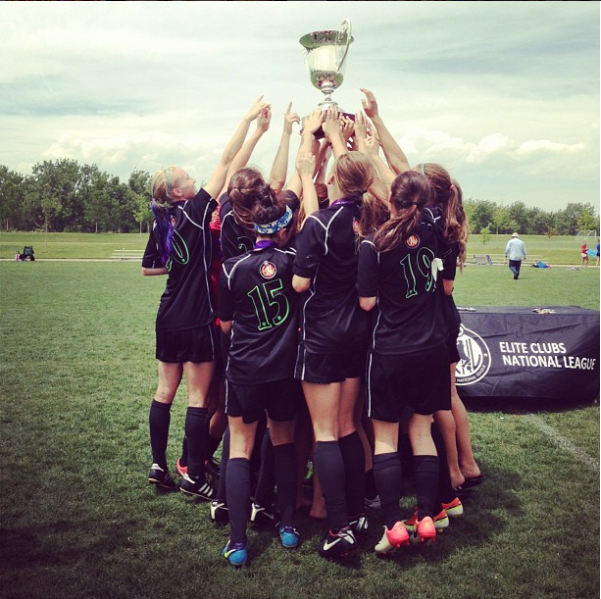 Ohio Premier scored within the 15 minute period to win the game 1-0, advancing to to the ECNL National Finals later that day.  They faced Colorado Rush, the overwhelming favorite to win the National Championship, battling to a 1-0 win for the title.

“I can’t even describe the feeling I had when we won that game. Even to this day, it’s one of the best days of my life,” Agnew said about winning the ECNL National Championship. “We were such a close team, and we were never satisfied because we were missing a National Championship, so going out on a high note and holding that trophy was an incredible experience.”

At Ohio State, Agnew had a solid freshman campaign but was sidelined for two months with an injury. After returning from her injury, she became a three-year starter. Although she was continuously making an impact for the Ohio State team, she knew that her senior year needed to be stellar to be able to continue her dream of playing professionally and making the Canadian National Team.

Agnew captained the team her senior season, leading the team to a top 25 ranking throughout the year.  She led the Buckeyes with 10 goals, eight assists and 27 points,  receiving Second Team All-Big Ten and Third Team All-Great Lakes region recognition.

Following her senior season, her life changed in just a few short days. First, she received the call to go to camp with the full Canadian National Team. An accomplishment in itself.  Two days later, she was drafted in the second round of the NWSL draft by the Washington Spirit. Agnew felt like she was on top of the world.

She was off to National Team camp a few weeks following the draft, playing alongside some of her childhood heroes. In fact, her very first Instagram post was a picture with Christine Sinclair captioned “My hero,” fast forward to now and she was on the pitch with her. Her goal was to soak in as much information and observe the process at her first camp. Her biggest takeaway was the attention to detail, such as time working on the mental game and recovery aspects.

Following her first camp, Agnew made the roster for the Algarve Cup in Portugal. While she did not make an appearance in the first two matches, she earned her first minutes on the pitch yesterday in a 0-0 draw with Portugal. The tie sent Canada to their second straight Algarve Cup Championship, which will be played tomorrow, March 8th. Agnew will return to the states later this week to begin preseason training with the Washington Spirit. She is excited to see what the next level of soccer will bring being on the professional stage.

Agnew, an excellent student boasting a 3.86 GPA, will be graduating this spring with a degree in environment, economy, development and sustainability. She hopes to continue her studies and pursue a master’s degree in business administration. She was awarded Wayne Duke Postgraduate Award, an annual scholarship recognizing one male and one female Big Ten senior student-athlete pursuing a postgraduate degree. Agnew was a three-time OSU Scholar-Athlete, a two-time Academic All-Big Ten pick, a 2015 and 2016 Big Ten Distinguished Scholar and a 2016 CoSIDA Academic All-District selection.

We wish Lindsay Agnew the best of luck in her future endeavors on and off the soccer pitch. Thank you for being #UNSHAKABLE and sharing your story with other Amazing Young Women.

GET TO KNOW | LINDSAY AGNEW