RICHMOND, VA (January 12, 2017) – The Elite Clubs National League (ECNL) today announced Dr. Robin West as the January S’Hero of the Month award recipient for individual and community leadership. As part of Amazing Young WomenTM movement, the ECNL is sharing the stories of S’Heroes who are role models for our nation’s young female athletes who are balancing their drive to become elite athletes with the pressures of fitting in with social peers. 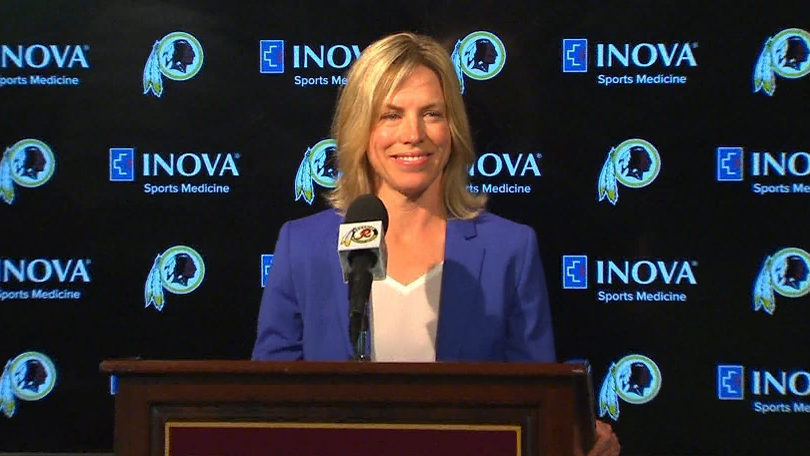 Dr. Robin West is a pioneer for women in the sports, beckoning ESPNW to ask if she is currently the most influential person in the professional sports medicine field. West was the first female to be named lead team physician in Major League Baseball (MLB) with the Washington Nationals in 2015, and became the first female head team physician in the National Football League (NFL) in 2016 when she was hired by the Washington Redskins. She currently holds both of these positions, and continues to practice as an orthopedic surgeon while sitting as chairman of Inova Sports Medicine. She sees patients of all ages and athletic abilities, performing surgery several times a week.

West’s road to success was paved by determination and a great support system. Her interest in becoming a doctor began early on when she asked for an anatomy book at age 5. It was here when she set her mind on becoming a surgeon. Raised by her mother, she was encouraged to follow her dreams. West believed that any goal she set she could reach, and that the options were limitless. Her mother made sure of that, having raised West on her own and desiring the best future possible for her daughter.  West was drawn to math and science, and eventually this passion merged with her love of sports, helping her to narrow her focus on a career in sports medicine.

Sports medicine and orthopedic surgery are areas that have traditionally been dominated by males, with only 4% of the orthopedic surgeon industry being women. This was a non-factor to West when she set her sights on learning more about what this field has to offer. In high school, she was on the boy’s swim team, and often found practicing water polo with her teammates.

West furthered her swimming career as a member of the Johns Hopkins women’s swim team, where her busy schedule made for the majority of her training to occur with the men’s team. She credits her drive and mental preparedness to her athletic experiences and the nontraditional training environments she was exposed to along the way.

Her time as a competitive athlete also helps West relate to her patients, as she knows first hand what they are fighting to get back to. Although each situation is different, the mindset of coming back from an injury is very similar from case to case.  It helps her understand what their goals are and how she can safely assist them to recover, no matter what the expectation.

Recently, the tables were turned, and she found herself in the her patient’s shoes.  West competes regularly in triathlons, and recently was involved in a terrible bicycle accident. This time she was on the receiving end of trauma care. The injury forced her to take time away from work, reigniting her love for her career.

“My mom always told me, you want to find something that you love to do. I hope people can look for that and stay true to themselves no matter what. I hate missing time at home with my family, but I feel the same about time away from my job.  Not a lot of people can say that,” West said about her passion for the sports medicine field. “My favorite thing about sports medicine is that I can take care of athletes of all ages and abilities. I love to challenge myself to make them the best they can be.”

While West is now a leader in her field, she spent 11 years with the Pittsburgh Steelers working under Dr. James Bradley. He recognized her talents early on, especially when working in crisis situations. NFL Hall of Famer Jerome Bettis noted that she had a calming smile and comfort about her. These assets along with her skills as a surgeon are what led her to other opportunities, and eventually to Washington DC to work with both the Nationals and Redskins.

West’s passion, unwavering determination and ability to refine her skillset in her profession are what have made her into the woman who broke the glass ceiling for women in the sports medicine field. She not only broke into the professional sports medicine field; she is thriving in it and making a positive impact. West is highly regarded and thus sought after by professional teams, individual athletes and other organizations. By perfecting her talents and using her maternal instincts, she is whom athletes look to for advice and treatment in injury situations.

West paved her own way, and shares her story to inspire others to do the same.  She is a sounding board for those that dream big, constantly encouraging others to take action and live their own dream.  Anything is possible when you believe in yourself.  Dr. Robin West, you are an Amazing Young Woman. Thank you for sharing your story.

1. Girls drop-out at different rates depending on where they live. Sabo, D. and Veliz, P. (2008). Go Out and Play: Youth Sports in America. East Meadow, NY: Women’s Sports Foundation.