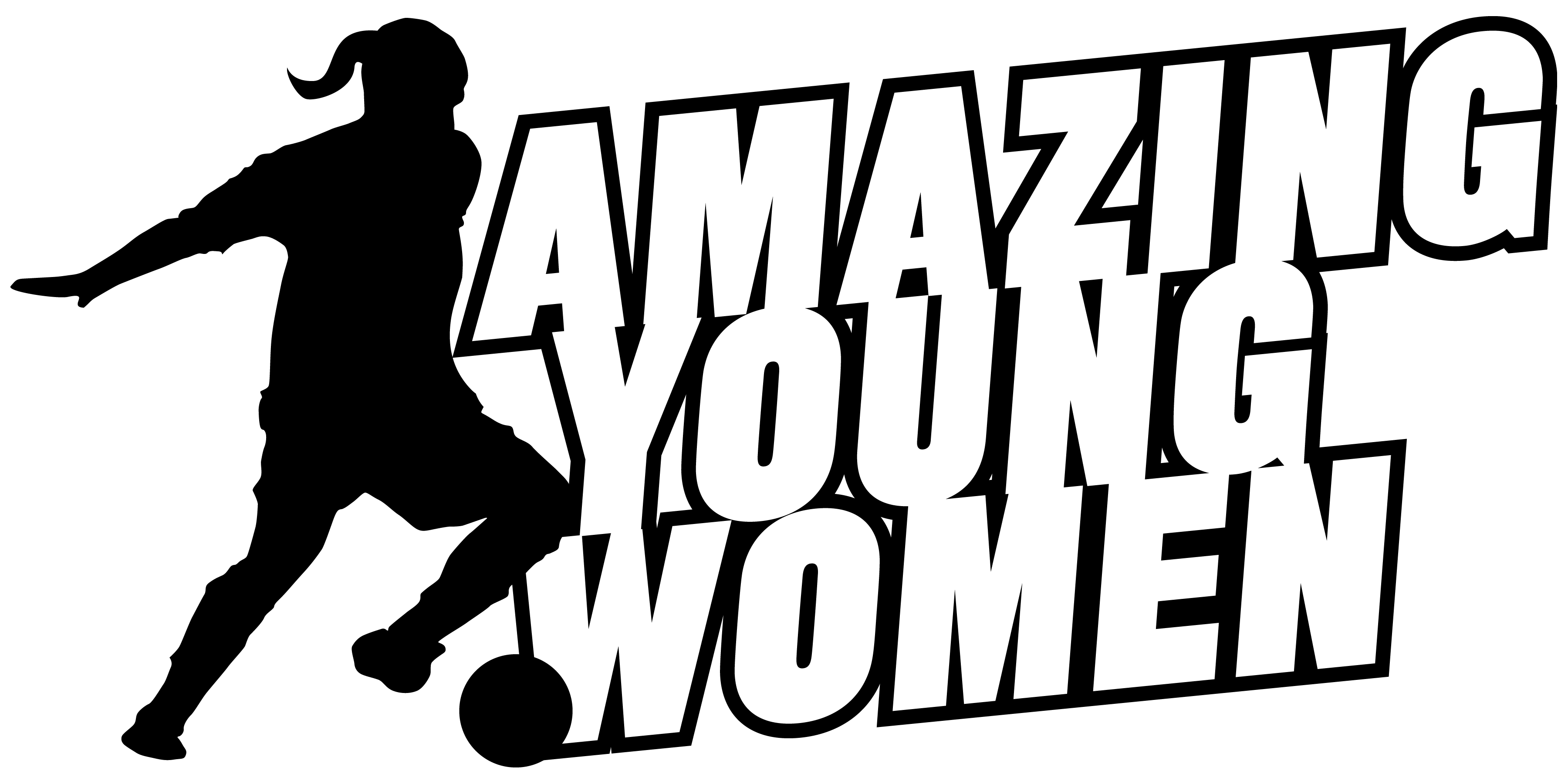 RICHMOND, VA (December 15, 2016) – The Elite Clubs National League (ECNL) today announced Morgan Andrews as the December S’Hero of the Month award recipient for individual and community leadership. As part of Amazing Young WomenTM movement, the ECNL is sharing the stories of S’Heroes who are role models for our nation’s young female athletes who are balancing their drive to become elite athletes with the pressures of fitting in with social peers. 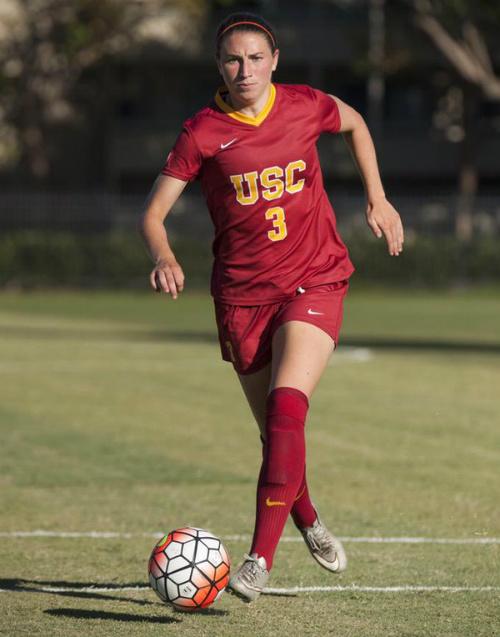 S’Hero – Morgan Andrews
Morgan Andrews is a current senior women’s soccer player at the University of Southern California (USC) and MAC Hermann Trophy Finalist. She is a former NSCAA All-American, Gatorade National High School Athlete of the Year, Youth National Team Player, FC Stars ECNL Alum, and current NCAA National Champion as of December 4th. Morgan’s appetite and energy for the game is contagious, impacting teammates and colleagues both on and off the field.

Morgan’s story begins in Milford, New Hampshire where her passion for the beautiful game sprouted early on. The love and support of her family provided the playing environment her competitive attitude and unwavering spirit yearned for, leading her down a path full of opportunities.  Soccer was the vessel used to open doors.

Nothing came easy, and the value of hard work was engrained from her family, friends and coaches. Morgan was drawn to soccer and relentless in her practice and role as a true student of the game. So much so, her parents started researching soccer clubs that would be a good fit for her, as she was ready for a bigger challenge. Both Morgan and her parents agreed that they needed to find the best club and environment in their area for her to grow as a player and a person.

At age ten, her father reached out to FC Stars in Massachusetts. They did not know it then, but it was the beginning of a never-ending friendship. There may or may not have been some confusion about Morgan’s age at the start, but there was no doubt in her ability to play. She started her youth soccer career with FC Stars playing up two age groups, and holding her own against the likes of Stephanie McCaffrey who became one of her long-term teammates and closest friends.

Morgan was part of a special group of young girls, who grew into amazing young women; all of which went on to play at the collegiate level, pursuing their dream while getting an education. Training was something they looked forward to, and could not get enough of; pushing the limit to be the best every day was all the motivation they needed to work together for a bigger purpose.

“One of my fondest memories from club was at an ECNL National Event. We played particularly poor that day, so we were a bit off.” said Andrews, “I remember going back to the hotel, and everyone met in one room. The lights were turned off, we held hands, and we sang ‘The World’s Greatest’ by R.Kelly. This was the turning point for us, and the mental tweak we needed to fight. It sounds so cliché now, but the emotional bond we shared at this moment is one that will forever stay with me.”

Morgan attributes the commitment and pulse of the team to the expectations set by her coach of eight years, Jason Dewhurst. The relationship amongst teammates, from player to coach, and coach to player was unique and helped mold the character of the team. The connection between all of them is something that you cannot learn, it just is. Limits were challenges to push against and break, and the belief in each other led this group of sisters to a successful youth career.

“Morgan was and still is a remarkable player, and an even better human being.” said Dewhurst, FC Stars Director of Coaching, “She pushes herself and those around her daily, setting the bar high for the next generation of players. I am honored to have worked with her, proud of all that she has accomplished, and look forward to the next chapter she writes.”

The expectation to be the best was an internal voice that constantly spoke to Morgan. Driving her to compete and giving her the confidence to fight for what she wanted. The enjoyment of challenges became her habit, and she shared this with others along the way. As she continued to grow as a player, the decision on where to play collegiate soccer fell at her feet. This was a tough decision, and one that took her on an unforeseen path.

In her freshman year of high school Morgan decided that New England was her home, and she committed to one of the nation’s top programs in Boston College. As she matured and progressed through high school, she came to the realization that she needed to spread her wings. The support system of her hometown will always be there, and she was ready for the next big challenge.  Just as she had done with club, committing to an hour and half drive each way, she was prepared to sacrifice to keep growing.

That being said, she changed her course and committed to the University of Notre Dame. The school, coaches and team made the decision easy.  Morgan went on to play two seasons, earning the ACC Freshman of the Year award, two-time ACC Second Team honoree, notching 13 goals and more while starting every game for the Fighting Irish.

With her sights set on being the best and playing at the professional level, Morgan faced her most difficult decision yet. Commitment to excellence and being a part of a team that shared the same point of view was important.  Changes occurred within the Notre Dame program that were out of her control, but she was in the driver’s seat for her future.  The choice to transfer was a heavy burden, but deep down she knew it was the right move for her. It was a tedious yet exciting process, as she began to search for the next place she would call home.

With the motivation to propel herself further in her soccer career and spread her wings even further, she connected with Keidane McAlpine at USC. Morgan knew that the stars had aligned and she had found her way, jumping in with two feet and taking her game across the country.

Morgan was drawn to the plan McAlpine put in place for the program, buying in from the moment she stepped on campus and never looking back. She went on to earn All Pac-12 First Team, All-Pacific First Team and NSCAA All-American Second Team honors in her first season, tallying twelve goals and four assists, becoming the first Trojan to score a hat trick in an NCAA post season game.

The emphasis of teamwork and the work it takes to maintain one heartbeat as a team is shared amongst members of the USC Women’s Soccer Team. Morgan embodies the spirit of working for a bigger cause, and it shows through her efforts on and off the field. It is this mentality that led her to becoming part of the program, sacrificing a great deal to create her own path.

Morgan recently finished her senior season wearing red and gold, lifting the coveted NCAA National Championship trophy with her teammates to close it out, a perfect ending to a chapter full of change, courage and dedication.

The future is bright, as she maintains her dream to play professionally and becoming an impact player for the next program she joins. Morgan plans to enter the NWSL draft next month in hopes of achieving this goal and adding to her prestigious journey, with the goal of representing her country on the national stage. She will finish her courses and graduate with a degree in Broadcast Journalism this spring, a passion of hers she will pursue after her playing days have concluded.

Morgan is a fearless and tireless worker in the movement of the women’s game. She has the ability to influence and instill positive change in the world through her hard work and example. Morgan is a true leader in her craft. Her courage and willingness to be different, and her drive to push on to the next challenge is commendable and illustrates what it means to be an Amazing Young Woman.

1. Girls drop-out at different rates depending on where they live. Sabo, D. and Veliz, P. (2008). Go Out and Play: Youth Sports in America. East Meadow, NY: Women’s Sports Foundation.

Get to Know Morgan Andrews