RICHMOND, VA (November 16, 2016) – The Elite Clubs National League (ECNL) today announced Kelli Masters as the November S’Hero of the Month award recipient for individual and community leadership. As part of Amazing Young WomenTM movement, the ECNL is sharing the stories of S’Heroes who are role models for our nation’s young female athletes who are balancing their drive to become elite athletes with the pressures of fitting in with social peers.

Studies have shown that driving factors behind girls dropping out of sports include limited exposure to the inspirational journeys trail blazed by positive role models, and social stigma; where player traits that are so valued by teams are often not promoted for young girls.  By age 14, girls are dropping out of sports at two times the rate of boys 1.  The Amazing Young Women campaign encourages young female athletes to embrace their competitive nature, and prove they cannot be shaken from the path to their dreams.  Those recognized as S’Heroes have taken a spirit of leadership and inspiration from the field, and have demonstrated that it’s not just about a phase of your life, but a way of life. 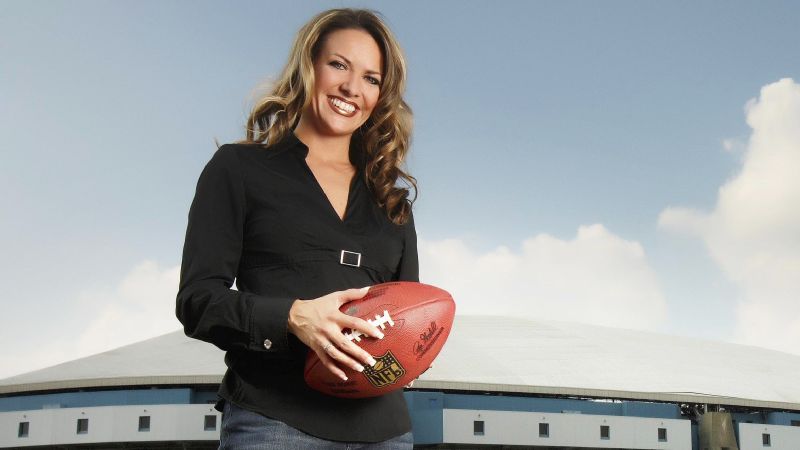 Hailed as a pioneer in the industry, Kelli Masters is a successful sports agent, representing players from the National Football League (NFL) and Major League Baseball (MLB), as well as Olympic athletes. She has been breaking glass ceilings since her career began, becoming the first woman to represent a first-round draft pick in the NFL and putting her on the board as a competitor amongst her peers.  Masters continues to battle the gender stigma in a predominantly male industry, and through each success she continues to inspire the next generation of female sports agents.

The path to becoming who she is today was unlike any other. Masters was a competitive baton twirler growing up, earning a National Championship and being named the World Champion five times. The competitive spirit has always been a part of her DNA, laying the foundation and cultivating a go-getter mindset from an early age.  Masters went onto graduate from Oklahoma University (OU) with an undergraduate degree in journalism, setting her sights on Law School shortly after.

She was accepted into Oklahoma State University, competing in pageants throughout to help support the cost of her education. While continuing her studies, Masters was named Miss Oklahoma and earned a spot to compete in the Miss America Pageant.  The honor to represent the state of Oklahoma on a national stage was exhilarating, but this was not the end game. Masters worked hard, graduating from law school and beginning her career in the non-profit sector.

Though her career as a lawyer was just beginning, it took a turn early on when she met Josh Heupel, former quarterback for Oklahoma and sixth round draft pick for the Miami Dolphins. The retired football player came to Masters looking for assistance with his foundation. Masters was intrigued by Heupel’s request and began to see a need to assist former student-athletes transition into the professional scene. The absence of guidance for these elite athletes was becoming an issue, sparking an interest in Masters to dive in headfirst and educate others.

Masters began the certification process to become a sports agent in the NFL, facing subtle backlash and criticism from male agents. This would not deter her from pursuing her goal of instilling change in the professional sports world, getting confirmation from a fellow female agent, Kristen Kuliga, that it is a challenging environment.

The optimistic outlook Masters conveyed was a perfect match for this new venture. Her approach and core values helped set her apart from her counterparts, showcasing her selflessness and genuine care for each of her athletes. Masters approached her job with the mission of protecting the athletes from the unknown, and setting them up for success as they start a new chapter in their careers and eventually setting them up for their future after footnball.

“Women are different from men, yes, but that does not mean we are not as equipped,” Masters said about the difference between her and fellow male agents. “I laugh about it sometimes because my father was an attorney and was a great negotiator, and my mother was a 2nd grade teacher, and in my opinion, a much better negotiator than him. I do not buy into the perception that a woman cannot handle running a business and all of the demands that come along with it. In a lot respects, I think women traditionally approach obstacles differently and in many cases provide an eye-opening perspective.”

While there are social norms to battle on a daily basis, Masters stays true to her beliefs and has a decorated following of athletes that she represents.  The stigma that “only a man can complete this task” catapults her to educate the next wave of players and their families on what a well-rounded agent can really provide.

As an agent she has negotiated more than 30 contracts in the NFL for individual players, from first round picks through undrafted players, as well as veteran contracts. Masters has also negotiated local and national endorsements, business opportunities, as well as a contract for a feature documentary film for one of her athletes.

She is not only a champion for her players when it comes to the business side though. Masters believes in developing a genuine relationship with each of the players she represents.  From negotiating contracts one day, to planning a wedding or finding a house the next. No matter the challenge, she is committed to fighting for what her clients deserve and constantly looking to prepare them for life as a player and beyond.

Masters has been working for over a decade as a pioneer in her industry, forging a path for many others that join her today. Over the years, there has been an increase in female agents in the NFL and other professional leagues. With this influx, Masters and a fellow colleague began an event entitled “Celebrating the Women of Football”, launching Super Bowl week of 2016. This became an opportunity to come together and become a tight-knit group that shares their successes and battles and champions one another.

“We believe it is important that women do not work against each other.” Masters said about the event and the network it has created, “Women of all experience levels can work together, fight for each other and support each other to try to accomplish great things, because at the end of the day we are stronger together.”

Masters credits her success to the values she learned from competing at the elite level. She began baton twirling at the age of four; competing on the national stage by the time she was eight. Having been retired from the baton circuit for a number of years now, she has realized several of her teammates have gone onto find huge success in their careers, taking on leadership roles.

“Sport is the vessel I used to get to where I am today.  It taught me the meaning of discipline, sacrifice, goal setting and more, and helped shape my competitive nature.  It was the guide I needed to prepare me for the next chapter of my life, I just didn’t know it then.” Masters said about playing competitive sports and her mentality. “I want to spread the knowledge and use it to support others to do the same, no matter what their end goal may be.”

Masters discovered that by sharing her journey, others are inspired to do the same in pursuing their dreams.  The power of perseverance and positive change can have a never-ending ripple effect; the key is to keep the momentum going.  Masters is determined to continue raising the bar personally and for others, to fuel the drive, and to encourage others to never give up.

‘Words of Wisdom’ from Kelli Masters:

Know that you have purpose.  You may not know what it is right now. Life experience is a great thing. Learn those life lessons. Don’t ever let go of knowing that you belong here and you have a purpose. Nobody else on the planet can fulfill what you were put on this earth to do.

Don’t be so hard on yourself. That’s part of being a human being.  We all want approval.  We all want to be loved, and for others to like us. We get so wrapped up in that and are so hard on ourselves that we forget to enjoy life. You are unique, so embrace it and run with it.

Set boundaries. In order to bring excellence to what you do, you must take care of every aspect of your life, including your own physical and mental health. If you are not taking care of yourself, then you will eventually hit a wall. A wall you created. Set boundaries, prioritize your schedule and activities, and learn to say no and delegate.

Don’t compare your reality to other people’s filtered highlights. In the age of social media, people are constantly posting their successes, but we must remember that doesn’t mean their life is perfect. Everyone struggles, has fears, doubts and failures. Learn from them as they come along.

About Amazing Young WomenTM:  The Amazing Young Women campaign is a dynamic platform of online and local market activations that showcase and celebrate female role models offering an aspirational focus for all female athletes and teens as they prepare to be our next generation of leaders.  The ECNL is calling on all of the nation’s women to join the movement to celebrate the endless potential of today’s girls.

Women of all ages can share their personal moments of inspiration where they defined what it is to be #UNSHAKABLE through elevated stories and social media.  Every share and submission helps drive a movement that celebrates the power of what it is to be a girl today.

About Elite Clubs National League ®:  The Elite Clubs National League (ECNL) was founded in 2009 to enhance the developmental experience of female youth soccer players in the United States through: (i) improving the competitive environment through creation of a true national competitive league; (ii) improving the process for identifying elite female soccer players through a systematic scouting and identification program based on national competitions; and (iii) improving the daily training environment at top female youth soccer clubs through developing best practices and training and organizational guidelines for its member clubs.  The ECNL is sanctioned by US Club Soccer and is sponsored by Nike Soccer.