RICHMOND, VA (October 9, 2015) – The ECNL and the Amazing Young Women campaign is dedicated to showcasing the females that have helped shape the league into the top female youth soccer platform in the world.  As part of the campaign, the ECNL is encouraging amazing young women to share their stories. Amanda Schmutz, is the Co-Director of Coaching for U14-U18 girls and the ECNL Membership Co-Director for Heat FC.

Schmutz, a Las Vegas native, started playing soccer at the age of five. She was on one of the only girl’s soccer teams in Las Vegas, playing with her older sister and neighbors.  At an early age Amanda knew that she had a passion for soccer, and she wanted to keep learning about the game.  She was self-admittedly one 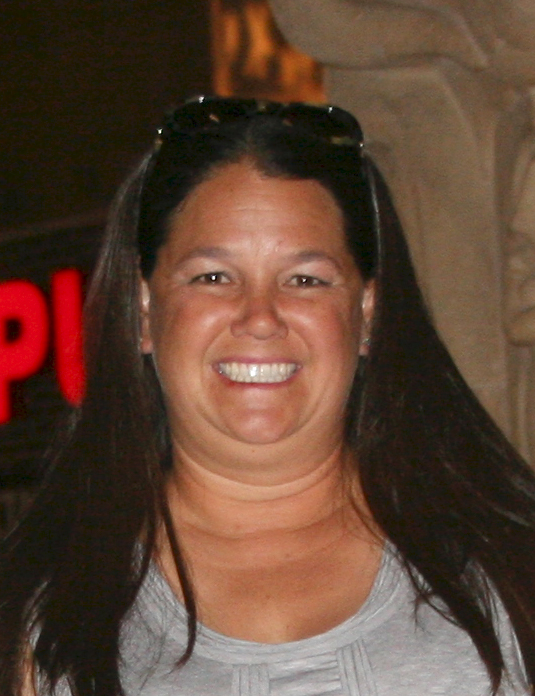 of the weaker players on her team when she began, so her mother worked with every day to improve her skills. Schmutz became a starter on the team in no time and has not looked back.

“My mom is my hero. I have two children of my own, and I cannot fathom spending my summers in the Vegas heat, but she did.  It was at this time that I learned not just what you accomplish at practice, but the extra work that builds character and makes you better. This has really stuck with me as a parent and a coach.” said Schmutz about her childhood soccer experience.

Schmutz became a member of the U19 team at her club, and represented the Olympic Development Program (ODP) for the first time at age 12, continuing to push herself and make the most of her playing opportunities. After high school she continued her career at the University of Utah, becoming one of the first females from her area to play collegiately, blazing the trail for future female players.

While in college she got her first taste of coaching when she helped with both a U10 club team and the ODP program in Utah.  It was at this moment she began to make the transition from player to coach, realizing this could be her next step.  In her final semester at the University of Utah she attended a coaching education course and obtained her USSF “C” License, and has not stopped.  Schmutz has spent the last five years with Heat FC, all of which she has been the Co-Director of Coaching.

The mother of two girls, Tegan, 9, and Bryn, 7, Schmutz is always on the move. Family and soccer are important, and often the paths run together.  Her daughters frequent the sidelines when Schmutz is coaching, and view the ECNL players as role models.

Schmutz is one of the few female coaches in the league, proving that she continues to be a leader in female soccer. She is an example of a strong female who pursued her passion and continues to be a role model to players and coaches alike. The ECNL caught up with Coach Schmutz to learn more about her life both on and off the field.

Q: How would you describe a typical day in your shoes?
A: I work with all five of our ECNL teams. I also work with all of our second and third teams from U15 to U18. Normally I get to the field around 4:30pm and run two or three sessions a night. We travel to games between California, Arizona and Las Vegas. The other component where I work heavily is the college recruiting. That is a part that I get pretty excited about, because it’s the next generation of females that will represent our club.

Q: What is your favorite memory from your soccer career?
A: I think my favorite memory was, as a coach, the first time one of my kids said, “Hey, I committed.” To see the joy on her face that says ‘my next dream is coming true’ is hard to put into words.

Q: What is your favorite ECNL Event and why?
A: I would say my favorite Event is ECNL New Jersey because it is the last big event where everyone is vying for more points and trying to get a higher position. There is something on the line for every team. Everyone is geared up for the ECNL Playoffs.

Q: What is your biggest strength as a soccer coach?
A: That’s a hard question. I think that my players relate to me really well. They know that I’ve been in their shoes, and that when I ask them to work hard it’s for a reason. They know that they can count on me and that I have their back. And I feel the same way about them. I’m always their number one fan, and I’m always on their side.

Q: What three words would your players use to describe you?
A: Enthusiastic, sarcastic and involved

Q: What do you treasure most about your job?
A: Knowing that I can have an impact on these players and teaching females a little bit about girl power. It’s okay to want to win, and to be a woman. I love being a part of the process to help girls find who they are. They don’t need to shrink back, they can live out loud. Soccer is my tool, but at the end of the day I want to help these girls become great women.

Q: What is in your purse/backpack?
A: Hand sanitizer for goalkeeper warm-ups, gum, Chap stick and sun screen… always. We were really excited it dropped into the low 90s the other day.

Q: What did you study in college?
A: Exercise and Sports Science.

Q: Have you traveled outside of the country? If yes, where did you go?
A: Yes, when I graduated college, I went to Germany and France and it was when the World Cup was going on in France, so it was super exciting. I was just out of college so I couldn’t afford to go to any of the games. The entire city was shut down, and they set up big movie screens in the local parks, so everyone got together to watch the games. It was exciting to be in France when they won the championship. The Tour de France was also taking place, so I was able to watch that as well. It was amazing!  I didn’t know anything about cycling, but I definitely became a fan that summer.

Q: If you were stranded on a deserted island, what one thing could you not live without?
A:  Podcasts

Q:  If you could fly anywhere in the world, where would you go and why?
A:  I would go to Madrid and watch El Clasico in the Bernabéu, Real Madrid’s stadium.

Q: What is your absolute favorite soccer drill?
A: All of the players call it Across the River.

Q: What is your favorite hometown restaurant?
A: Probably, Metro Pizza

Q: What is your favorite food of all time?
A: A caprese salad.

Q: What is your favorite emoji?
A: Just a smiley face, I’m kind of old school. J

Amanda, you are an Amazing Young Woman.  Thank you for sharing your story.