RICHMOND, Va. (April 28, 2015) – The Elite Clubs National League (ECNL) today announced Nadia Nadim and Madison Dawkins as the April S’Hero of the Month award recipients for individual and community leadership.  As part of Amazing Young WomenTM and the #BeautifulAmbition campaign, the ECNL sharing the stories of these S’Heroes who are role models for our nation’s young female athletes who are balancing their drive to become elite athletes with the pressures of fitting in with social peers.

S’HERO OF THE MONTH – NADIA NADIM 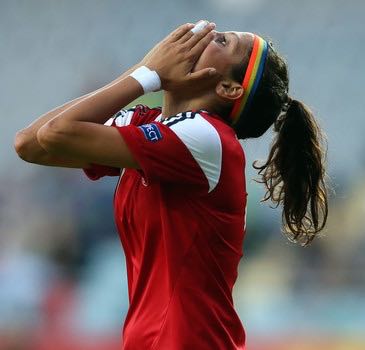 Nadia Nadim is a professional soccer player for Fortuna Hjorring in Denmark’s top division, and currently playing with Sky Blue FC of the National Women’s Soccer League (NWSL) in New Jersey.  She is a tangible example of what it means to live life to the fullest.  Nadia’s passion and energy for the game of soccer is contagious, impacting teammates and colleagues both on and off the field.

Nadia’s story begins in Kabul, Afghanistan where she was one of five daughters born to Hamida and Rabani Nadim. Nadia was 10 on the day her father, Rabani, a General in the Ahghan military was executed by the Taliban, changing the course of her life forever.

Nadia’s mother Hamida fled to Pakistan with her five daughters.  The goal was to was settle in London with relatives, however after riding in the back of a truck for days, the family landed in Denmark.  Grateful to be together and safe, Nadia and her sister’s diligently pursued their educations, something they would not have been able to do in Afghanistan.

Seventeen years later, not only is Nadia a professional footballer, she speaks five languages (English, Danish, German, Persian, and Urdu), and is currently in her fourth year of medical school in Denmark, where, in 18 months, she plans on becoming a doctor to help others in need.

Her remarkable journey has solidified her strong belief in the power of learning. While balancing the demands being a professional athlete with the rigors of medical school, Nadia is involved with From Street2School, a charitable organization working for better conditions for street children in Afghanistan.  From Street2School’s goal is to change the culture so children can go to school and stay out of the harsh conditions on the street.  Many street children in Afghanistan provide for their families, and have neither the time nor resources to attend school, thus they are at great risk for being exploited as cheap child labor, drug trafficking, sexual abuse, and more.

Nadia attributes her love for soccer and the thirst to learn to her father, Rabani, a forward thinking man who taught her the importance of education. Having made a choice not to let the traumatic events of her past define her, when she steps on the field, Nadia plays with contagious joy and a sense of fearlessness.  She has worked her way up to being one of the top forwards in the country, earning her first cap with the National Team in 2009, making her the first naturalized Dane to play for the senior team.  A remarkable accomplishment since she only started playing the game when she was twelve.

“I came, I saw, I conquered is how I chose to live my life.” said Nadim.  “I welcome the next challenge, and will face it with confidence because I believe that I can do anything I put my mind towards.  Nothing is impossible when you have a positive attitude and the courage to make it happen.”

Nadia is fearless and immersed in the movement of the women’s game, paving the way for others to have the opportunity to do the same.  She is a true believer in educating others and making improvements to eliminate all barriers, especially for young women.  Nadia’s drive to serve as an ambassador to the game and share her incredible story, overcoming countless obstacles and becoming the player she is today, defines what it means to be an Amazing Young Woman. 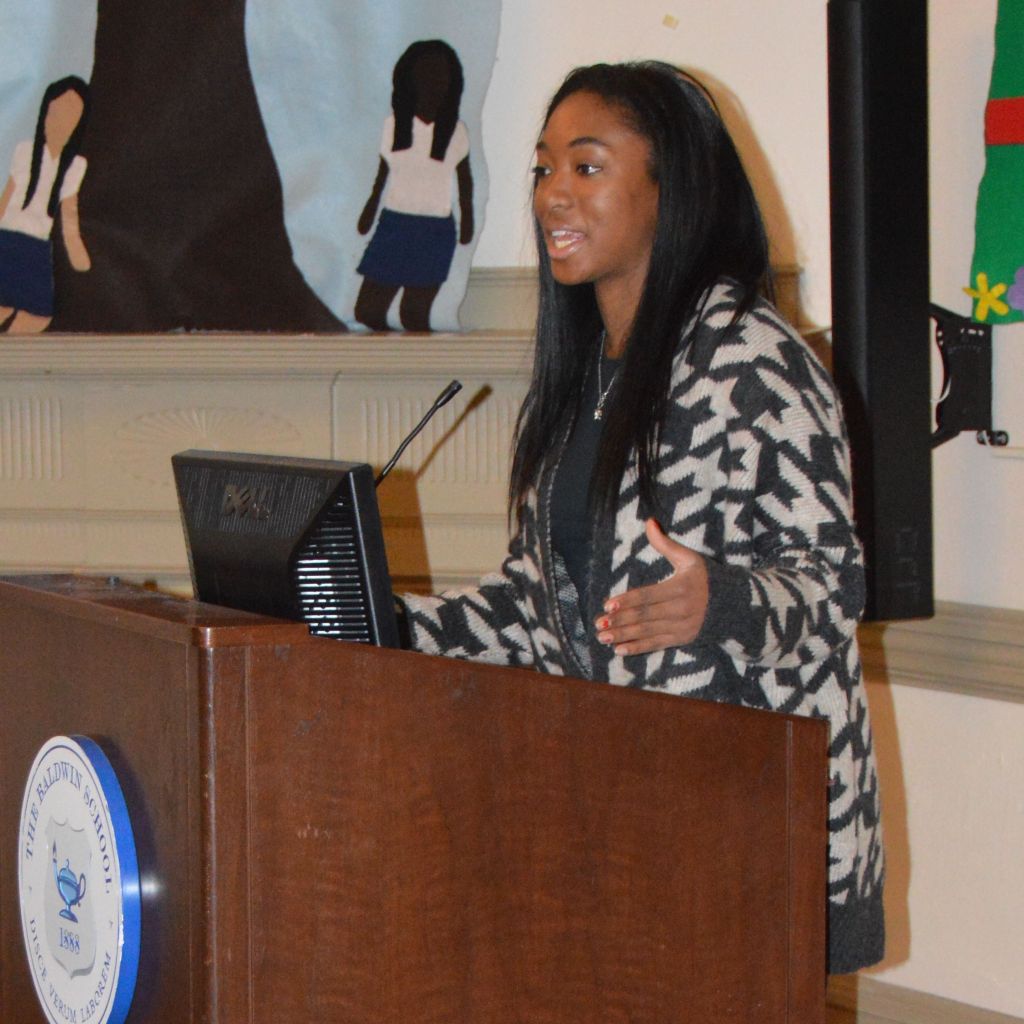 Madison Dawkins is a member of the Continental FC ECNL U18 team and class president at The Baldwin School in Pennsylvania.  She is a current senior and has committed to attend the University of Pennsylvania in the fall, where she has ambitions to study either Political Science or Science.

Madison has been a go-getter from day one, with dreams of leading others and making an impact for the greater good.  Pair the desire to give back with the love of public speaking and get a successful young woman with no limits.  Madison juggles a busy schedule of soccer, student government, peer counseling, and much more, and would not have it any other way.

In 2014 Madison started the Not Equal Yet project after attending the Pennsylvania Conference for Women.  Her experience at the conference solidified her interest in raising awareness on gender issues and finding ways to empower women.  The Not Equal Yet project is designed to educate and empower young women to make a difference by listening to the stories of successful women amongst the community.

Madison was inspired to raise awareness within her community and start a monthly lecture series for high school girls.  She learned about an opportunity to earn a grant through GenHERation, to create a community services project or business initiative, and applied.  Madison was invited to present her idea as a finalist, and won the grant.  Her dream became a reality, scheduling a five part lecture series, where local leaders speak on their path of success.

The Not Equal Yet project has made a big impact within the community.  Madison plans to continue her efforts and expand the lecture series to other communities, pending interest and financial backing, with the long-term goal of being recognized on the national stage.

“I firmly believe that change won’t happen unless people take initiative.” said Dawkins.  “UN Women Goodwill Ambassador Emma Watson is one of my biggest inspirations.  I had the privilege to hear her speak and she asked two simple questions that opened my eyes: ‘If not me, who?  If not now, when?’ By asking myself those same questions, I realized that I could build awareness and make meaningful change for women and girls in my community.”

Madison is an ambitious young woman, and recognizes that she has the ability to spark a movement and influence change for the good.  Her strength and desire to raise awareness and create a space for young women to listen to leaders that paved the way, through the Not Equal Yet lecture series, and her courage to continue to grow this initiative illustrates what it means to be an Amazing Young Woman.

To learn more about Not Equal Yet click here.

S’Hero Awards is part of the Amazing Young WomenTM campaign designed to showcase strong, successful women who embody the leadership ideals first learned and developed on the soccer fields of their youth.  Through the awards, the ECNL is sharing stories, unifying women of all ages, and celebrating today’s young women as they prepare to become tomorrow’s leaders.   The ECNL is calling on all who love sports to join them in supporting youth female athletes as they recognize their own potential, define their individual paths to success, and prepare to be our next generation of leaders by visiting www.AmazingYoungWomen.com and using the hashtag#BeautifulAmbition.

Studies have shown that driving factors behind girls dropping out of sports include social stigma and limited exposure to the inspirational journeys trail blazed by positive role models.  Too often player traits that are so valued by teams are not promoted as “beautiful” traits for young girls.  By age 14, girls are dropping out of sports at two times the rate of boys.  Amazing Young Women encourages young female athletes to embrace their ambitious, driven and competitive nature.  And those recognized as S’Heroes have taken a spirit of leadership and inspiration from the field, and have demonstrated that it’s not just about a phase of your life, but a way of life.