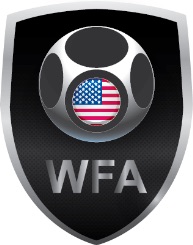 RICHMOND, Va. (April 16, 2015) – The Elite Clubs National League (ECNL) and the World Football Academy (WFA) have announced the second seminar in their collaboration to further coaching development and education in the top youth female development league in the world.

The ECNL and WFA will host a collaborative seminar July 19-20, 2015 in Chicago, Illinois.  The 2-day seminar will include unique instruction from world-renowned experts in periodisation and technical development:

The seminar will also include tickets to the NWSL match between the Chicago Red Stars and the Boston Breakers on the evening of July 18.

The Football Periodisation seminar will be led by Raymond Verheijen, Verheijen has a masters in Exercise Physiology and Sport Psychology, and has worked with multiple professional and international teams, including Holland (Euro 2000, 2004), South Korea (World Cup 2002, 2006 and 2010), Russia (Euro 2008 and 2012), Argentina (World Cup Final 2014) and many more.

The Football Technique Development seminar will be led by Marcel Lucassen.  Lucassen has helped develop some of the world’s top players through his work with the German DFB, including Ozil, Khedira, Marin and Gotze.

Coaches from ECNL clubs may sign-up for Day 1, Day 2, or both days of the seminar.  Registration information will be provided in the coming days.

The ECNL / WFA partnership is one component of the coaching development platform introduced by the ECNL in 2011 with the ECNL Coaching Development Initiative (CDI).  CDIs are held multiple times per year featuring presentations from US Soccer coaching education leaders and youth national team coaches.

About the World Football Academy: The World Football Academy is the world’s leading independent education institute for coaches, staff members and practitioners with departments and events on all the continents. As a major knowledge provider to several FA’s and clubs around the world, the WFA is the prime contractor for thousands of football specialists.