RICHMOND, Va. (March 31, 2015) – The Elite Clubs National League (ECNL) today announced Sonia Bien-Aime and Christen Press as the March S’Hero of the Month award recipients for individual and community leadership.  As part of Amazing Young WomenTM and the #BeautifulAmbition campaign, the ECNL is sharing the stories of these S’Heroes who are role models for our nation’s young female athletes who are balancing their drive to become elite athletes with the pressures of fitting in with social peers.

S’HERO OF THE MONTH – SONIA BIEN-AIME 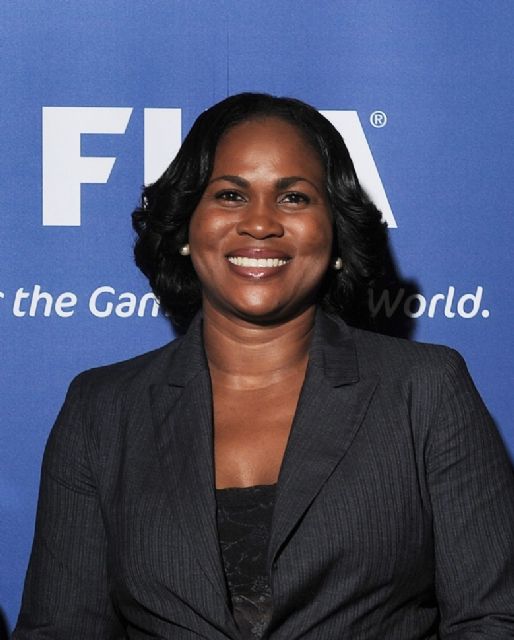 Sonia Bien-Aime is the current President of the Turks & Caicos Islands Football Association (TCIFA) and serves on the Executive Committee for both CONCACAF and FIFA.  She is a true advocate for women’s soccer with a passion to contribute to the development and organization of the sport.

Sonia began her prestigious career as a multi-sport athlete for Turks & Caicos, representing her country in track & field, softball, and football, where she captained the Turks & Caicos Women’s National Team.  She grew up on the island of Grand Turk alongside her four sisters and one brother.  Sonia values family first, and credits the love and support she received to her long list of achievements.

In 2006, after working in the legal field for fourteen years, Sonia’s life changed course.  With a burning passion and desire to contribute back to the game to which she loved, she began her distinguished career as an administrator and trustee of football when she became a member of the TCIFA Executive Committee and elected General Secretary.  While serving as General Secretary, Sonia’s desire for extending the reach and movement of the game became infectious.

Shortly there after, she was named Chairperson for the first TCIFA Women’s Football Committee. However, her commitment to the sport and drive to make change quickly spread beyond Turks & Caicos.  Her impact became global. She became a member of the Caribbean Football Union (CFU) Executive Committee, Chairperson for the CFU Women’s Football Committee, FIFA U20 Women’s World Cup Planning Committee Member, among many others.

The advances Sonia made in sports within the Caribbean led to her most recent accomplishment.  In May of 2013, Sonia was elected to the highest governing body in football, FIFA Executive Committee, and is one of the first women to serve.

“Changing the landscape of women’s football in my region and the world is my mission,” said Bien-Aime.  “I am truly honored to be a part of one of the most powerful governing bodies in the sport.  I embrace the opportunity given to me, and will do everything within my power to make a positive change.”

It was the knocks Bien-Aime took on the field as a centerback and midfielder that that instilled the persistence and dedication needed to make from the tiny island of Grand Turk to the highest chamber of FIFA.

Sonia is fearless and immersed in the movement of the women’s game, paving the way for others to have a voice.  She is a true believer in growing the game and making improvements to eliminate the restrictions of women, and ultimately leveling the playing field for all.  Sonia’s quest to serve as an advocate to make a difference on the sport she loves, and her courage to speak on behalf of others, defines what it means to be an Amazing Young Woman. 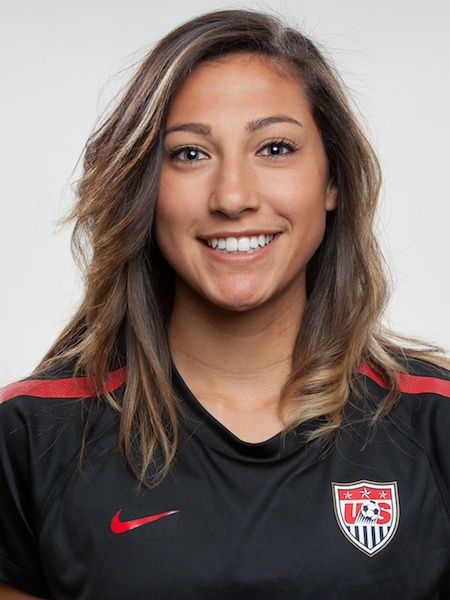 Christen Press is a professional soccer player for the Chicago Red Stars of the National Women’s Soccer League (NWSL) and current member of the U.S. Women’s National Team.  She gives back to the soccer community in her spare time in the role of athlete ambassador for Grassroots Soccer, a charitable organization founded in 2002.

Christen grew up in Southern California, beginning her decorated soccer career at the age of five.  She played youth club soccer for Slammers FC, a Current ECNL Member Club, leading them to a national championship and earning the golden boot award.

After a prosperous youth career she went on to play collegiately at Stanford University, where she is currently ranks as the All-Time Leader in goals (71), assists (41), and points (183).  Christen was the 2010 Herman Trophy Winner, Pac-10 Player of the Year, Pac-10 Scholar Athlete of the Year, and NSCAA All-American, among other honors.

In 2011, Christen was drafted as the fourth overall pick in the Women’s Professional Soccer (WPS) to the Washington Spirit (renamed magicJack when relocated).  In 2012, the WPS suspended operations and Christen signed with Kopparbergs/Goteborg FC in Sweden.  After one year she inked a contract with Tyreso FF, the top team in the Swedish Damallsvenskan league, where she continued her successes.

The Chicago Red Stars signed Christen in 2014 where she went on to be the teams’ leading scorer in her first season, and has earned her way into the U.S. Women’s National Team on a full-time basis.  She is making a statement as a versatile and dangerous attacker for the USWNT as they prepare for the 2015 FIFA Women’s World Cup.

In was in 2014, when she moved back to the U.S., Christen became involved with Grassroots Soccer.  Grassroots uses the power of soccer to educate, inspire, and mobilize in the fight to stop the spread of HIV.  Her role as athlete ambassador allows her to work specifically with the all girls programs.

The mission of Grassroots and the motto Christen lives by when representing the organization is to simply, “use soccer for the good”.  The ability to help those that are determined to make a change in their lives is a reward in itself.  Teaching others how to stay happy and healthy through the sport she loves is what forges the partnership between her and Grassroots Soccer.

“It has always been important to me, as a professional athlete, to do what I can to help people,” said Press.  “The biggest value I find in the entertainment industry is the power to affect change and spread good in the world.”

Christen recognizes that as a professional athlete, she has the ability to influence and instill positive change in the world.  Her courage and willingness to raise awareness for much needed organizations, such as Grassroots Soccer, and her ability to balance this passion with the rigors of being an elite athlete illustrates what it means to be an Amazing Young Women.

S’Hero Awards is part of the Amazing Young WomenTM campaign designed to showcase strong, successful women who embody the leadership ideals first learned and developed on the soccer fields of their youth.  Through the awards, the ECNL is sharing stories, unifying women of all ages, and celebrating today’s young women as they prepare to become tomorrow’s leaders.   The ECNL is calling on all who love sports to join them in supporting youth female athletes as they recognize their own potential, define their individual paths to success, and prepare to be our next generation of leaders by visiting www.AmazingYoungWomen.com and using the hashtag#BeautifulAmbition.

Studies have shown that driving factors behind girls dropping out of sports include social stigma and limited exposure to the inspirational journeys trail blazed by positive role models.  Too often player traits that are so valued by teams are not promoted as “beautiful” traits for young girls.  By age 14, girls are dropping out of sports at two times the rate of boys.  Amazing Young Women encourages young female athletes to embrace their ambitious, driven and competitive nature.  And those recognized asS’Heroes have taken a spirit of leadership and inspiration from the field, and have demonstrated that it’s not just about a phase of your life, but a way of life.