RICHMOND, Va. (March 24, 2015) – The Elite Clubs National League (ECNL) today announced Colleen Williams and Alexis Long as the February S’Hero of the Month award recipients for individual and community leadership.  The ECNL is sharing the stories of these S’Heroes who are role models for our nation’s young female athletes who are balancing their drive to become elite athletes with the pressures of fitting in with social peers.

S’HERO OF THE MONTH – COLLEEN WILLIAMS 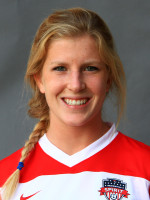 Colleen Williams is a former NCAA All-American, Academic All-American, Hermann Trophy Watch-Lister for the University of Dayton, U23 US Women’s National Team member, and was drafted in the fourth round of the 2013 National Women’s Soccer League (NWSL) Draft by the Washington Spirit.

Colleen grew up in Titusville, New Jersey playing club for the FC Bucks, a current ECNL Member Club.  Colleen finished her club career with a national championship in 2009, and first gained national recognition in 2005 when she broke into the U.S Youth National Team Pool.

The list of accomplishments continued in her collegiate soccer career when Colleen signed with the University of Dayton Women’s Soccer program in 2009.  In four years, she started and played every game, leading the Flyers to three consecutive Atlantic 10 Conference titles.  She was named the Offensive Player of the Year in 2010 and Most Outstanding Player in 2011.  Colleen is a member of the 50/50 club, representing 50 goals and 50 assists in her career, a title she shares with only twenty others.  She is the all-time leader in assists and points, record holder for single-season assists, three-time All-American, two-time Academic All-American, two-time Herman Trophy watch list candidate, among other accolades.

While at the University of Dayton, Colleen was dominant on the field.  However, she proved to be a leader off the field as well.  She started a fundraiser program entitled, “Willy’s Wish”.  The premise behind the program was to collect one-dollar donations from Dayton fans, to help give back to an individual or family in need over the holidays.  Colleen wanted to keep the contributions small to see how many people would become involved and to raise awareness in the community.  On average the program collected $1,000 a year with the help of about 800 people.

In 2013, Colleen was drafted to Washington Spirit of the NWSL.  In her rookie season as a professional soccer player, she suffered a torn ACL, MCL and meniscus, which sidelined her after just six games in a Washington Spirit jersey. After months of rehabilitation and conditioning she came back stronger than ever and mentally ready to prove herself as a player.

It was then that she would face the biggest obstacle in her life thus far – she tore her surgical knee for the second time.  At the age of 23 she knew it was time to retire.  Colleen had made the most out of the sport she loves, and continues to appreciate the life values it taught her along the way.

It is Colleen’s fearless nature and competitive drive that keeps pushing her to higher heights.  She recently moved to Honolulu, Hawaii, to start her new life chapter.  She describes it as “geographical recovery” and could not be happier with her decision to start new, leaving everything she had ever known behind.

Colleen recently applied to a Masters Program at Hawaiian Pacific University, where she plans on studying journalism.  She has accepted the abrupt end of her playing career and looks forward to taking all she learned on the field to her life beyond the pitch.  Her commitment to overcome obstacles and her positive outlook, defines what it means to be an Amazing Young Woman. 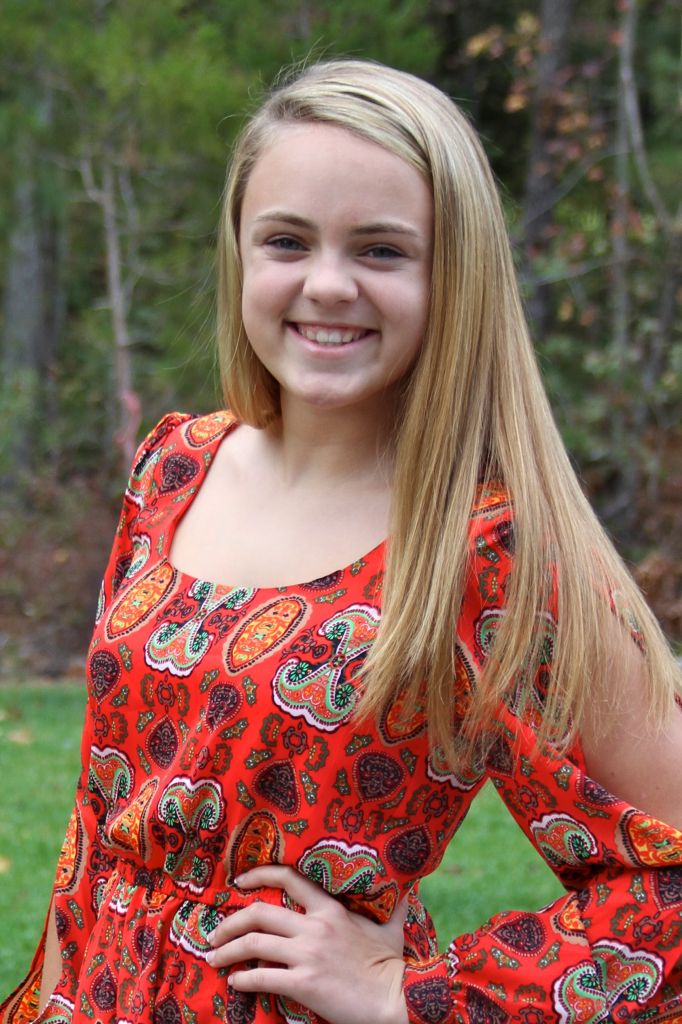 Alexis “Lexi” Long is a current freshman at Deep Run High School in Glen Allen, Virginia, and member of the Richmond United ECNL U15 team who recently qualified for the 2014-15 ECNL Champions League.

Lexi began playing soccer at the age of four and competed in gymnastics until the fifth grade, where she made the decision to follow her passion for soccer.  The team atmosphere, core values, leadership skills, and relationships solidified her decision to commit to the sport she excels in today.

At the young age of fifteen, Lexi has an impressive list of accomplishments on and off the field.  She has appeared in every match for Richmond United while holding her academic performance to the highest standard believing learning is the key to success.  Lexi is one of eight females in the Center for Information Technology at Deep Run High School, a competitive specialty center program in Henrico County.

Voted as one of five class officers for her school, Lexi has contributed to the Christmas Mother since she was in the fourth grade.  The Christmas Mother is an initiative to collect items for local families in need. She volunteers at the warehouse to assist in organizing clothes, books, food, and other items, along with raising money to keep it going.

She is a member of Student Congress, a group of elected representatives from across Henrico County who come together to discuss current issues amongst the school system. Lexi was part of the group that passed the decision to change the grading scale system throughout the county, approving the ten-point scale.  She is proud of this accomplishment and believes it was a positive change for all schools and students within the county.

One of her favorite service adventures is the weeklong mission trip with her Youth Group every summer.  The group visits an area in need and participates with the local food bank, organizing thrift shops, interacting with those less fortunate, and much more.  Lexi is a firm believer in every little bit can help, sharing her stories and thoughts with others to make a positive impact.

Lexi, at the age of fifteen, is a leader both on and off the field, balancing her drive to become an elite athlete with the pressures of fitting in with social peers. Her efforts propel her to new challenges and opportunities, including a nomination to the National Youth Leadership Forum: Engineering and Technology at the University of California, Berkeley and the 2015 High Honors Award Ceremony at Johns Hopkins Center for Talented Youth. However, this summer, she has her focus on Richmond United’s run in the ECNL Champions League.  Lexi’s drive to succeed and desire to give back to others defines what it means to be an Amazing Young Woman.

S’Heroes is part of the Amazing Young WomenTM campaign designed to showcase strong, successful women who embody the leadership ideals first learned and developed on the soccer fields of their youth. The ECNL is calling on all who love sports to join them in supporting youth female athletes as they recognize their own potential, define their individual paths to success, and prepare to be our next generation of leaders by visiting www.AmazingYoungWomen.com and using the hashtag#BeautifulAmbition.

Studies have shown that driving factors behind girls dropping out of sports include social stigma and limited exposure to the inspirational journeys trail blazed by positive role models.  Too often player traits that are so valued by teams are not promoted as “beautiful” traits for young girls.  By age 14, girls are dropping out of sports at two times the rate of boys. Amazing Young Women encourages young female athletes to embrace their ambitious, driven and competitive nature.  And those recognized as S’Heroes have taken a spirit of leadership and inspiration from the field, and have demonstrated that it’s not just about a phase of your life, but a way of life.