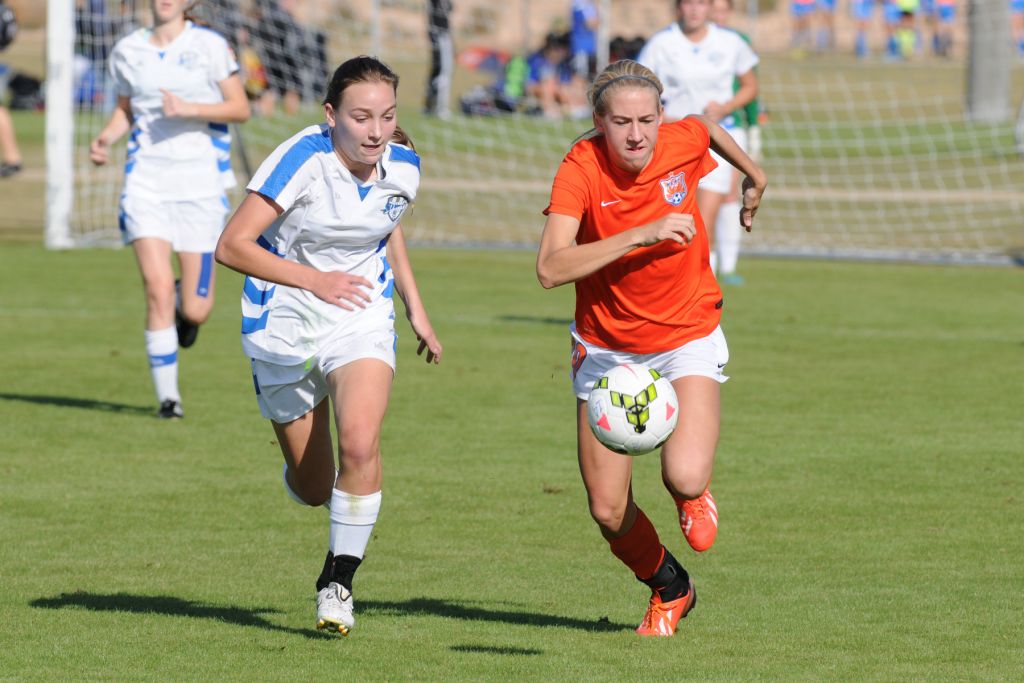 Richmond, Va. (December 16, 2014) – The Elite Clubs National League is the top female youth soccer competition and development platform in the country, consisting of 7 conferences across the United States and 77 member clubs.

ECNL conference competition is the heart of the ECNL, and the primary method by which teams qualify for the post-season ECNL Play-Offs every year.  Conference games feature some of the most heated rivalries in youth soccer, and winning an ECNL Conference Championship is a matter of huge pride for every player.

The ECNL Texas Conference is one of the most competitive conferences within the league, consistently sending multiple teams to the ECNL Finals, and with conference representatives earning several ECNL National Championships over the past few years.

Here is a brief look into each Member Club in the ECNL Texas Conference:

Challenge Soccer Club is one of the oldest girls clubs in Houston, founded in 1987 by Jim Huston and Bob Lyons.  The club has a rich history of success with players that have played at every level.

Dallas Sting is the oldest all-female soccer club in the country, with a long-standing tradition of great players and championship teams.  In 2014-2015, the U17s and U18s continue to show the club’s strength, as they both currently sit in first place.

In both of the last two seasons, the Texans have been listed in the top ten of the ECNL Overall Club Rankings.  Their dominance continues this season, as in the first 43 games of the season the Texans outscored opponents 107 to 42, with 20 shutouts.

D’Feeters SC was created in 1978 as an all-female club, and since 1992 has placed more than 350 players into Division I college soccer.

FC Dallas is a relative newcomer to youth soccer compared to some of its rivals in Texas, but the club has quickly established itself as a top level women’s soccer club.

Lonestar SC, founded in 2004, is a full service youth soccer club with over 6,000 players of all levels of play.

Solar Chelsea ECNL U14 & U15 are currently at the top of table in the conference, with only a handful of games left to play in the regular season.

TSC Hurricane is the largest and most competitive girls club in Oklahoma, with 100 competitive teams.  TSC is the only ECNL Member in Oklahoma, drawing the top players from throughout the state.

Texas Rush is the youngest club in the conference, established only ten years ago.  Despite its relative youth, Texas Rush have sent more than 130 players to college within that time frame.