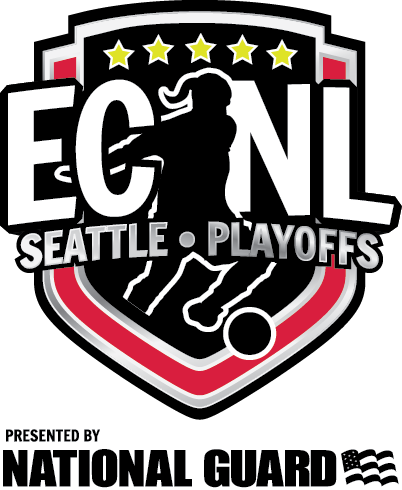 RICHMOND, Va. (June 11, 2014) – After 10 months of grueling competition, where the country’s best female youth soccer teams faced each other in conference and national event games all over the United States, the qualifiers for the 2014 ECNL post-season have been determined.  On June 12, in a video-taped draw, each of these qualifying teams will learn their opponents for the 2014 ECNL Play-Offs in Seattle, WA.

Every team in the ECNL Play-Offs in Seattle will be competing for a championship or the chance to advance to the ECNL Finals depending on their age group.  At the U14 and U18 age groups, the ECNL Champions League National Champions will be crowned in Seattle.  The 16 qualifying teams in each age group will compete in a group stage, semi-final, and championship.  At the U15, U16, and U17 age groups, qualifying teams will be competing to advance to the ECNL Finals as part of either the ECNL Champions League or the ECNL North American Cup.

In each competition, (ECNL Champions League and ECNL North American Cup), the qualifying teams were seeded based on their results over the entire season.  The top 8 teams in the ECNL Champions League will be seeded as the Top Overall Seeds.  Remaining teams will be placed into different seeding pots, from which they will be drawn and placed into play-off groups in each competition.  Each play-off group will include four (4) teams playing a 3-game round robin to determine the team that will advance to the ECNL Finals.

“Qualifying for the ECNL Play-Offs is one of the most difficult things to do in youth female soccer, requiring players and teams to prove their quality and mettle against the very best in the United States game after game, over 10 months,” said ECNL Commissioner Sarah Kate Noftsinger.   “Just looking at the list of qualifying teams is exciting, and the emotion on the field in Seattle will be tremendous.”

The ECNL Play-Offs draw for each age group and competition will be released via delayed broadcast on Thursday, June 12, 2014 at 7:00 pm ET on the ECNL YouTube channel (http://www.youtube.com/theECNL).

Links to blank brackets for each age group are below:

The ECNL Play-Offs is the most exciting week of youth soccer in the year, with the country’s best on display for everyone to see.  Watch the ECNL Play-Offs Draw to see the unbelievable match-ups that will take place in 2 weeks, and to get a glimpse of the drama that will unfold as the ECNL Champions are crowned.

About Elite Clubs National League:  The Elite Clubs National League (ECNL) was founded in 2009 to enhance the developmental experience of female youth soccer players in the United States through: (i) Improving the competitive environment through creation of a true national competitive league; (ii) Improving the process for identifying elite female soccer players for the U.S. Soccer youth national teams through a systematic scouting and identification program based on national competitions; and (iii) improving the daily training environment at top female youth soccer clubs through developing best practices and training and organizational guidelines for its member clubs.  The ECNL is sanctioned by US Club Soccer and is sponsored by Nike Soccer.  The Army National Guard is the official military branch of the ECNL.